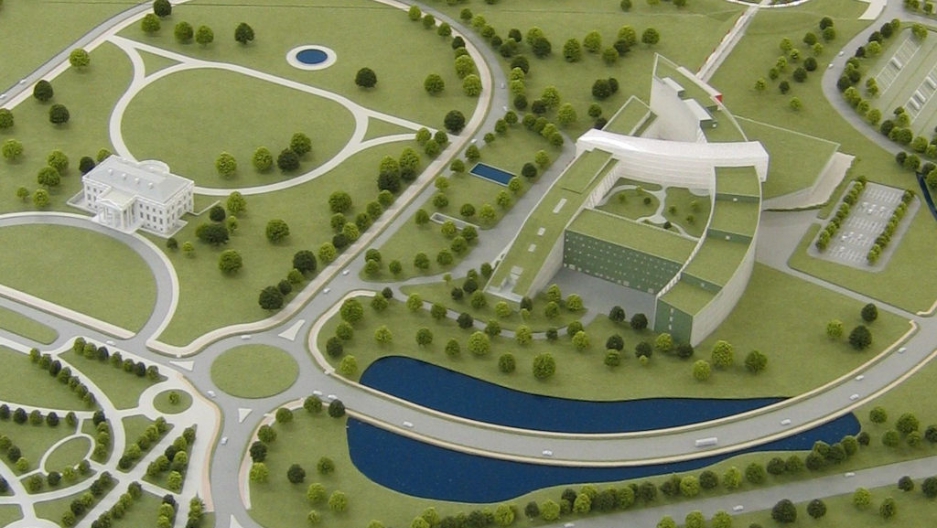 Irish authorities have approved a new casino complex, based on this model, which will include a full-size replica of the White House and Lafayette Park.
Credit: Courtesy of Unicorn Public Relations
Share

Just 550 people live in Two-Mile Borris, which is situated in the heart of rural Ireland. At the moment, the village consists of a Catholic church, a primary school, a post office, a couple of pubs and two shops.

This week, however, Irish authorities gave the go-ahead for a 460 million euro ($658 million) casino complex in this tranquil hamlet. When completed, the 800-acre development will include a full-size replica of the White House in Washington, D.C., which will serve as a banqueting facility and will have a chapel for weddings.

The faux White House is intended as a memorial to James Hoban, an Irish architect who emigrated to the United States in 1785 and won a competition to design the real thing. The developers also foresee a 500-room, five-star hotel, horse racing and greyhound racing tracks, a golf course, and a heliport for high-rollers. A 65,000-square foot casino will act as the resort's financial engine.

The decision by the Irish planning authority, known as Bord Pleanala, to allow the construction of the 1.75 million-square foot complex came as something of a shock, since the plan faced a raft of official opposition:

However Bord Pleanala gave the go-ahead for what the Irish Times described as “this outlandish proposal” on condition that 63 conditions were met.

The principal investor is Richard Quirke, a former police officer who runs Dr Quirkey’s (sic) Good Time Emporium gaming arcade on Dublin’s O’Connell Street, and who has sought advice for his grandiose plan from Caesars Entertainment Inc. of Las Vegas. He has the strong support of Michael Lowry, the discredited but locally popular independent member of parliament for Tipperary North,       who was first approached by Quirke for his backing three years ago. Lowry, whose financial affairs are being investigated by the Criminal Assets Bureau and the Bureau of Fraud, ignored a motion of the Irish parliament, the Dail, in March to resign his seat over the controversial awarding of a mobile phone license that he made as a government minister.

Lowry predicted Tuesday that work on the development could start in the autumn, once the government has given expected legislative approval.

Casinos are now illegal in the Irish Republic, though there are about 50 small casino-type venues — some owned by Quirke — which operate as private clubs.

Despite potential drawbacks, Ireland could use the economic boost from a new project, as it tries to meet the terms of a bailout that became necessary following the collapse of a real estate bubble in 2008. The casino project is expected to create 1,000 jobs during construction over three years and up to 2,000 full- and part-time jobs when completed.

The Irish planning authorities took into account the fact that gambling is already well-established in Ireland: Betting shops are legal and and the country is a hub for internet gambling services.

However, some analysts questioned whether the casino would have a negative financial impact in the long run due to its effect on small local businesses should residents begin to spend their disposable income gambling. The experience of Atlantic City, N.J., is often cited in this regard. The number of independent restaurants in the city dropped from 48 in 1978, the year casinos opened, to 16 a few years later, and one third of the city’s retail businesses closed.

Aside from economic concerns about the casino, senior officials in the Department of Justice drew up a report in October 2010 that warned of an extreme negative impact on Irish society. It pointed out that one in three gamblers would be compulsive, that casinos increased criminality and debt, and that casino gambling corrupted governments by making politicians dependent on casino taxes and contributions.