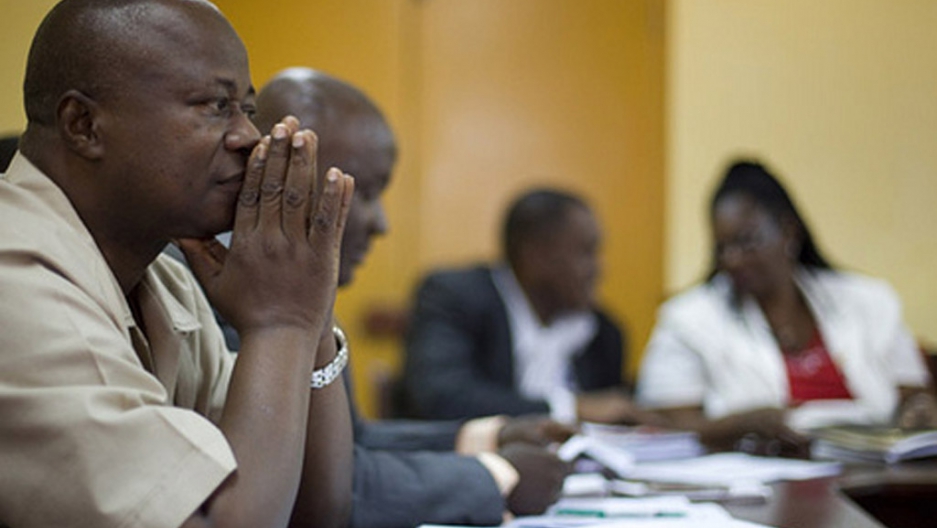 On April 27, 2010, Sierra Leone launched its new health care initiative — free health care for pregnant women, new mothers, and young children, just five months after President Ernest Bai Koroma of Sierra Leone announced the plan at a donor’s conference at London. The initiative forced the country to tackle some of the problems of the health problems head-on, forcing the government to work with development partners, and international donors such as the World Health Organization, UK’s Department for International Development, and UNICEF.

Sierra Leone is part of the Ministerial Leadership Initiative for Global Health at the Aspen Institute, that works with countries’ ministries of health to make progress in health financing, donor harmonization, and reproductive health. Along with MLI countries Ethiopia, Mali, Nepal and Senegal, Sierra Leone shared some the successes and challenges of county-led development in health at the Global Health Council Conference this week.

GlobalPost spoke with two of Sierra Leone’s key health officials, Dr. Samuel Kargbo, director of reproductive and child health and Dr. Kisito Daoh, chief medical officer, about going from a barely functioning health system to the one they have in place now.

Can you explain what health care in Sierra Leone was like before April 27, 2010?

Before we had free health care, people would only come to the hospitals when they were at the point of death and there was virtually nothing that one could do. Hospitals had become kind of like a cemetery. It was almost as though people had come to deposit the body in a morgue.

People were living in places far away from the hospital, and no matter what medication you gave to them, they never seemed to get to the hospital on time. And this was simply because there was no public transportation in those areas.

What were some of the challenges you faced?

As a minister of health, you may be tempted into thinking that if you make a very good hospital, have the best staff, the best drugs, then health will improve. It will not improve. It will only improve if people are brought to hospitals early; people who are brought to hospitals early are saved. But when the roads are terrible, and there is no communication, and women come to the hospitals very, very late, the only thing that you will get is a bad name. Because if you touch every patient that comes in the last hour, what is going to happen is that all of them are to die on the operation table.

A national population survey in 2008 showed that people were not coming to health facilities to access health care. The singular reason that they were not coming to health facilities was because cost was attached. And so, [President Ernest Bai Koroma] announced that cost was removed. When you introduce free health care, you ask the question, why are people charging for health care? The answers are, because the [health workers’] salaries are low. The second thing is that because there isn’t easy access to drugs, the staff has to bring the drugs themselves. So then, you say, if we want to give free health care, we have to give health workers bigger salaries, and then we need to get a system for giving drugs. So, we bought drugs and supplies. Then we realized that because we had not been getting drugs into the system in a formal way, [we] had to put in a logistical system for the supply of drugs.
And then we had absentee workers, people who were working but weren’t on the payroll. And then we had people who were on the payroll, but they were working elsewhere. And then we had ghost workers, people who were on the payroll but no longer worked for us. And so we had a company to come and clean up the payroll, and put in a system of registration.

Do you think that this is a system that should be implemented in other countries?

Free health care [like the system implemented in Sierra Leone] should be feasible for every country. But, you need a multi-sectoral approach to create an impact. You need to address the education of the women, the empowerment of the women, transportation, and communication. What you need is centralized, bold leadership; in Sierra Leone it was the President who said that he wanted free health care, and it was this that made it possible.

What have you learned?

Well, health facilities used to have only one or two deliveries a day. And now, with free health care, you have maybe 10 deliveries. Many of them are at night. Now, these health facilities did not cater to night time; there was no electricity. So all of a sudden you are forced to be doing things in the dark. Quality gets compromised.

Another thing: There was no running water in the health facilities. You get one small bucket, because you had one patient.Now, that you have 10 or 20 patients, you need more water. You are forced to wash your hands in the same bucket of water many, many times. So then, the next thing you are forced to consider is that, how are you going to get running water to the health facilities?

These were all things we wanted to fix during the [civil war from 1991 to 2002], but we couldn’t get donors or partners to agree with out because they didn’t see the need. For example, I would say, ‘Please come fix the waste disposal,” and they would say, “Well you don’t have waste, you have such few patients.” Now we have more patients.

Why do you believe country ownership is vital to success?

It is very much vital. Without country ownership I wonder what else would succeed. I wonder how long it will sustain itself. It may succeed, but will it sustain? But with country ownership even if success wasn’t seen in the initial period, people will still continue that belief that what we’re doing is right. Everyone in the country knows that this is good, so even though we may see the ups, we may see the downs, we still continue to be confident in the fact that we are on the right track.

Dr. Kisito Daoh talks about some of the things he has learned in the year that Sierra Leone’s new health care system has been in place

Did propelling this initiative forward allow you to fix existing problems within the health system in Sierra Leone?

A: We created subcommittees to look at a thematic areas to come up with what we really had, what needed to be done. One of the key things that changed the whole picture was the fact that it would not have been successful if people had not had an improvement in the salaries. At a time of the discussions around implementing the free health care, we had extremely low salaries for the whole group of health profession. So their salaries were raised, for some people as high as 300% of the original salaries. That was for health workers.

Apart from that, the numbers of health workers were grossly inadequate. Most of the staff that we had in our facilities were volunteers, were not on the government payroll. So we had increase of over 1000 health workers.

Also, we realized that the facilities were not prepared for the numbers. We realized the beds were grossly inadequate, we would find two, three kids in one bed because we had never seen such a number coming into the health facilities.

Even now, there is not a single pillar of the health system that we do not think has improved.

What are some of the challenges that you faced?

Because of the reduced number of health facilities and health workers, drug distribution became one of the biggest challenges that we had. Drugs would come to the center, district headquarter town, but then to move them out from this to the various facilities some of which can be like 100 miles with bad roads became a big problem. You now needed smaller trucks to move the drugs to the various facilities. That was one of our biggest challenges. But again with our partners, but it has proven to be something that we can solve.

There is a very strong move to improve on the lessons learned in the last year. For example, to make sure that we do have a transport system from the district headquarter town to the small facilities at the periphery.

Free health care has made us realize even more that the challenges that we need more resources. We need more finances.

Are you worried about donor fatigue and sustainability in terms of being keeping the fund-based model alive?

Sustainability is a challenge. For now, and the very near future, the project would still require that we still get support from partners. Maybe in the future, we would have a revenue based model to support this, but I think it in the immediate future we would still be needing support from partners. But again there is the belief that we all got into this venture together, and because of the very laudable goal that we have, and I’m not sure that the partners will let us down.

Because of the very high increase of people attending for malaria, we can easily say that with the availability of drugs that there is a reduction in deaths due to malaria. The immunization coverage rose.

We have seen results. Now that the drugs were available, the services were provided free of cost, people were actually coming to the facilities. The big goal that we are looking at has been achieved.