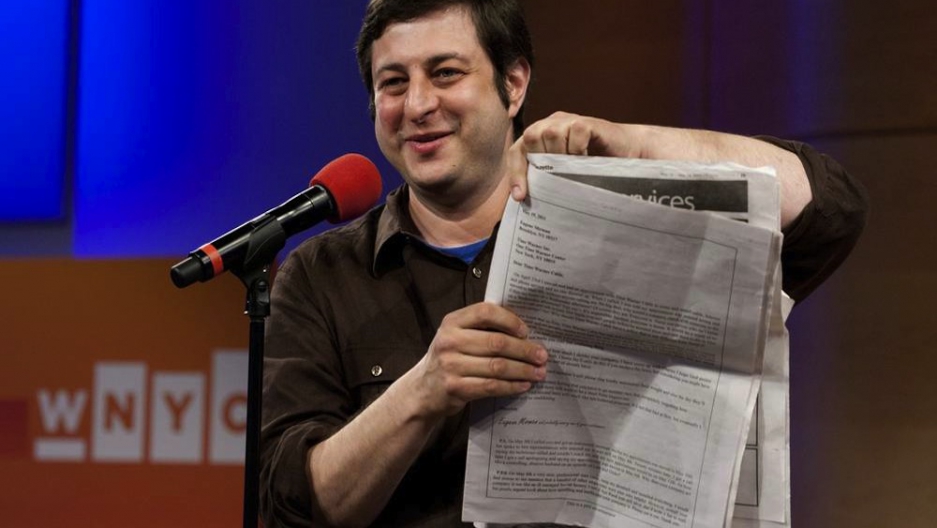 Photo of Eugene Mirman holds the full-page attack ad against Time Warner Cable he placed in The Greenpoint Gazette. (Photo by Aaron Epstein)

The Brooklyn-based comedian Eugene Mirman is the stand-up king of hipsterville. He was a regular on the HBO series Flight of the Concords and now appears on Adult Swim's Delocated -- and you can see him on YouTube inventing slogans to promote Canada.

And when Time Warner Cable crossed Mirman, he got even. After a series of disappointing customer service experiences with the cable company, Mirman took out full-page ads in the New York Press and the Greenpoint Gazette expressing his displeasure.

The ad was so effective that a representative of Time Warner Cable felt inspired to respond. He said that Mirman has "got a pretty good point," and then went on to talk about what a big fan he is.

You can watch a video of Mirman reading his letter below: