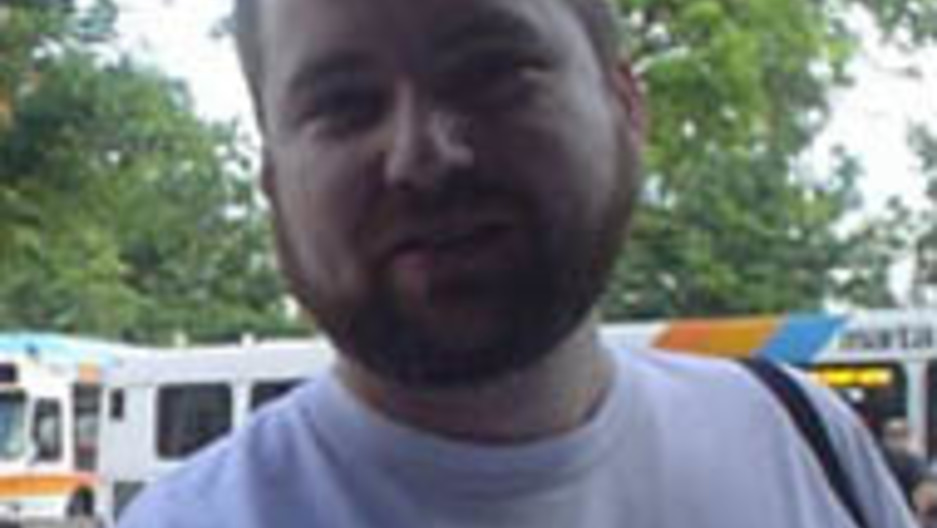 Share
With the continuing difficulty of getting independent information from inside Syria, many people have been relying on bloggers who live in the country. One — Amina Abdullah Arraf — had drawn thousands of followers writing as the "Gay Girl in Damascus ". But Monday there was a shock for her supporters. The Gay Girl in Damascus, it turns out, is really a straight American man living in Scotland. Arraf's online tales of life in a nation in revolt, of her attempts at lesbian romance inside a repressive regime made compelling reading. But she is actually a he. Meet Tom MacMaster, an American studying at university in Edinburgh. "It was a fiction, but the facts that I was presenting about Syria, about Islam about the Middle East about all of these things are true. And it was just getting people to listen to them and not pay attention to, you know, the man behind the curtain," he said. MacMaster actually created what he calls the "character" of Arraf several years ago, but only began blogging as her in February. Now, other lesbian, gay, bisexual and trasngerered — or LGBT Syrians say they feel betrayed. Danny writes his own blog from Syria under a pseudonym. "He actually caused so much harm with this, what he called the harmless blog of his because firstly he pushed the LGBT community in a Middle Eastern country where homosexuality is a sin into a political game that the LGBT community is too weak, far too weak to be able to handle," Danny said. Then there are the people MacMaster managed to hurt in a far more personal way. Jelena Lucic only recently discovered that MacMaster had appropriated her photograph as the face of his fictitious character. "It puts me in serious danger because obviously we are talking about Syria, which is lots of serious things going on at the moment and my face being in front of the blog or any kind of page has been very distressing," Lucic said. Lucic is a Croatian woman living in London. And she's not just worried about her own safety. "What gave him the right to use my picture to represent Amina or anybody else?" she asked. "This is a breach of my privacy. It raises so many questions . It was upsetting for so many people who genuinely supported the cause. He completely ruined the cause. This is now a joke." Writing as Arraf, MacMaster also developed several strong online relationships — including one Canadian woman who believed they were in a relationship. A blogger living in Israel named Elizabeth was also fooled. "I corresponded a few times over Facebook with who I thought was Amina and seemed like a very lovely and funny and nice person. I thought that I was talking to a real person and when I read the blog about the kidnapping I was terrified," Elizabeth said. It was that fake kidnapping, announced on the blog last week by Arraf's fake cousin, that fuelled suspicions. Her story began to unravel as U.S. officials said they had no record of her, even though she clamed to be a dual Syrian-American citizen. MacMaster has spent the day attempting explanations and issuing apologies. He has variously admitted to naivete, vanity and insensitivity in interviews — now he's wishing for one thing. "People should stop focussing on the hoaxer, and really be focussing on the most important people who are the real people suffering in Syria, throughout the Middle East, where the concern really needs to be," MacMaster said. After criticizing media outlets for their coverage of the region, MacMaster has now admitted to lying and deception. Far from aiding the cause of activists in Syria, he appears to have handed the government there a chance to question the integrity of anyone who speaks out against it. new TWTR.Widget({ version: 2, type: 'search', search: 'Amina', interval: 6000, title: 'What people around the world are saying about ', subject: 'the fake Amina blog', width: 550, height: 300, theme: { shell: { background: '#ffffff', color: '#000000' }, tweets: { background: '#ffffff', color: '#444444', links: '#1985b5' } }, features: { scrollbar: false, loop: true, live: true, hashtags: true, timestamp: true, avatars: true, toptweets: true, behavior: 'default' } }).render().start();