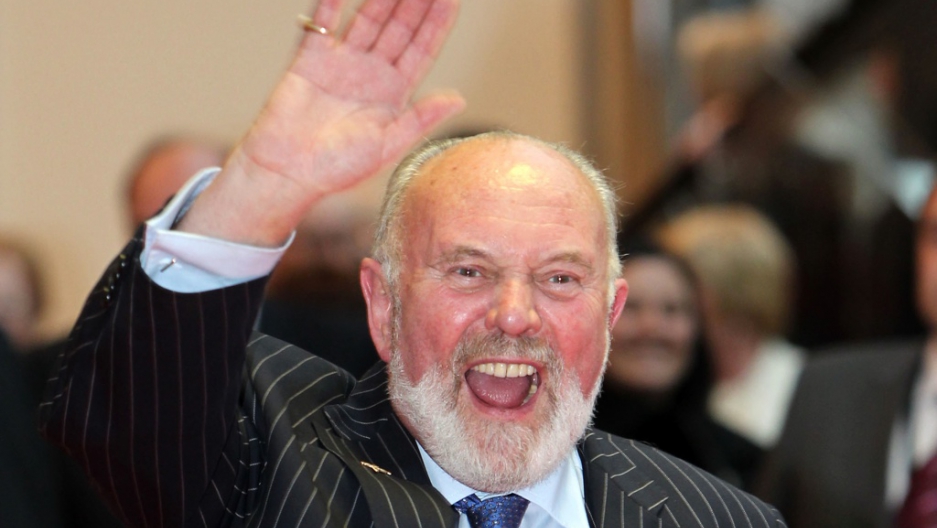 DUBLIN, Ireland — It has no executive functions and involves long hours of tedious work, but hopefuls are lining up to compete for Ireland’s presidency in an increasingly acrimonious election.

An early favorite, independent Senator David Norris, could become Europe’s first openly gay president, though his campaign is in danger of imploding over what he calls “a deliberate smear campaign” against him by sections of the media.

Norris was joined in the fray this week by Niall O’Dowd, an Irish-American publisher who says Ireland is “closer to Boston than Berlin,” and Pat Cox, a former president of the European Parliament who believes the opposite.

Behind them are a dozen or so other contenders jostling for nominations for the post President Mary McAleese has held for the last 14 years. Nomination for the October election requires the support of four of Ireland’s 34 city and county councils, or of 20 of the 166 members of the Dail, the lower house of the Irish parliament. For now, men lead the field competing for the post held by a woman for more than 20 years.

Norris, a noted James Joyce scholar and a popular broadcaster, was thrown on the defensive this week by the resurrection of remarks he made nine years ago about pedophilia.

Journalist Helen Lucy Burke unearthed an interview he gave in 2002 for Magill magazine in which he spoke freely about his attitude toward sex. Norris said in Magill that he did not find children sexually attractive “but in terms of classic pedophilia, as practiced by the Greeks, for example, where it is an elder man introducing a younger man to adult life, there can be something said for it.”

A January opinion poll showed the 66-year-old Norris having more than twice the support of other prospective candidates, but analysts in the Irish capital say that to have one’s name in the same sentence as the word “pedophile” is politically disastrous. The controversy is likely to deter those who were considering Norris for president to show how progressive the country has become since homosexuality was decriminalised in 1993.

A champion of liberal causes in the Irish senate, Norris this week reiterated his condemnation of pedophilia and his abhorrence of any sexual contact with children, and claimed copies of the Magill article were being distributed around the country to discredit him.

O’Dowd, 58, who holds dual Irish and U.S. citizenship and is close to Bill and Hillary Clinton, claims he would be “the best salesman the country ever had.” The Tipperary-born journalist and publisher emigrated to the United States in 1985 and settled in New York, where he founded Irish America Magazine, Irish Voice newspaper and a global Irish website called Irish Central. He will campaign as someone who was closely engaged in the Northern Ireland peace process and can exploit the untapped potential of the Irish diaspora for tourism and economic development. (Full disclosure: O’Dowd is a friend of mine.)

As a veteran of European politics Pat Cox, also 58, is seeking to win the nomination of Fine Gael, Ireland’s largest political party, but may suffer from a perception of opportunism, as he applied to join the party only this week. He is the only candidate who can claim to have on-the-job training for such a high office, having served as president of the European Parliament from 2002 to 2004. However there are several long-serving Fine Gael members also seeking the party nomination, including Mairead McGuinness, a Member of the European Parliament (MEP), and former MEP Gay Mitchell.

Fine Gael had approached poet Seamus Heaney about running, but the 72-year-old Nobel Laureate said he would only accept the party’s nomination if he was unopposed in the election.

With the Norris campaign in trouble, the smart money may shift to Fergus Finlay, chief executive of Barnardo’s children’s charity, who is competing for the Labor Party nomination against former arts minister Michael D Higgins, and former senator Kathleen O’Meara.

Long a backroom political strategist, Finlay was closely involved in the successful effort to elect independent human rights lawyer Mary Robinson as president 21 years ago. He has an air of gravitas — a quality that voters are likely to appreciate in a potential future president.

Others who have declared for the presidency include disability rights campaigner Mary Davis, and respected Fianna Fail MEP Brian Crowley.

Once a sinecure for political dinosaurs, the job has acquired a higher profile in Irish life since Robinson broke the mold in 1990 and defeated a government candidate. Robinson stepped down before completing her term, and was succeeded in 1997 by Mary McAleese, who capped a successful presidency last month by hosting Britain's Queen Elizabeth and U.S. President Barack Obama.

The president is head of state and supreme commander of Ireland’s tiny defence forces, and is required to act as the nation’s top ambassador, to be a national comforter in times of crisis and to provide a regal presence on state occasions.

However under the Irish constitution the government exercises all executive functions and the president may not take political initiatives without government approval.

The spoils of office include a mansion in Dublin’s Phoenix Park known as Aras an Uachtarain (house of the president) and a salary of 325,000 euros which converts at current exchange rates to $470,000 — some $70,000 more than the salary of the President of the United States.

Editor's note: This story was updated to correct a reference to Mary Robinson, who was elected to only one term as Irish president before stepping down.