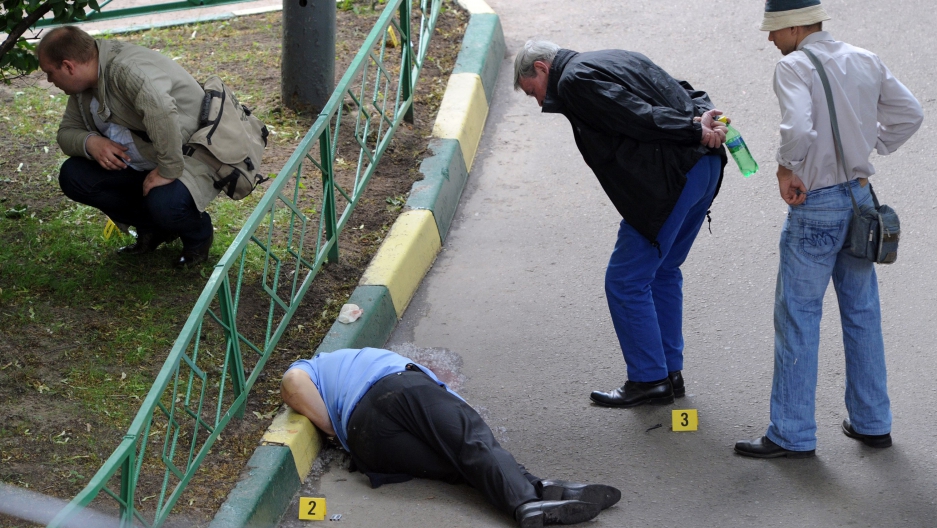 Yury Budanov, the former Russian colonel convicted of killing (and suspected of raping) a Chechen teenager in a rare trial that came to symbolize the human rights abuses committed during the brutal Chechen wars, was shot dead in central Moscow today.

Budanov was shot in the head four times after he exited a notary office on Komsomolsky Prospekt, in the center of Moscow, around noon today. Moscow police have been put on alert for potential demonstrations in the wake of the killing, a source told Interfax news agency. “A number of preventative measures have been taken aimed at preventing the rise of nationalist and extremist sentiment among radical youth groups,” the source said.

Members of United Russia, the ruling party, issued a statement saying the murder was “an attempt to ignite interethnic discord in the country.”

Budanov’s case was the single loudest legal case to emerge from the Chechen wars, when Russian troops were accused of widespread human rights abuses as they attempted to put down a separatist insurgency.

Budanov was convicted in 2003 of murdering Heda Kungayeva, an 18-year-old Chechen woman. He maintained that he thought she was a rebel sniper when he took her in for questioning in 2000. Initial forensic examinations found evidence of torture and rape.

His case took many twists and turns, with the charges repeatedly reformulated. He was one of very few Russian soldiers taken to court for human rights abuses and many critics said the fierce attention paid to his case allowed the government to let further investigations fall by the wayside. He was released on parole in 2009, after serving nine years of his 10-year sentence, sparking protests in Chechnya. Yet to Russia’s active nationalists, Budanov was held up as a hero.

Days after Budanov’s parole, Stanislav Markelov, a lawyer for the Kungayeva family, held a press conference in central Moscow and said he would challenge the release. After leaving the press conference, he was shot dead, along with his walking companion, Anastasia Baburova, a journalist for Novaya Gazeta. A Russian nationalist was sentenced to life in prison in May for the murder, while his girlfriend and accomplice received a lesser sentence.