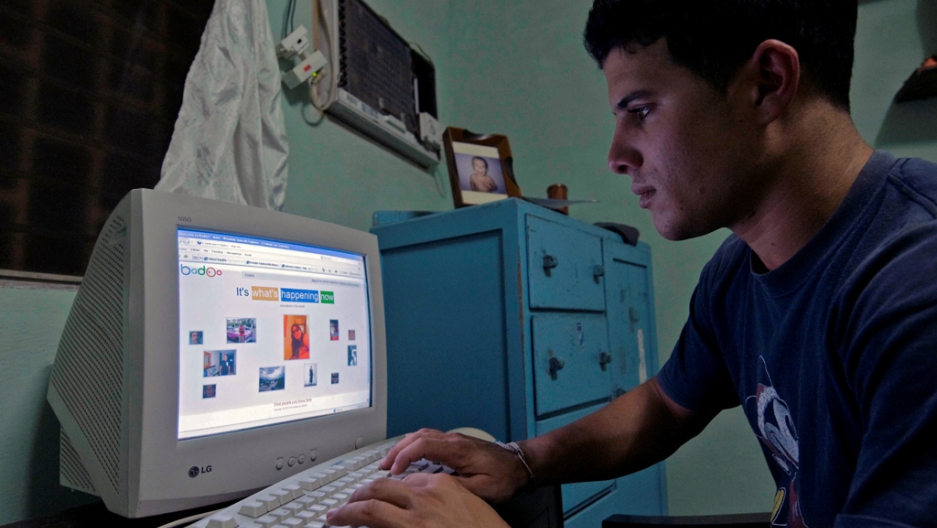 HAVANA, Cuba — It’s been four months since Cuban officials stood on the shores of the island’s south coast and hailed the arrival of a new undersea fiber optic link to Venezuela, notching it as a new blow to U.S. imperialism.

The cable is due to go online this summer and once Cuban authorities finally turn on the juice, bandwidth capacity for the least-connected country in the hemisphere will leap by a factor of 3,000.

For an island where a mere 3 percent of the population has web access and millions of adults and teenagers have never been online, the cable has the potential to jolt Cuba out of the data dark ages and rattle a society where the newspaper ink and airwaves all belong to the state.

Cuban authorities have been dampening expectations of instant mass web access since last autumn, announcing that priority will be go to universities and other public institutions, rather than private individuals.

And with uprisings in the Middle East exploding off computer screens and into the streets in recent months, officials here may be even more wary of unleashing the social media steamroller of YouTube, Twitter and Facebook.

That may explain why Cuba’s state media has said little about the undersea cable since its completion in February. Employees at Cuba’s telecom monopoly say that they have no word on when the cable will begin functioning, and attempts to reach managers were unsuccessful. But a Venezuelan technology official, visiting Havana with President Hugo Chavez, said Thursday that the cable would be fully operational next month, having completed a testing phase.

The Castro government has long blamed the U.S. embargo for keeping Cuba out of the global information loop, pointing to George W. Bush-era efforts to block Havana from connecting to the network of underwater cables that carry the bulk of the world’s internet and data transmissions. One such cable linking Miami to Cancun, Mexico passes within 20 miles of Cuba’s north coast, but the island isn’t plugged in.

Instead, Cuba relies on slower satellite transmissions, while restricting internet access to academics, certain professionals, and government officials, as well as foreign diplomats and businesses.

Other Cubans go online with black market accounts or pay exorbitant rates for access at tourist hotels.  But web browsing on the island is still achingly slow, with dial-up connections averaging about 5 kilobytes per second. Watching videos, let alone opening the pages of many popular sites, is nearly impossible on the island, even for the fortunate few who can get online.

By contrast, Cuba’s new cable link to Venezuela has a transmission capacity of 640 gigabytes per second — enough for 10 million simultaneous phone conversations, according to state media. Built by a Chinese-French joint venture at a cost of some $70 million, it stretches 1,000 miles across the ocean floor to the friendly shores of Venezuela, which financed the project.

Larry Press, a technology expert whose "The Internet in Cuba" blog has been tracking the cable’s development, said that unless Cuba boosts its existing telecommunications network on the island, it won’t be able to take full advantage of the enhanced bandwidth.

“To utilize the capacity of the new cable, they will have to upgrade equipment, organizations, and worker skills,” Press writes. “If they do not, the cable will be of limited value — a strong link in a weak chain.”

“They must have plans for the implementation of complementary infrastructure when the cable lands, but I have not been able to learn of them,” he added, in an email interview.

As criticism of Havana’s limits on internet access have amplified in recent years, Cuban authorities have accused Washington of using the internet as a tool of subversion against them. In March, an American subcontractor, Alan Gross, was sentenced to 15 years in prison for trying to set up satellite internet equipment on the island.  Authorities say the equiptment was part of a U.S. scheme to foment unrest and undermine the government.

“If the cable is activated, I’m sure some of those fibers will reach people like me,” said Yoani Sanchez, the prize-winning writer who has become Cuba’s most famous government critic with her Generation Y blog. Cuba’s lack of web access is a frequent target for Sanchez, as well as a major source of frustration for young people on the island whose knowledge of the internet mostly comes from movies and television, but not personal experience.

Cuban officials insist there have been no "political obstacles" to the internet on the island — just technical ones. The government blocks some anti-Castro websites on its servers, but many others remain accessible, and authorities stopped censoring Sanchez's Generation Y blog last year without explanation.

“We’ll be glad the cable’s there if it’s working, but as long as it’s dead it just becomes a ploy to buy more time,” Sanchez added. “I don’t want to have to wait until 2015.”