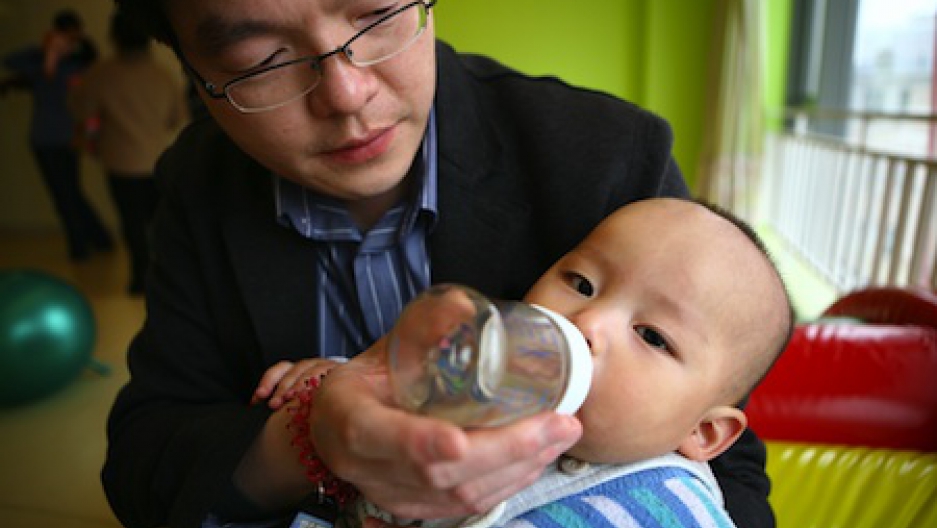 A Chinese man feeds his son as he takes part in a pre-school class with his wife at a child care education chain based in Beijing on April 17, 2010.
Credit: GOU YIGE
Share

New dads in America often have to cobble together vacation and sick days to tend to their newborns.

According to details of a soon-to-be-enacted decree, translated from the Chinese press by the excellent China Hush blog, the province's "fast pace of life" has compelled the government to offer a month of paternity leave for dads.

This is, in part, a response to the surge of women into the workplace -- especially in booming zones such as Shenzen, which lies outside of Hong Kong. In recent decades, the area has given rise to bustling ports, factories and a skyscraper-studded commercial district.

All that economic growth means moms are more often at work than at home. The law is meant to help dads pick up the slack and, says China Hush, "will surely be the milestone in the national legal history and will promote the social construction and the basic national policy of gender equality."

The new decree will also give Chinese guys a half-day off on Oct. 28 for a new holiday: "Men's Care Day"

Though California is an exception, many U.S. states don't guarantee paternity leave. Federal law says new dads can take up to 12 weeks off without losing their jobs, but the leave is unpaid.