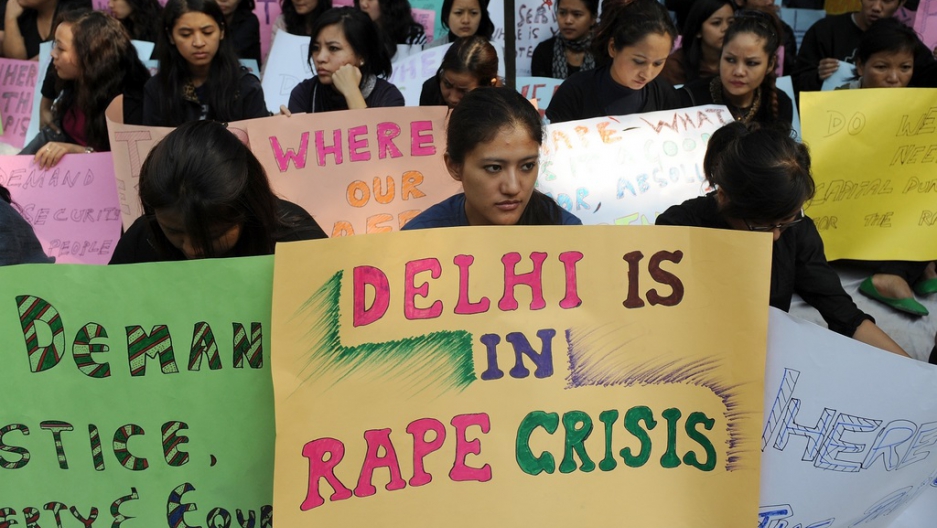 Women from India's North Eastern states hold placards during a peaceful protest against the rape of a girl from Mizoram, in New Delhi on November 29, 2010. Police are yet to make any headway in arresting the four men who abducted and sexually assaulted a call centre employee, from Mizoram. The 30-year-old woman was walking towards her home in Moti village in south Delhi on November 24, along with one of her colleagues when men in a vehicle allegedly abducted her and took turns to rape her. The victim was later dumped in Mongolpuri after which she approached police.
Credit: PRAKASH SINGH
Share

Following in the footsteps of fellow feminists in Toronto and Melbourne, Delhi women will strut the streets in the city's first "slut walk" June 25 to protest against sexual harassment and violence against women, the Hindustan Times reports.

Slut Walk was first held in Toronto this year after a police officer outraged women world over when he said in a speech to university students "women should avoid dressing like sluts in order not to be victimized," the paper reported. Since then, it has spread to 60 cities worldwide in an effort to draw attention to a continuing tendency to blame the victims of sexual assault for "asking for it."

Notably, after several incidents in Delhi over the past few years, various police, city and university officials have made similar comments regarding the dress and behavior of women who were the victims of sexual assaults.