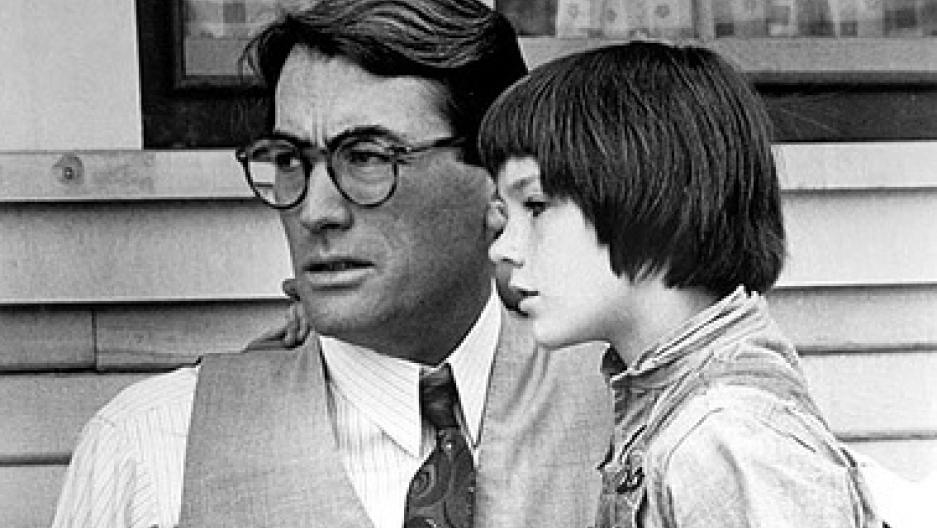 Still from the film "To Kill a Mockingbird" with Scout and Atticus Finch (image by Flickr user zbili (by:cc))

When the shy Alabama native, Harper Lee, had her first and only book published, nobody had high expectations, least of all her. In a 1964 WQXR radio interview, Lee put it this way: “I never expected that the book would sell in the first place. I was hoping for a quick and merciful death at the hands of the reviewers, but I was hoping that maybe somebody might like it well enough to give me some encouragement about it.” Lee's friend Joy Brown, who, with her husband Michael Brown, financially supported Lee while she worked on the book, recollects in "Hey Boo:" "They published 5000 copies, for heaven's sakes. Who was going to buy 5000 copies of her book? Maybe a thousand copies, but who else was going to ever buy this book?"

Harper Lee and Joy Brown underestimated the effect the book would have. Filmmaker McDonagh Murphy describes its reception:

It was huge. People evangelized about this book, and it very quickly hit the bestseller list and stayed there. I mean, before Oprah Winfrey, there were book of the month clubs, and "To Kill a Mockingbird" got chosen for all of them. So it really took off. The Pulitzer Prize followed. And then one year after that, comes this magnificent screen adaptation of the novel. So it all happened very quickly.

For many of the film's interviewee's, the power of the book was that it facilitated southerners questioning elements of their culture. McDonagh Murphy says:

"To Kill a Mockingbird" really gave white southerners a way to question the system in which they were raised, because it was told from a child's point of view. It was a popular novel, and it allowed people to question the way they were living and the system, in ways that a political speech couldn't.  Many people saw it as a tremendous act of protest, Harper Lee herself at one point called her novel, "a plea for understanding to the people back home."

In the documentary, one of the most moving descriptions of the story's impact came from Diane McWhorter, a classmate of the actress who played "Scout" in the 1962 film, Mary Badham. As fifth graders, they went to the film as a school fieldtrip. McWhorter describes her experience watching the film:

By, you know, rooting for a black man, you were kind of betraying every principle that you had been raised to believe, and I remember thinking "what would my father think if he saw me fighting back these tears when Tom Robinson gets shot?" It was a really disturbing experience; to be crying for a black man was so taboo.