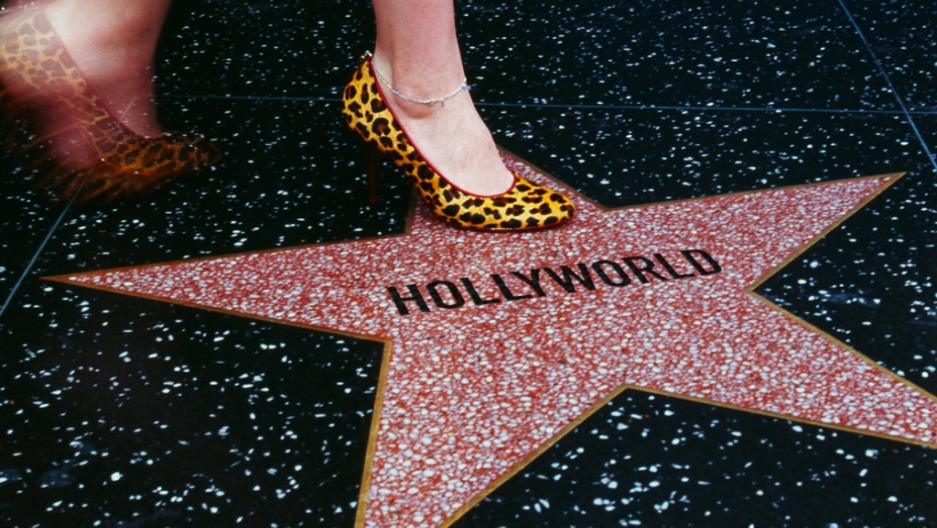 JERUSALEM — As he watched the news coverage of the Arab Spring, Palestinian filmmaker George Khleifi wondered what the TV footage might mean to the West.

"If 30, 40 or 50 years ago this revolution in Egypt would have taken place, I think maybe not 10 percent of Americans would see it," Khleifi said. "Now with satellite and the internet — there is a revolution and Arabs are not who they thought they were."

Khleifi hopes Hollywood will take cues from Tahrir Square to improve its portrayal of Arabs on film. According to Emory University professor Jack Shaheen, the West has long portrayed Arabs as petty, dishonest and lecherous in films.

Shaheen's book, "Reel Bad Arabs," published in 2001, takes a sweeping look at 900 films featuring Arabs and made between 1896 and 2001, and finds them obsessed with the "three Bs" of Arab archetypes: bellydancers, billionaire sheikhs and bombers.

"What is an Arab?" Shaheen asks in the book. "In countless films, Hollywood alleges the answer: Arabs are brute murderers, sleazy rapists, religious fanatics, oil-rich dimwits, and abusers of women."

Shaheen, raised by Lebanese-Christian parents in Pittsburgh, Pa., claims that these movies shape how Americans see the Middle East. In the last decade his seminal work, which includes an A-Z catalogue of his commentary, also became a documentary film of the same title (2006) and inspired a short movie called "Planet of the Arabs" (2005).

But Arab directors and critics in the Middle East are divided on Shaheen's thesis.

Mohammad Bakri is the tall, bespectacled and gravel-voiced director of the controversial documentary "Jenin Jenin" (2002), about Israel's 2002 incursion into the north West Bank city. He has acted in more than 30 films. Bakri, who lives in a village near the northern Israeli city of Acco but works across Israel, the West Bank and the world, is one of the best-known actors among Palestinian citizens of Israel. He says generalizations cut both ways across the American-Arab divide.

"In Hollywood and American films, usually, unfortunately the Arab characters are the same. Never mind who they are — Egypt, Lebanon, Palestine: they are all the same color, which is bad," Bakri said.

However, he added, "The American character, or American attitudes in Arab cinema, is maybe sometimes worse than the Arab in the American cinema. It’s a very superficial attitude. It's just because America supports Israel, so everything from America is bad."

For both Bakri and Farid, Shaheen's book is only one side of a fractured relationship shown on film.

Egyptian film critic Samir Farid points out that Egyptian cinema is cruel to Arabs as well. Farid is Egypt's most senior film critic and the author of more than a dozen books on film.

"The image of the Arab and of the petrodollar in Egyptian films is even worse than in American films," he said.

"There is a very bad image of Americans as cowboys and uncivilized and barbarians," Farid said. "Like the film 'America Shika Beka' [1993]. In Egyptian Arabic shika beka means nonsense, something with no meaning."

According to Shaheen, American films began to turn against Arabs during the 1940s, when Israel won its independence and Arab countries sided with the vanquished Palestinians.

Farid says Egyptian cinema grew disillusioned with the West — and he includes Jews as well — after the 1956 War of Attrition, when Egypt battled Israel for control of the Suez Canal.

Palestinian filmmaker Khleifi says he, too, has noticed the demonization in both directions between Arabs and Americans. But Khleifi, a retired professor of film and television at Jerusalem's Al-Quds University, says said the Americans are worse.

"The Palestinian or Arab cinema, TV and even political propaganda do not attack the American way of life," Khleifi said. "They do not make fun of their habits and of their religion. They attack them very harshly and I think it's justified — they attack their politics. The Americans for them is the new imperialist."

Khleifi says that outside Hollywood, directors from North Africa and southern Europe are beginning to portray Arabs on film in a more flattering, less sensationalist style. Still, he says said, until recently those films were never shown in America.

"Now there is a parallel circuit that enables films from the Middle East and North Africa to be screened in the States," he said. "There are movie houses that specialize in quality films, foreign films. And there are several festivals — a Palestinian film festival, an Egyptian one and an Arab film festival that takes place in the States, in Chicago and Boston."

Bakri, too, sees an improvement in Arabs on American screens. It began with American films reimagining the Vietnam War, he said, and continued with a reconception of the ethnic cleansing of Native Americans, and is finally progressing to the portrayal of Arabs. Bakri points to "Rendition" (2007), starring Reese Witherspoon and Jake Gyllenhall, in which an Egyptian man married to an American woman is wrongly captured and tortured on charges of terrorism.

"It had a lot of criticism of the CIA and their ways of behaving with Arabs," Bakri said. "At least the film showed the victims of prejudice of the American system that thinks all Arabs are bin Laden. That prejudice unfortunately continues until today."

For Farid, his biggest complaint about Arabs on film is in who is behind the camera. Consider "Lawrence of Arabia," the epic four-hour film about the legendary British explorer and archaeologist who commanded Arab irregulars in World War I.

"Arab directors must be ashamed that the best film on the culture of the desert is made by David Lean and Sam Spiegel," he said.

'The Arabs have had cinema for 100 years," Farid continued. "They have directors, money, everything. Instead of saying the Americans don't understand what Arab culture is, first you have to ask the Arab directors to do it."