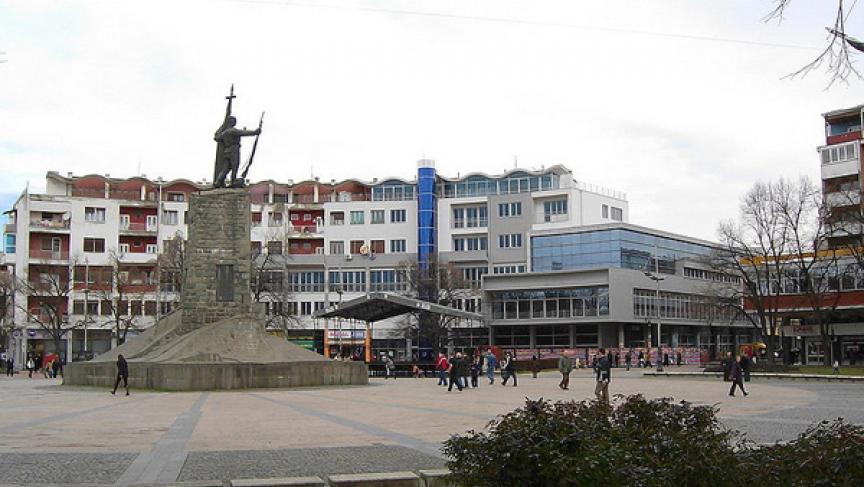 Share
By Matthew Brunwasser In scenes from the documentary film "vrela krv" or "heated blood" Serbian nationalists battle the police and trash the center of Belgrade in 2008. Director Marko Mamuzic says the appeal of such groups is not so much about politics. "For the majority of the people who are gathering in those events, I think it is violence," he said. "They are mostly minors, so they have no money and they live in the suburbs. And when something like that is going on in town, they go down and smash shops. It's called night shopping. They take sneakers and t-shirts. That's the only way for them to say 'I am somebody.'" In the past, politicians like former president Slobodan Milosevic have harnessed that sentiment for their own ends. But with Serbian President Boris Tadic solidly pushing for EU membership and the other major political parties now onboard, anti-Western nationalism is out of political style in Serbia. That's why protests against the extradition of Ratko Mladic were relatively mild. "People felt a kind of humiliation in a way, but people knew it was an international obligation, and it had to be done," said Aleksandar Vucic, the vice president of the Serbian Progressive Party. It was started by a former radical nationalist who decided to be pro-European. Vucic says that Serbs these days more worried about poverty than the wrongs of the past and they want to join the EU. "It's the best way for Serbian people, even if we would have many problems on that road," Vucic said. Kosovo now remains the biggest unanswered question. While the EU doesn't require Serbia to recognize Kosovo's independence, there is mounting pressure from the international community for an agreement to stabilize the region. "Yes we can't get everything, but we can't lose everything," Vucic said. "We will do our best to get as much as we can for our country, and lose as little as we can for Serbia. That's our aim." But the extreme nationalists aren't gone. Many suggest they're just biding their time. If economic conditions deteriorate, analysts say their stock will rise. Igor Marinkovic from the Serbian National movement 1389 says Serbian President Boris Tadic is a traitor who harasses nationalists. "I am sure that there is no less support, there is more support," Marinkovic said. "But the people are still afraid to go out on the street, but I think the situation will culminate very soon in a big protest in Serbia." At the Center for Cultural Decontamination, a reading group is discussing humanistic literature. While nationalism may have lost its utility to politicians, it's still alive and well in peoples' heads. This institution may be the one spot in Serbia where nationalism is least welcome. Founder Borka Pavicevic says the center started in the early 90s when the breakup of Yugoslavia opened a flood of nationalist aggression, chauvinism and lies about the greatness of Serbian-ness. She says the arrest of Mladic has already helped regional stability, although the government only touched the surface of the problem. "I would like very much in the sense of decontamination for them to have said 'Ratko Mladic is arrested because he killed so many people, because he is responsible for that, because maybe we are responsible for that together with him, and this is because of your dignity and your history and because of your children, and it is not because I have to get the money or the support of the European Union,'" Pavicevic said. There is a growing sense among Serbs that the EU is the best place to be, even though few understand why.