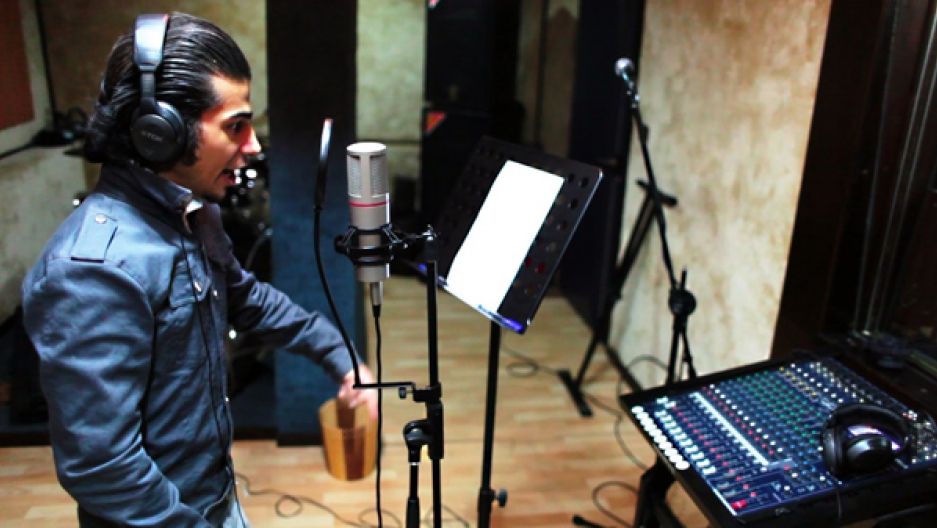 Share
By Jessica Partnow As demonstrations against the Syrian government intensified last month, a Syrian rap group called the Sham MCs released a song about the protests. It's called "From Syria." But the song isn't pushing the demonstrators to rise up. It's urging them to stop. Mad Fox, one of the members of the Shams MCs, said the song raises questions about what people in the west have been seeing. "It talks about the fake media, from the outside, and how they make stuff so big," Mad Fox said. "When you look at outside television or newspapers, you think that there's a war going on in Syria." But Mad Fox insists that's not what he's seeing. "In some places there is some chaos, but it's not the whole Damascus," he said. "Some people are still living a normal life, going to restaurants, shopping and this stuff." Mad Fox seems pretty blasé about the whole thing. He insists the protests aren't really changing everyday life in Syria. The Sham MCs just want to keep working on their album, he said, and they want a safe, stable country to play their music in. Daily Life The Sham MCs don't like to talk about the unrest in Syria. But they do like to talk about daily life there. For instance, one song is about how quickly your government check runs out after the first of the month. "But in a sarcastic way. We can't do it, like, hardcore," said Mic Son, another member of the group, because you can't go against the government. It's illegal to criticize the government in Syria. For Mad Fox it's meant staying away from – or maybe just on the right side of – politics. "The problem is you don't have the freedom the same that you have in the States to talk about anything you want yet," he said. Lifting the Ban In February Syria lifted a five-year ban on YouTube, Facebook and Skype, though it's begun restricting access again for dissidents. In the past, Syrians had always found ways to get around the ban. The Sham MCs already had almost 5,000 Facebook fans before it was lifted. Mic Son used the web to get in touch with American rappers, and he said rap was a big part of learning English. He and Mad Fox are the only ones in the group who rap in English. They hope it'll broaden their audience. These guys would like to become a household name in Arabic music. But they're both in school, just to be safe. Mic Son said he's studying accounting, but it hasn't been going that well. "I failed last year and now I'm just doing it again," he said. "This rap game, it's taking a lot of my time." Mad Fox isn't a huge fan of college either. He's studying marketing and business administration. So what's he going to do with his degree? "Nothing!" he said, laughing. "Just give it to my parents so they will be happy with it and stop nagging."