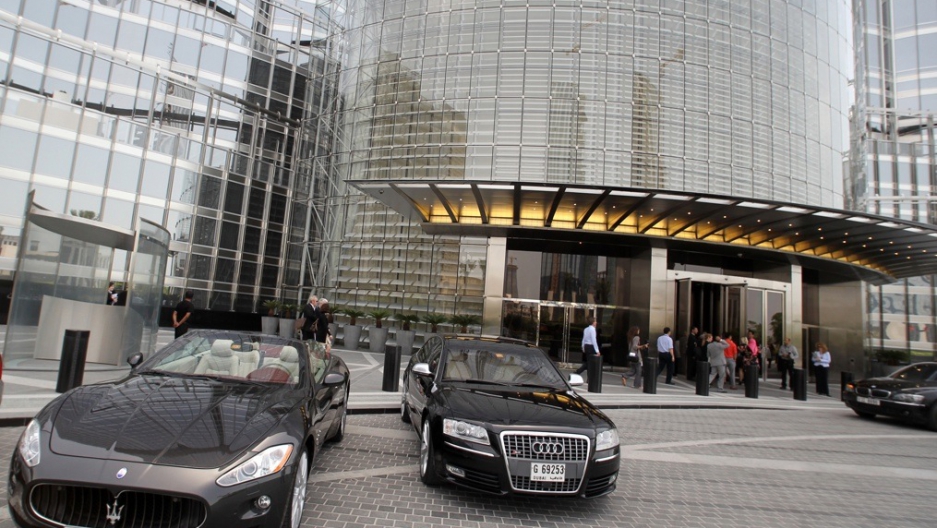 But some hotel owners across the Middle East are taking it a step further, designing entire hotels that cater specifically to Muslim guests by adhering to Shariah — or Islamic — law.

It is a market, they say, that is both huge and largely untapped.

“There is a growing need for Shariah-compliant hotels, which are sought after by Arab Muslim travelers,” said Naji Morcos, director of Hodema, a Lebanese consultant company specializing in hospitality.

In Dubai, there are several high-end, luxury hotels that have forgone the Cristal to comply with Shariah. The towering buildings, nestled among tall palm trees, have all the signs of Arab luxury — the aroma of rich Arabic coffee mixed with the pungent scent of dates, lush interiors and white marble floors.

On the upper floors, however, ostentatious suites flaunt not mini bars but praying rooms. It is a trend that is spreading across the wider Middle East.

Morcos said that Arab travelers spend more than $12 billion annually on holiday travel. According to a study published by MiddleEast.com, about 88 percent of Arab travelers said they would be interested in staying in an Islamic hotel.

“Shariah-compliant hotels basically adhere to the same restrictions that are adopted in Islamic countries like Saudi Arabia. The only difference is that they are now popping up in countries where conventional hotels are usually allowed,” Morcos said.

Such hotels serve only non-alcoholic beverages and halal food and ban movies and TV channels that are considered lewd. Even some hotels that don’t follow Shariah principles strictly are adjusting to meet the demands of a more religiously conservative clientele.

“At the Rotana Arjaan, we simply don’t offer alcohol on our property. The food and beverages served are also 100 percent halal and alcohol-free. We respect the different beliefs and cultures and try to be as sensitive and understanding as possible to our guests’ needs,” said Mark Deere, general manager of Arjaan by Rotana in Dubai.

True Islamic hotels, however, attempt to comply with Shariah in every way possible.

This restriction is also applied to other “sensitive areas,” such as the ballroom, gym and pool.

Shariah compliant hotels also tend to rely on Islamic financing for their investments and allocate a portion of their profits to charities in order to fulfill Zakat, which is one of the central tenets of Islam and stipulates that individuals should earmark at least 2.5 percent of their net worth to charity every year.

But running Shariah hotels is not without its challenges. Conventional hotels often make 30 percent of their revenue from the sale of alcohol and food. Their Shariah counterparts, on the other hand, make about 10 percent.

“Shariah-compliant hotels face many challenges. For example, more of an investment is needed than for a normal hotel because of the duplication of some areas [such as different entrances and corridors leading to female and male floors]. Rack rates are also typically higher than in conventional hotels,” Morcos said.

This effort to appeal to such a niche market is taking hospitality to a whole new creative level.

“Shariah-compliant hotels provide a service that is detailed from the beginning to the end, from separate entrances to the individual Qurans that are placed in each room,” Morcos said.