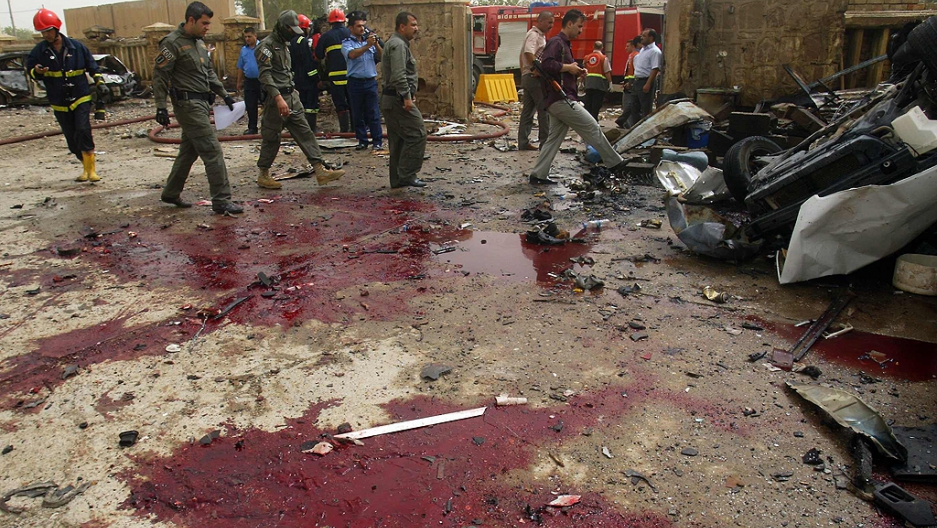 Iraqi police inspect the site of one of three bomb attack in the northern oil-rich city of Kirkuk on May 19, 2011, which killed at least 27 people and wounding 89, in the worst violence to hit Iraq in nearly two months.
Credit: MARWAN IBRAHIM
Share

Tribal conflict in Yemen appears to be looming. Libyan rebels are still fighting a deadlocked war against forces loyal to Muammar Gaddafi. Syrians now accuse their government of torturing a 13-year-old boy to death - and have video to prove it.

Even in Egypt, where the uprising was successful, many people still are not sure if the interim military-led government supports democracy or not.

Ever since the start of the so-called Arab Spring, it seems like Iraq has become, ironically enough given its recent history, one of the most stable countries in the Middle East. Right?

Iraq again scored highest on the "2011 Impunity Index" issued by the Committee to Protect Journalists on Wednesday, retaining the dubious honor for the fourth year in a row.

CPJ's annual impunity index, entitled "Getting Away With Murder" this year, ranks countries by the highest ratios of unsolved violence committed against journalists.

Rounding out the top five are Somalia, Philippines, Sri Lanka, and Colombia.

Of the 92 journalists murdered in Iraq over the past decade, none of the cases has been solved, according to the report.

"Among the four murder victims in 2010 was Sardasht Osman, a contributor to several news outlets who had received numerous threats for coverage that accused Kurdistan Regional Government officials of corruption," according to the CPJ report.

Tracey Shelton, who reports for GlobalPost from Iraq, recently wrote about violent police crackdowns on peaceful protesters in northern Iraq.

Assaults on journalists in Kurdistan often include, "injury by bullets, confiscation of journalist's equipment, temporary detention and forced prevention at gunpoint from covering" events, according to Shelton's report.

Meanwhile, the Associated Press reported on Wednesday that 4,454 members of the American military have died in Iraq since the war started in 2003.