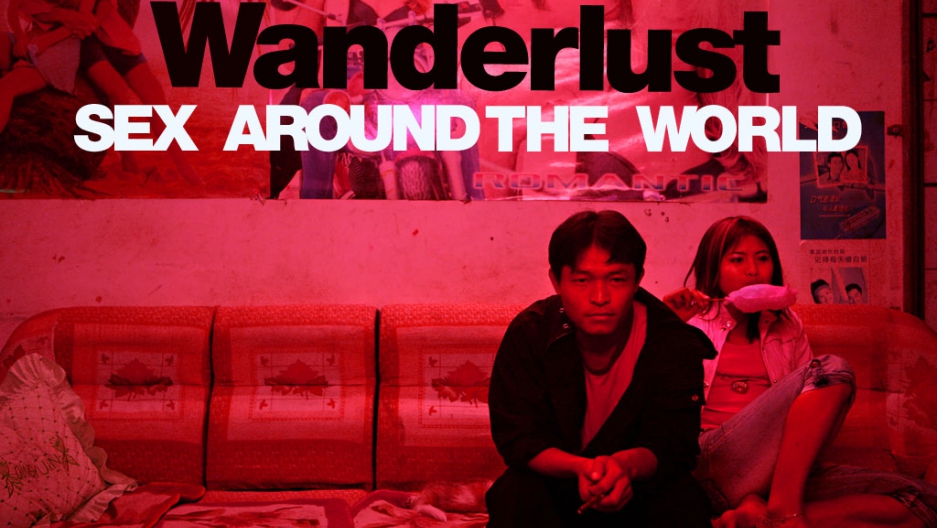 Editor's note: Wanderlust is a regular series on global sex and relationship issues written by Iva Skoch, who is now traveling the world writing a book on the subject.

MOSCOW – Yulia Varra says that when a 50-year-old Russian man looks for a girlfriend, he never considers women close to his age.

While men in other countries might want the same thing, they probably don't have a waiting list of young, pretty maidens interested in a relationship with them.

“We have a very specific situation in Russia, said Varra, 42.

"There are too many women and not enough men."

While anecdotal evidence suggests Russia isn’t the only country where successful women over the age of 40 struggle to find potential husbands, the gap here is wide enough to be statistically significant.

Based on preliminary census results published in March, men account for just 46.3 percent of Russia's population, while women make up 53.7 percent.

There are many reasons for that gap.

After the fall of the Iron Curtain, Russia's population has been steadily decreasing. Since the last survey in 2002, it dropped by another 2.2 million.

But the number of men is declining even more dramatically. Russian women today outnumber men by 10.5 million, primarily due to high male mortality rates fueled by heart disease, accidents and alcoholism, all made worse by dramatic socioeconomic changes in post-Soviet Russia.

But that's not all. Only a fraction of the men who are still alive aren’t violent, impoverished or addicted to alcohol, Varra claims.

“Finding a Russian man over 40 who has money and isn’t an alcoholic is extremely hard,” she said. “Such a man will probably have a car, a weekend cottage, but often also a wife or at least a mistress or two. Yet, to many Russian women this is still a better option than settling for an indebted drunk.”

It all adds up to a pretty bleak situation for Russian women.

But where others her age see despair and frustration, Varra sensed a business opportunity. She runs a class in Moscow called “How to Marry in Three Months” designed to teach women how to overcome the challenges of Russia's man shortage.

The course takes place two to three times a year, and has been so popular that Varra is working on a book of the same title, “How to Marry in Three Months.”

She teaches female customers how to find, keep and marry a man in six easy steps, which run from “Putting oneself in places men of interest frequent,“ all the way to “Getting him to marry you.”

The most important aspect of the course, Varra says, is helping each woman find her unique qualities. In a twist any economist would love, she must establish her market value.

“It’s very important that a marriage proposal comes within a year,” said Varra. “If a man figures out that he can just as easily live with a woman outside of marriage, why would he propose?”

Naturally, sex is part of the equation. So Varra runs another class called "How to be a Better Lover."

She says the most efficient way of getting a proposal is through a deliberate dose of flattery and sexual intrigue, ideally at the same time.

So in Step 3, the infamous “When to Have Sex” question, she suggests women should play hard-to-get. But not for too long.

“If a man wants sex on the first date it means he doesn’t want you, he wants sex,” said Varra.

“I usually recommend sex on the second date because that’s when he comes with you in mind.”

Refusing to put out for too long doesn’t work very well here because — let’s not forget — there are droves of Russian women on the “waiting list” who might be willing to give more.

“Men sometimes do not show up on the third date if the woman procrastinates too much,” Varra said.

Varra studied psychology at university but became an "expert on everything sexual” much earlier in life, when she realized that sex interested her more than anything else.

That’s one of the reasons Varra isn’t married, she says. She merely teaches other women how sex can help them achieve what they want, or what they think they want.

Marina, 41, is a happy customer who runs her own cosmetics business. She said the $500 investment in the course — a significant amount of money in a country where the average monthly salary reaches about $800 — was well worth it.

Shortly after finishing Varra's class, she received her first marriage proposal. And not only one.

After years of drought, she now has two whole men to choose from.

“Just like they taught us, I started complimenting men after the first time we had sex. And what a miracle! It worked,” she said.

“They started coming back for seconds.”