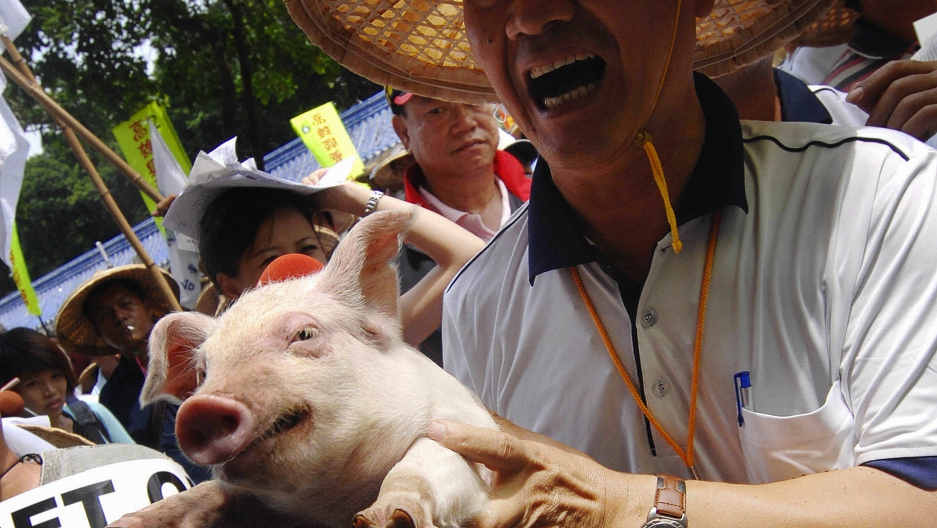 A Taiwanese pig farmer displays a piglet during a demonstration outside health department headquarters in Taiwan.
Credit: SAM YEH
Share

A Taiwnese couple faces fines for allegedly forcing their maid, a 27-year-old Indonesian Muslim, to toil in their restaurant instead of tending to their home.

That's not their worst transgression, according to the Taipei Times. The couple also ignored the Muslim maid's pleas when she tried to refuse frying pork steaks. Eating or even handling pork is forbidden by the Qur'an.

According to the Times, the maid thought the gig in Taiwan involved tending to an elderly person. Instead, she was told to work in a shop for 16-hour shifts, a violation of Taiwanese labor laws, and told she could be bounced back home if she refused to comply. The couple may be fined $5,200 by Taiwan's labor council.