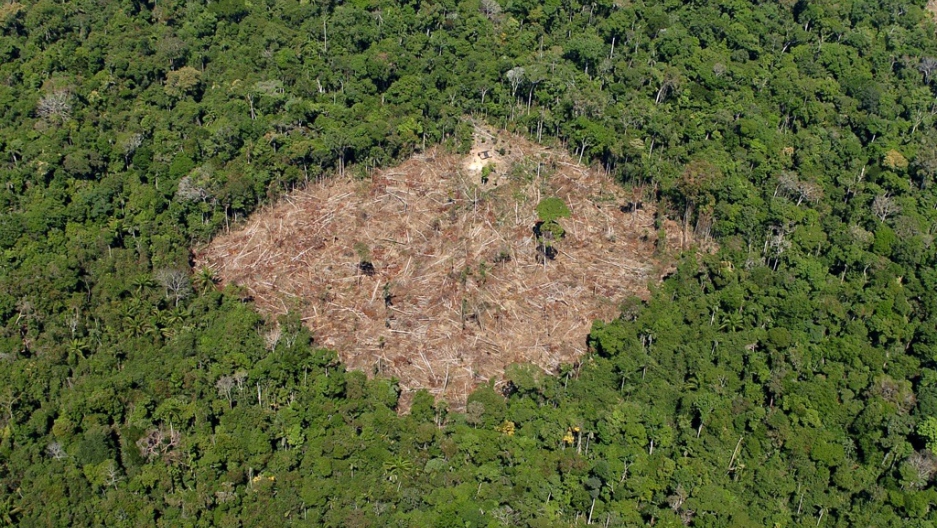 Jose Claudio Ribeiro da Silva, an activist from the Amazon state of Para who was engaged in the fight against illegal logging, was gunned down on Tuesday morning alongside his wife Maria do Espírito Santo. The two assassins reportedly cut off the couple’s ears as proof they had successfully completed their mission.

Just six months earlier Silva had predicted his own death, telling a conference in Manaus he had received threats from loggers who were preying on the rainforest around his isolated home near the town of Nova Ipixuna.

"I could be here today talking to you and in one month you will get the news that I disappeared,” Silva said. “I will protect the forest at all costs — that is why I could get a bullet in my head at any moment … because I denounce the loggers and the charcoal makers and that is why they think I cannot exist.”

Less than 24 hours after Silva’s murder came another blow: Members of Brazil’s Lower House voted overwhelmingly to approve controversial changes to the country’s forest code, which environmentalists fear will give amnesty to those behind illegal deforestation. The country’s Senate will now debate the bill.

“Brazil woke up today to the news of the murder of an Amazon rainforest defender and went to bed with the news that the majority of our MPs back the murder of our forests,” lamented Greenpeace’s Amazon director, Paulo Adario.

These latest setbacks came just days after new government data released showed that deforestation levels were again on the rise in Brazil’s Amazon.

Illegal deforestation has been falling since 2004, from about 27,000 square kilometers to about 6,500 in 2010, partly as the result of a government crackdown on illegal loggers and ranchers.

But new satellite images show that in March and April this year nearly 593 square kilometers of forest were razed — an increase of more than 470 percent compared to the same period in 2010.

In a letter to her staff this week, Brazil’s environment minster, Izabella Teixeira, admitted “we are going through a difficult moment in the fight for environmental protection.”

“The best response we can give to those who attack us is to continue working with the same dedication that is bringing us results,” she said.

Of greatest concern was the northern part of the soy-growing state of Mato Grosso, where the highest jump was recorded.

“It was a very quick act — in 20 to 30 days there was an enormous volume of deforestation,” said Curt Trennepohl, the president of Brazil’s environmental protection agency, Ibama.

Trennepohl said he was most concerned about the re-emergence of a particularly destructive form of deforestation: the use of so-called “correntoes.”

Correntoes are tractors or trucks attached to thick metal chains that tear through the base of trees, leveling vast tracts of forest in minutes. The practice has been illegal in Brazil for a decade.

“This year the technique was completely different. They used the rainy period and used heavy tractors attached to big chains … destroying the whole forest,” Trennepohl said. “It was a shock to see the return of such a highly predatory technique.”

After the release of the new figures, the government deployed hundreds of environmental agents to the Amazon city of Sinop, in Mato Grosso state, to sieze illegal timber and equipment. On Thursday, 200 members of the army arrived to reinforce those operations.

“We will throw our whole force at the area,” Trennepohl vowed.

During a visit to Sinop, Teixeira, the environment minister, told reporters she would push for “zero illegal deforestation” in the region.

Meanwhile, in the neighboring state of Para, police operatives began the search for those behind the killing of Silva and his wife.

“Para state can no longer take this kind of thing,” the state’s governor, Simao Jatene, told the local newspaper O Diario do Para. “The government will react — we will not allow this to keep happening.”

As Jatene spoke, about 2,000 angry and tearful protestors marched through the streets of Maraba, toward the city’s cemetery to witness Silva’s burial.

“He was convinced he would be killed one day,” said Roberto Smeraldi, the head of the environmental group Friends of the Earth in Brazil.

As the coffins were lowered, a group of mourners held up a spray-painted banner.

“The forest cries,” it read.