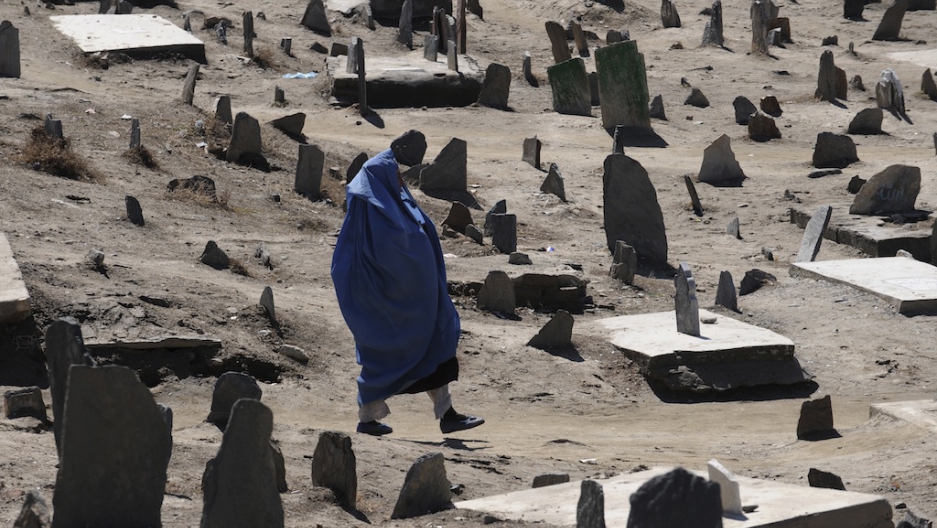 KABUL, Afghanistan — The press release issued by the Helmand Governor’s Media Center was accompanied by heartbreaking photographs: a father cradling his dead son, small curly heads poking out of a blanket held by turbaned men, expressions of grief and rage.

“The office of the provincial governor strongly condemns this deep sorrow incident while requesting ISAF security forces … stop such air strikes that result (in) civilian casualties,” read the statement.

ISAF (International Security Assistance Force) is the NATO-led coalition of 49 nations involved in the conflict in Afghanistan.

Afghan President Hamid Karzai, who has often sought to placate Afghans’ anger over civilian casualties by railing against ISAF, went a step further this time: He demanded that NATO cease the controversial “night raids” that have so inflamed local sentiment, and directed the Ministry of Defense to ensure that all such operations are conducted exclusively by Afghan forces.

"President Hamid Karzai ordered the Defense Ministry to prevent foreign troops from uncoordinated and arbitrary operations and bring night raids under its control," read a statement issued by the president’s office.

But Karzai’s directive is unlikely to make much of an impression on NATO, which does not take its orders from the Afghan president, but from the U.S.-led military chain of command.

“We absolutely support Afghan forces taking on more responsibility as they are able,” said a spokesman for ISAF, reached by phone at the International Joint Command media office. “Karzai’s statements will, I’m sure, be taken into account at a very high level.”

As to whether any heed would be given to the president’s demands, the ISAF spokesman said “it is not my place to comment.”

ISAF is due to begin handing over security operations to Afghan control beginning in July. Known as the transition, this process will gradually put Afghan forces into the driver’s seat on security, allowing the international forces to start to withdraw.

Lashkar Gah, the capital of Helmand province, is one of the first seven sites slated for transition this summer. But Nawzad, in the north of the province, will remain with the international forces.

So there is no relief in sight for the people of Helmand’s volatile districts, who often live as much in fear of ISAF raids as of Taliban attacks.

But ISAF has staked the success of its mission in Afghanistan on the controversial operations, which are led by U.S. Special Forces in “capture or kill” missions targeting Taliban leaders.

“We know we would not have seen the gains and progress made to date without the conduct of targeted, intelligence-driven night operations," read a statement released by ISAF.

But, as has happened, the intelligence turns out to be wrong. The compound or individuals targeted are not Taliban, but civilians, and the raid causes more anger and bitterness toward the international forces.

An ISAF spokesman said that they would send a delegation to investigate the alleged civilian casualties in Nawzad.

“We are aware of these reports,” said the spokesman. “There are operations going on in that area. We are sending an assessment team, they should be on the ground right now.”

But any ISAF explanation is unlikely to soothe the grief or calm the rage of the Afghans whose families were destroyed by the strike. Instead, it will almost certainly contribute to the groundswell of fury that is sweeping the country.

A raid on a compound in northern Afghanistan that left four people dead provoked violent demonstrations against the foreign forces. On May 18, police opened fire on the protesters, killing 12.

The growing resentment of the international presence could well undermine the stated counterinsurgency mission, which is directed at winning the “hearts and minds” of the local population.

The theory is that if Afghans feel they are better off with the NATO-backed government than the insurgency, they will throw their support behind the anti-Taliban coalition, depriving the insurgency of oxygen.

But the theory has been losing ground in the year since Gen. David Petraeus took command of the U.S. and NATO forces in Afghanistan. He has sharply increased the military pressure on the insurgency, in the hope that the threat of impending defeat would force the insurgents to the negotiating table.

Over the past few months, there has been an increasing emphasis on negotiations, although the only thing that all sides seem to agree on so far is that little or no progress has been made.

In the meantime night raids, air strikes and major offensives have decimated the Taliban command, but in the process they have alienated many Afghans, including, as now seems clear, the president of the country.