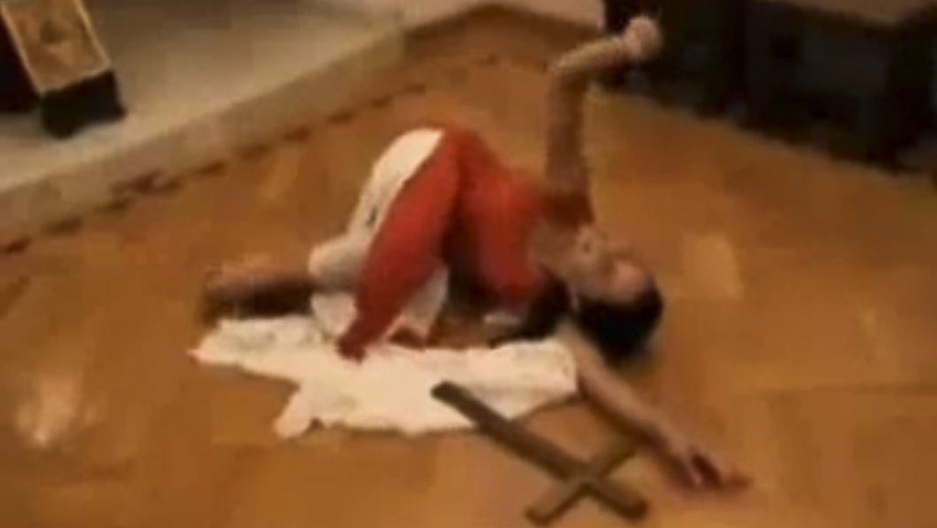 Sister Anna Nobili, the nun at the center of the controversy, worked as an exotic dancer before joining the Worker Sisters of the Holy House of Nazareth. Nobili became famous for what she called her "Holy Dance."
Share

The Pope has shut down a 500-year-old monastery in Rome that became famous for a lap dancer turned nun and had been visited by Madonna.

Vatican officials launched an inquiry into the monastery after reports that the nuns were dancing around the altar during church services reached Pope Benedict XVI.

The monastery, which was hit with claims of “liturgical abuse,” had reportedly racked up large debts.

"An inquiry found evidence of liturgical and financial irregularities as well as lifestyles that were probably not in keeping with that of a monk," said Father Ciro Benedettini, a Vatican spokesman.

One of the nuns, Sister Anna Nobili, spent many years working as an exotic dancer in Italian nightclubs. Nobili said she changed her life after a religious experience while visiting the shrine of St. Francis of Assisi, a place of pilgrimage for Catholics, in 2002.

She kept dancing after becoming a nun, performing what she called “The Holy Dance” in front of senior Catholic leaders, including Archbishop Gianfranco Ravasi, head of the Vatican's Cultural Department.

Sister Nobili, who referred to herself as a “ballerina for God,” also became a YouTube sensation for videos of her dancing.

"I was wasting my life dancing for men in clubs. The nights were filled with sex and alcohol. It was an empty life but I liked it because I was the centre of attention,” she told Italian newspaper La Repubblica, the Telegraph reported.

"But now my life has been transformed. I still dance but now I dance for God and I'm happy.”

The Cistercian monks based at Santa Croce in Gerusalemme — one of Rome’s oldest churches, with a chapel dating back to the 4th century — are being transferred to other churches, the BBC reports, citing Italian news media.

Madonna secretly visited the church three years ago while in Rome to perform a concert, and took a guided tour of the relics.

“It was evident that the order had lapsed in its discipline and an Apostolic visitation was arranged, which resulted in the decision to close the monastery which was approved by Pope Benedict,” a Vatican source told the Daily Mail.

To see Sister Nobili dance, skip ahead to 04:30 in the video below: