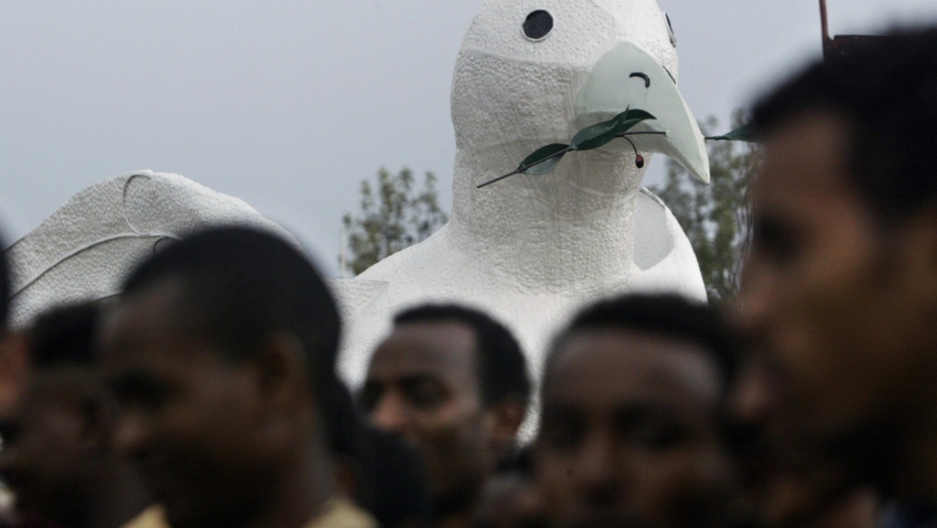 Peace in Africa is elusive.

The fifth annual Global Peace Index finds that Africa is the world's least peaceful continent. Overall, the world is slightly less peaceful than last year, and Africa has contributed to that deterioration.

Sub-Saharan Africa remains the region least at peace and Somalia was rated as the world's least peaceful country.

But there is some good news. Chad was the most improved country.

Botswana is the most peaceful African country for the third successive year with a ranking of 35th most peaceful country in the world.

Malawi was the next most peaceful African country, which achieved a reduction in the likelihood of violent demonstrations and an improvement in the human rights situation. I'm not so sure about that ranking - tell the gays who were terrorized in Malawi that the human rights climate has improved.

Chad’s peace ranking improved significantly, in large part due to its rapprochement with Sudan after several years of violent conﬂict that were linked to the genocide and humanitarian crisis in Darfur. Diplomatic relations with Sudan were restored in late 2008 and the Doha Peace Agreement, signed in May 2009, held throughout 2010.

Somalia remained the lowest-ranked country in Africa, but its score improved following a reduction in military expenditure and a slightly more stable political scene. It remained volatile, however, under the new prime minister of the transitional federal government (TFG), Mohamed Abdullahi Mohamed Farmajo.

However, because Iraq’s score improved, Somalia fell to the lowest position in the world. Sudan and the Democratic Republic of the Congo (DRC) continue to occupy spots in the lowest 10 ten positions and each experienced a deterioration in their score.

Madagascar’s score deteriorated by the largest extent. The island’s relatively peaceful state (it was ranked 40th in the 2007 GPI) came to an abrupt end in early 2009, when political tensions erupted into violence. Since the overthrow of the president, Marc Ravalomanana in March 2009 the country has been in deep political
crisis, which intensiﬁ ed at times in 2010 and was accompanied by an increasingly acute economic crisis, reﬂ ected in declines in several of the measures of safety and security in society.

Here's a rundown of how African countries are ranked on the peace index. Botswana is the most peaceful African country and it is ranked 35th in the world, and so on: