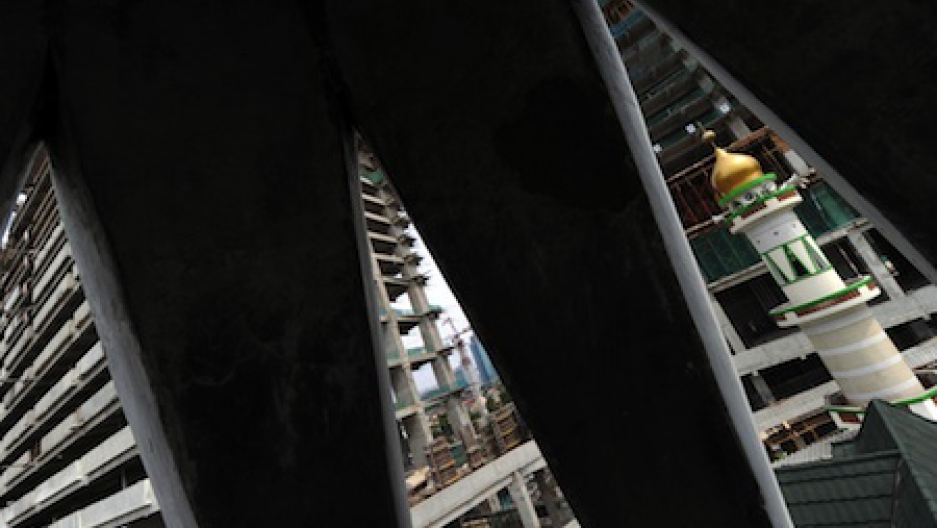 A minaret stands before a construction site for a high-rise commercial complex in central Jakarta on August 27, 2010.
Credit: ROMEO GACAD
Share

Where does Islamic architecture prove convenient for a mobile phone operator?

In East Java, Indonesia. There, the Jakarta Globe reports, a telecommunications firm is paying a mosque $2,800 per year to use its minaret as a cell phone tower.

It's actually a no-brainer. Minarets are tall spires that provide a perch to announce the call to prayer. Many are fitted with loudspeakers so that the "muezzin" -- the man tasked with prayer calls -- doesn't have to scale that skyward spiral staircase.

Turns out minarets also make great cell phone towers. Why add an ugly, steel tower to the landscape when there's already an attractive spire in place?

According to the Jakarta Post, this logic has caught on. Throughout East Java, roughly 40 other mosques have attracted telecom renters and surveys are ongoing.

Oh, and in case you're wondering, none of this anger Allah. That's the determination made by Nahdlatul Ulama, Indonesia's largest and most influential Islamic organization.