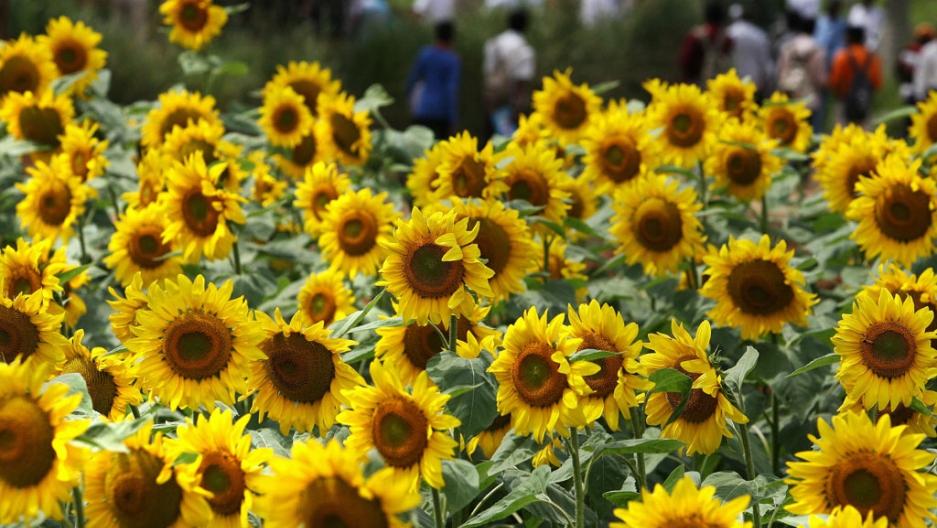 NEW DELHI, India — Jaspreet Singh, a young student from a caste once considered "untouchable" by other Hindus, was in his last year of medical school when his life began to fall apart.

A talented student, and his family's brightest hope for clawing their way into the middle class, he was stunned to find that he had failed community medicine, one of his easiest subjects. But he was even more devastated by the alleged reason: His professor was determined to flunk him because of his caste.

Like most students from the Dalit castes, Singh had suffered the sly digs and subtle slights of his classmates in silence for years at the Goverment Medical College (Chandigarh). His professor's alleged claim that he would never allow Singh to get there was the last straw.

Singh hung himself from the ceiling fan in the bathroom in the college library, writing in his suicide note that he could no longer bear the insults and discrimination he'd endured from two fellow students and his community medicine professor, Dr. N.K. Goel. (All three have been charged with abetting Singh's suicide, which is a crime under the Indian penal code, but no ruling has been issued and the accused maintain that they are innocent).

"The college says he couldn't cope with the coursework, but he did fine in all his other subjects," said Jaspreet's sister, Balwinder Kaur. "In surgery he got 80 percent marks."

Sadly, cases like Jaspreet's are all too common, according to the Insight Foundation, a group of young Dalits who are working to eliminate discrimination in India's higher education system.

No official effort has been made to determine how many of the more than 16,000 school and college students who have killed themselves over the past four years hail from India's historically oppressed castes, and only one study, covering only the All India Institute of Medical Sciences, has investigated discrimination on campus.

But the Insight Foundation believes that a disproportionate number of the students committing suicides are Dalits, and its members allege that caste discrimination, a dirty secret, is ubiquitous at India's top universities — even as the government works to expand access to higher education with quotas, or reservations, for historically oppressed groups.

"The problem which we face in elite institutions is much worse," said Anoop Kumar, the Insight Foundation's national coordinator, and a Dalit himself. "These elite institutions are considered to be very prestigious, and the Dalit students who enter there are thought to be intruding into that space through reservations — they don't deserve to be there, this is such a competitive place, this is such a meritorious place, and these guys have come through quota. So the hatred and hostility is much more."

It just might be possible that hostility marks an inflexion point for Indian society not unlike white America's reaction to the desegregation of schools in the 1960s.

To break the stranglehold of caste — which has endured for thousands of years, defeating the efforts of religious reformers, missionaries and civil rights activists — India made the persecution or segregation of the erstwhile untouchables illegal and introduced a quota system that reserved 22.5 percent of university placements and government jobs for the so-called "Scheduled Castes and Schedule Tribes" in the 1950s.

But in recent years, since the rise of caste-based political parties in the 1990s has begun to ensure those reservations are enforced, and other laboring castes have won their own job and education quotas, the shakeup in the social order has resulted in a backlash from among high caste Indians. At the All India Institute for Medical Sciences (AIIMS), for instance, where there are 50 Dalit students, hundreds of doctors staged protests and hunger strikes against the expansion of the quota system to reserve an additional 27 percent of placements for students from the laboring castes known legally as the "other backward classes," or OBCs.

Their argument: reserving half or more of the seats in India's limited universities has made it nearly impossible for high-caste students to win a place, and the quotas are eroding the high standards that have earned the Indian Institutes of Technology, Indian Institutes of Management and AIIMS an international reputation for producing leaders like Indra Nooyi, the chief executive of Pepsi, and Vinod Khosla, co-founder of Sun Microsystems, among thousands of others.

That was the environment that another Dalit suicide victim, Balmukund Bharti, confronted when he won a place at AIIMS through the quota system in 2006.

Persecution forced Bharti to move out of his dorm room to bunk with other Dalit students. His professors and classmates allegedly marked him out as a "quota student" at every turn. And one of his instructors allegedly told him flat out, "You are not worthy of becoming a doctor," according to his parents, who also say that AIIMS never notified them after their son's first, unsuccessful, suicide attempt. (AIIMS did not respond to an interview request or questions sent by email).

"Suicide is just an indicator of the malaise that is there," said Kumar of the Insight Foundation, which has documented nearly 20 cases of discrimination-related suicides by Dalit students, and posted video testimonies from their parents and relatives on Youtube and various web portals.

Kumar cites the high drop out rate among Dalit students, the dearth of Dalit faculty, and the large number of unfilled quota seats as evidence that the whole education system is shot through with caste-discrimination.

Indeed, while in every other instance institutions and individuals alike cultivate a disingenuous, willful blindness to caste — refusing to compare the performance of low-caste students on anonymous tests to their performance in one-on-one evaluations, for instance — your caste is the very first thing that the university learns about you on the first day of class, Kumar says.

On his own first day at university in Uttar Pradesh, a professor asked each student to stand up and tell everyone his name, his hometown, and his rank on the standardized test that governs college admissions, which meant that he had to announce to the entire assembly that he had gained entry through the quota system, and therefore that he was a Dalit.

The Bahujan Samaj Party's Kumari Mayawati had just become the first Dalit chief minister of the state, and the professor concluded with a message for all the quota students. You had better study hard, he said, because Mayawati won't be marking your exams.

"From the first day, they identify you as a reserved category student, or a quota student, and hence, they believe you are inherently weak," Kumar said. "At the same time, they're telling you that you can't approach them for help."

Many Dalit students excel despite the obstacles, of course. But the obsession with so-called "merit" — as defined by standardized tests that are biased in favor of wealthier students — obscures the fact that most quota students are fighting their way out of small towns. Their parents have no money for expensive prep courses. And despite attending 10 years of school in a regional language, they're expected to make the transition to English without extra help.

"We want to break this myth of merit," Kumar said, referring again to Balmukund Bharti, whose parents are destitute laborers from one of India's poorest regions. "For us, the real merit is that a student from such a backward area and such a backward family, through working hard, made it to AIIMS at all."

Apparently, the university officials who would sympathize with that point of view are few and far between, suggests a health ministry-mandated investigation into discrimination at AIIMS led by Sukhadeo Thorat, a Dalit academic.

The Thorat Commission report found that the institute had not established legally required measures like a grievance cell for discrimination complaints or remedial programs to help low-caste students overcome language problems and other academic difficulties. Noting that half of a students' grade is based on "internal assessment" by instructors, the commission also found that Dalit students said their examiners made sure to inquire about their caste background, then made themselves inaccessible and spent less time with them than with their upper caste classmates.

AIIMS later formed its own committee to investigate the Thorat Commission's findings, and refuted them out of hand, filing suit in the Delhi High Court against the health minister, his secretary and three members of the Thorat committee, demanding around $10,000 in compensation for alleged defamatory remarks.

So it's not surprising that the institution has implemented few, if any, of the Thorat Commission's recommendations, according to a source close to the situation.

But the Insight Foundation is not going to let the issue lie.

Fresh out of meetings with an official from India's Ministry of Social Justice and Empowerment — which is tasked with the fight against religion- and caste-based discrimination — Kumar said that the group is pushing the government to act, and plans a nationwide protest next month if it doesn't move swiftly enough.

Time could well be of the essence. When the government compelled GMC (Chandigarh) to get an independent group of professors to recheck the exam that Jaspreet Singh had failed, he passed with flying colors.

But a posthumous medical degree isn't worth much to his devastated family.

"We are still trying to get justice. We are still fighting in court," said Singh's sister. "[Professor] Goel should be dismissed and put behind bars so no other student faces something like this."