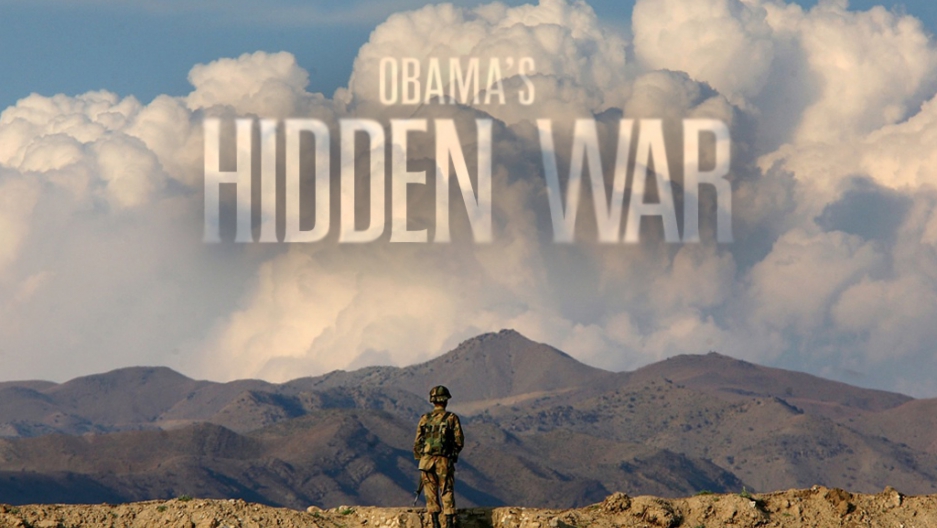 A Pakistani soldier looks out over the hills of North Waziristan.
Share

MIRAMSHAH, Pakistan — Based here in the remote, weathered hills of North Waziristan, is the Haqqani Network, a group of insurgents closely aligned with the Taliban that has long provided a safe haven for Al Qaeda.

The Haqqani Network is believed to be one of the greatest threats to U.S.-led NATO forces operating in neighboring Afghanistan.

This is a region ruled by tribal law and allegiances, making it difficult for even a Pakistani from outside to travel freely. It is a Wild West where everyone is watching everyone else, a semi-autonomous region where, according to the country’s constitution, normal judicial and criminal laws don’t apply.

There are no police here, no army and no courts. Pashtunwali, a centuries-old tribal code, rules day-to-day life and is the law of land. All disputes are resolved through a Jirga, an assembly of community elders, whose word is final.

Security analysts say North Waziristan is the most important route for militants moving back and forth across the border between Pakistan and Afghanistan, where they persistently attack NATO troops. And before Osama bin Laden died in a neighborhood not far from Islamabad, North Waziristan is where many thought he would be hiding.

U.S. President Barack Obama has long claimed that winning the war in Afghanistan will require that this region — and the Haqqani Network that rules it from the shadows — be brought back into the fold. The Haqqani Network is thought to command about 3,000 trained militants.

“If America wants to stay in Afghanistan, or safeguard its interests in case of a proposed pull-out, it has to tame North Waziristan,” said retired Maj. Gen. Shafiq Ahmed, a Lahore-based security analyst.

So Obama — who made winning the war in Afghanistan and catching bin Laden two of his central campaign promises in 2008 — has stepped up the use of unmanned drones in North Waziristan. The drones are operated by the Central Intelligence Agency and were first authorized by U.S. President George W. Bush in 2004.

The first drone attack here targeted Taliban commander Moulvi Naik Muhammad on June 18, 2004. It was the only attack that year. Since then, there have been 246 more and every year since they have increased in frequency. In 2008, 38 drone strikes were recorded. In 2009, there were 52 and in 2010 there were 132.

While some believed the killing of bin Laden might lead to a halt in drone attacks in the area, the strikes have only grown more regular. There have been seven bombings since the raid in Abbottabad took place.

The most recent struck on May 20, killing four people. Another, on May 16, killed nine people here — all of whom are thought to have been militants. On May 6, a U.S. drone attack struck Datta Khel, also in North Waziristan, killing 15 people. And on May 10, another drone attack killed four people, all of whom officials said were militants. Seven civilians were wounded.

On April 21, in one of the deadliest attacks of late, at least 25 people were killed in North Waziristan following a U.S. drone attack. The missile struck a large compound in the town of Spinwam. Five women and four children were among the victims.

According to Pakistani intelligence sources, more than 2,200 people have been killed in drone attacks since 2004. It's hard to know how many of those deaths have been civilians. But even by the most conservative estimates, about 50 percent of the casualties are thought to have been civilians.

Before the drone attacks began in earnest, the Obama administration had tried to pressure the fragile Pakistani government to launch a full-fledged military offensive in North Waziristan with little success.

Despite the importance of the region to the war in Afghanistan, now in its 10th year, a series of visits by top U.S. officials — including Vice President Joe Biden and Chief of Central Command Adm. Mike Mullen — was not able to coax Pakistan’s civilian and military leadership to fight back.

Pakistan says that its 60,000 troops are already engaged in operations against Taliban forces in South Waziristan, the tourist valley of Swat and other regions of the country — not to mention along its border with longtime enemy India. It says it's not in a position to open a new front.

Left with little choice, the Obama administration has increasingly depended on the unmanned drones, which are launched from Afghanistan, to strike Haqqani, Taliban and Al Qaeda militants operating in North Waziristan.

The strategy has triggered a public falling out between the two countries. Coupled with the shooting in Lahore by CIA operative Raymond Davis that killed two Pakistanis — and his subsequent arrest and detention — Pakistani officials have increasingly taken a tougher stance, at least publicly, on U.S. transgressions on their soil.

The relationship was further strained by the killing of bin Laden by U.S. Navy SEALs outside of Islamabad on May 2.

On May 14, Pakistani lawmakers, in their harshest language yet, demanded a halt to the drone attacks and threatened to cut off a key NATO ground route that is used to supply troops in Afghanistan if they continued.

Like with the raid on bin Laden’s hideout, Pakistan has always publicly claimed that it has had no prior knowledge of the attacks and regularly condemns the United States for them. Some political analysts and Pakistani intelligence officials, however, say that the Pakistan government has given the United States the green light in exchange for plausible deniability.

Analysts believe Pakistan wants simply to protect itself from a public that is increasingly frustrated by the presence of the CIA in Pakistan and by the large numbers of civilian causalities caused by the drone attacks.

“Pakistan’s civilian and military leadership does not want to be the center of hatred not only within Pakistan … but also in the Arab world,” said Najam Sethi, a Pakistani political analyst.

The United States, for its part, has claimed some success in dismantling Pakistani militant networks using the targeted drone attacks. But the civilian casualties, including women and children, have complicated the allegiances of a population that has in the past tried to keep its head down and avoid taking sides.

Many experts fear that the civilian deaths could ultimately serve only to bolster the ranks of militants wishing to target the United States and its allies. They also fear it could threaten a counterterrorism strategy — penned by Gen. David Petraeus, who is now heading up the mission in Afghanistan but will, at the end of the year, take over the reins at the CIA — that values winning hearts and minds above victory by force.

Mujahideen fighters, backed by the United States, used North Waziristan as their jumping off point for ambushes on Soviet troops fighting in Afghanistan — just as they do today against NATO troops. The fighters were led at the time by Jalaluddin Haqqani, a guerrilla commander and a former minister for border affairs in Afghanistan’s Taliban government. His son, Sirajuddin Haqqani, now leads the fighters.

Gen. Ahmed, who commanded Pakistan army operations in North and South Waziristan from 1980 to 1984, said that if the United States is going to be successful in Afghanistan, this tribal belt must be central to its war strategy.

“The Haqqani group has turned out to be the most established and organized armed group in the region because there has never before been any operation against them,” he said.

It’s the network’s ability to strike as far away as Kabul, Afghanistan’s capital, that officials and analysts say is of greatest concern to the United States and its allies. U.S. officials blame the Haqqani Network for a series of attacks in Kabul that has shaken the nerves of the large foreign presence there.

It was the Haqqani Network that planned and an executed the suicide bombing that targeted a NATO convoy on May 18, 2010, which killed five U.S. soldiers and a Canadian soldier.

“Its ability to rock Kabul shows just how organized and well-equipped this group is,” said Rahimullah Yusufzai, a security analyst based in Peshawar, adding that even the Afghan Taliban rarely dares to attack the capital.

The Haqqani Network, of course, is not the only militant group that calls North Waziristan home. It operates alongside a group led by Hafiz Gul Bahadur and Tehrik-e-Taliban Pakistan, the largest Pakistani Taliban organization in the country.

Rivalries between these groups have occasionally led to violence. There's also the Afghan Taliban, which often flees to North Waziristan when it needs to regroup, foreign freelance insurgents from Central Asian states like Uzbekistan and Tajikistan and elements of Pakistan’s own security forces. The region’s militant affiliations have become so complicated that few, if anyone, have figured out how to navigate them.

And, no one should forget, North Waziristan is home to the remains of Al Qaeda.

A debate about the future of the U.S.-led war in Afghanistan in the wake of the death of bin Laden, along with the soured relationship between the United States and Pakistan, has dominated headlines. But few have asked what will become of the drone attacks.

For now, they continue.

“Haqqani Network has not so far been involved in any major armed conflict either with the Pakistan army or opponent militant group, that is why its organization is very much intact,” Gen. Ahmed said.

“And that is a matter of great concern for the United States.”