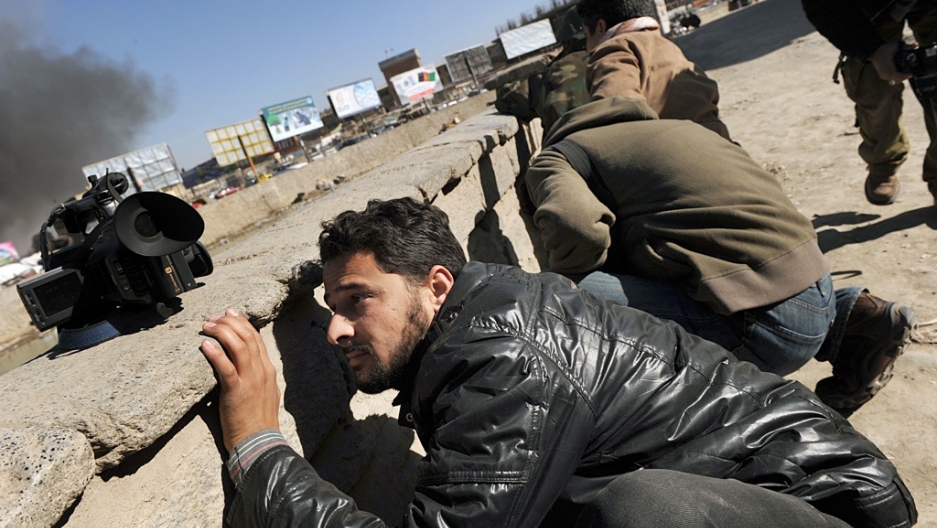 It’s now official: there is a threat-warning out against journalists in Kabul. For once it is not an angry government or irate editors who are hounding us, but the Taliban insurgency, apparently intent on reinforcing their spring offensive with a scribe or two.

This is no laughing matter, I know. I have had several friends who have spent quality time with the Taliban, and it does not sound like a pleasant experience, even with an almost guaranteed book deal at the end of it.

I am getting almost daily messages from various organizations, from the U.S. Embassy to the Committee to Protect Journalists, urging me, and all journalists, to take extra care.

But what does that mean, exactly? A journalist’s job is to go where the story is.

Of course I take all proper precautions. I am not contemplating a trek into Taliban country any time soon. I am not looking for Mullah Omar, and the former and present Talibs I do talk to are all quite respectable. I do not entrust my safety to people I do not know, and I try not to make too many plans very far in advance.

But there is a limit to what a journalist can do to protect herself. Traveling with armed guards and in bulletproof vehicles is not conducive to establishing trust with an interview subject, even if such measures were not beyond the modest budgets of most news organizations.

I was escorted home from an interview a few nights ago and the driver’s companion had an automatic weapon casually propped against his knee. I was terrified the whole time that we would run into a U.S. convoy that would spot the gun and decide we were terrorists. That could have ended badly for everyone involved.

I take “safe” taxis around town, meaning I call an organization that sends a car, rather than hailing yellow cabs on the street. I stopped that years ago after an unpleasant, but not life-threatening, groping incident.

I go to various offices and events in order to report, and, of course, there is my daily gym routine and simple but necessary chores like food shopping.

If past experience is to be believed, any of these movements could be life-threatening if I were to become a target. Right before I came to Afghanistan, four U.N. staffers were kidnapped in broad daylight on the streets of Kabul, from an armored car. A French employee of a nongovernmental organization dealing with health issues was snatched right outside his gate at 9:30 in the morning, not a block from my own house. Several other journalists of various nationalities have also been taken in Kabul.

Most of the kidnappees were eventually released unharmed.

I do continue to visit restaurants in the evening, when I can find someone to go out with me.

This may not be wise — many of the local watering holes have become targets over the years — either for serving alcohol, running prostitutes, or both.

But huddling inside my house while life goes on outside is just not an option. I am not cavalier about the danger; but I have long ago made my peace with it. This attitude, of course, could dissipate in an instant if I am ever in real danger. So far I have been very, very lucky.

My one consolation is a remark made by an Afghan colleague and intended (I hope) to be funny. I am fairly certain he had never read O. Henry’s “The Ransom of Red Chief,” in which the kidnappers of an obstreperous little boy eventually pay the parents to reclaim the child.

“The Taliban would not want you,” he laughed. “And if they did take you, they would be begging us to take you back inside of 24 hours.”

I can only hope.