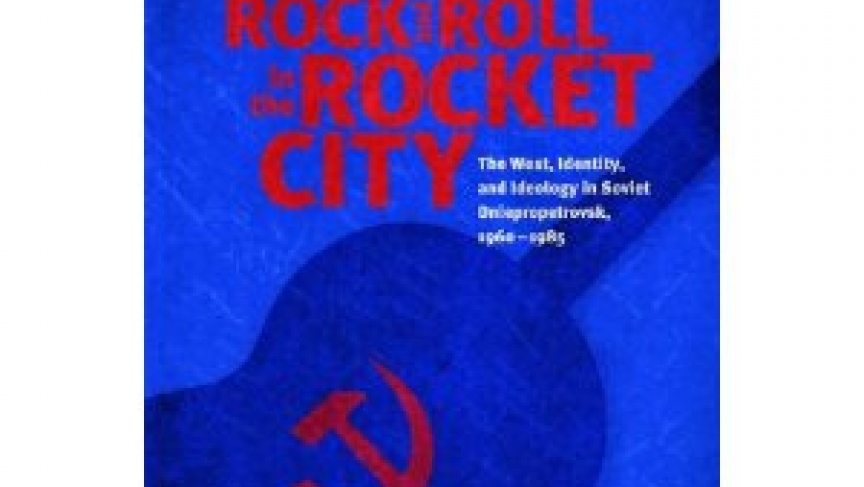 Rock and Roll in the Rocket City

Share
Sergei Zhuk remembers the first time he heard rock and roll. "I was six years old when my brother brought the record Rubber Soul from the Beatles," he said. Zhuk grew up in the USSR in 1960s and 70s. He said everybody was obsessed with the Beatles and Rolling Stones back then. "Because it was very unusual for our ears. It was sincere, with a lot of energy," Zhuk said. Sergei Zhuk, who moved to the United States in the 1990s, is a professor of history at Ball State University in Indiana. He traces how this forbidden music slipped under the Iron Curtain, and hastened the demise of Soviet communism in his new book, "Rock and Roll in the Rocket City." He has a provocative thesis. "I would argue that rock music per se did not destroy Socialism, but the values and cultural practices related to obtaining this music contributed to the end of socialism," he said. The "Rocket City" of the book's title is Zhuk's hometown, Dniepropetrovsk, a provincial city in Eastern Ukraine. It was the site of the Soviet Union's biggest missile factory. And unlike Moscow and Leningrad, it was off limits to foreigners. "As a result, we can use Dniepropetrovsk as a model of the entire Soviet closed society," Zhuk said. Black Market It wasn't easy for kids to get their hands on actual albums. You needed tourists for that. "We had no foreign tourists," he said. "But we had parents, very influential parents, who travelled abroad – KGB officials, apparatchik officials. Children from these families had all this forbidden music," which they then copied onto cassettes and sold, which created a thriving black market. Zhuk said the Soviet government's response to the underground rock culture was riddled with internal contradictions. On the one hand, the authorities called it "ideological anti-Soviet pollution," and even outlawed certain bands, such as Kiss. "According to our ideologists, they represented "fascist" music," he said. It wasn't because of their weird face paint; it was the SS in the band's logo. "And this is a paradox," Zhuk said, "because the American band Kiss was organized by a Jewish guy whose grandparents came from Odessa, from Ukraine." But he said the Soviet government tolerated, and even promoted other groups, like the Beatles, Deep Purple, T-Rex, Slate, Sweet, Rolling Stones. It released bootleg versions of their songs, on Soviet records, without naming the bands. And it played up the anti-imperialist and lefty lyrics in the songs. Then the Young Communist League – the youth wing of the Soviet Communist Party – cashed in on the rock craze by opening discotheques in schools and factories. These dance clubs were hugely popular throughout the Soviet Union in the 70s and 80s. They probably weren't that different from discos in the west, except that Soviet kids had to sit through an hour-long lecture on socialism before the music came on. Young Communist Discos Russian President Dmitri Medvedev was the deejay at one of these Young Communist League discos; so was Sergei Zhuk, for many years. "Because I Iove this music, and I needed to add some money to my family budget," he said. This was while he was on the faculty at Dniepropetrovsk University. "I made more money on my gigs than I did teaching history in those days," Zhuk said. Zhuk said the young Party activists and apparatchiks who ran these discos were supposed to be enforcing communist values. Meanwhile, they were using western music to get rich. Zhuk calls them the Deep Purple Generation. "If you analyze who now rules the post-Soviet space," he said, "all these people were former ambitious apparatchiks who developed this very important, cynical approach to any ideology," along with the business skills and political connections that helped prosper after the collapse of communism. Zhuk said this is one reason many are cynical about post-Soviet capitalism, and they're increasingly nostalgic for certain aspects of socialism. "We were poor, of course, but we didn't feel this. And suddenly we realize that we have very rich people, a few of them, and a majority of us are just poor, having nothing," he said. But at least they still have the music.