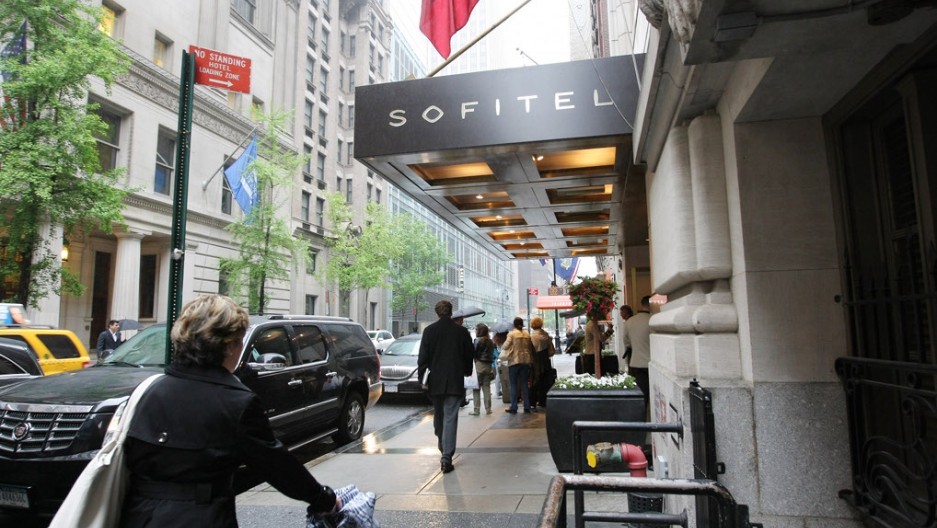 BOSTON — To Americans, Dominique Strauss-Kahn might appear hopelessly shamed. Formerly the chief of the International Monetary Fund and frontrunner in the 2012 French presidential election, he is now the disgraced cover boy for the NY Post, while occupying a Rikers Island prison cell, accused of sexually assaulting a hotel chambermaid.

And what about the French? Their empathy apparently still lies with the charismatic, high-flying politician.

Fifty-seven percent of French think Strauss-Kahn is the victim of a plot, according to a poll by CSA (in French) conducted on May 16 and released today. When only members of Strauss-Kahn’s socialist party were counted, the number rose to 70 percent.

Less than a third of the people surveyed were persuaded that the alleged victim was beyond suspicion. Only 32 percent indicated that DSK, as he’s known, “probably” or “certainly” was not set up. Eleven percent declined to respond or indicated that they were uncertain.

“It is noteworthy that regardless of education level, the responses were similar,” CSA stated.

Respondents indicated that the politician most likely to benefit from the scandal was the current president, Nicholas Sarkozy, a conservative whose popularity has waned in recent months. The next most likely to gain was Martine Le Pen, the daughter of extreme-right nationalist firebrand Jean-Marie Le Pen.

The poll surveyed a representative sample of 1,007 men and women nationwide. It found that 54 percent of French people still believe that the Socialist Party has a chance of winning the presidency in 2012.

In the context of the U.S. legal system, how likely is it that a woman falsely accuses her attacker? "By every academic estimate, we're talking about a range of 2 percent to 8 percent — absolutely no different from any other crime," writes Susan Estrich, a rape survivor and professor of law and political science at the University of Southern California.

Law enforcement officials are generally very careful to screen allegations before making charges, Estrich said in an email to GlobalPost. Virtually every police and prosecutor's office in the U.S. has a special victims unit, where accusers are typically scrutinized to see if they can hold up under cross-examination. Many legitimate cases are not winnable, she pointed out. "The big criticism one hears is not that the police and prosecutors do too little screening, but too much; that often, they choose not to bring cases they believe to be meritorious because of their concern that juries will not convict."

Estrich noted that there are exceptions to this rigorous scrutiny, such as the case involving the Duke lacrosse team, where a prosecutor brought an illegitimate case, apparently to exploit racial politics in the midst of his reelection campaign.

In Strauss-Kahn's case, the chambermaid’s lawyer, Jeffrey Shapiro, indicated that “she had no idea who [Strauss Kahn] was in the world until approximately the next day.” Shapiro identified her as a 32-year-old single mother caring for a 15-year-old daughter, a woman from Guinea, in West Africa, with little education, who had been in the United States for about seven years.

“She’s done what she’s been asked to do. She feels it’s her responsibility to tell the truth, and this has come at great cost to her. Not only has she given up her personal life, but she feels she’s in physical danger,” Shapiro added. Any notion that she was involved in some form of conspiracy is "ridiculous.”

The New York Post reported today that the woman lives in a Bronx apartment rented exclusively for adults with HIV or AIDS.

As far as the French are concerned, it’s not only Strauss-Kahn who is on trial. It’s also the American customs of justice.

For example, Le Monde reports that the French are outraged by the “perp walk” — the common practice of marching the accused into court, handcuffed and surrounded by police, through a scrum of photographers. This is alien to French sensibilities, given that it essentially punishes someone still presumed innocent, by tarnishing their reputation prior to trial. The practice of allowing cameras in court has angered many as well. In France, it is a crime to show photos of a handcuffed person before conviction.

French politicians “consider these images of Strauss-Kahn, which the left qualifies as media assassination, to be scandalous,” according to a Le Monde article titled “Perp walk: anti French?” Former French justice minister Elisabeth Guigou called the practice “a brutality, a violence, of an incredible cruelty, and I’m happy that we don’t have the same judiciary system,” the NY Times reports.

"I think it is humiliating, but if you don't want to do the perp walk, don't do the crime.” He added that it was sad when someone subject to the perp walk was later revealed to be innocent.