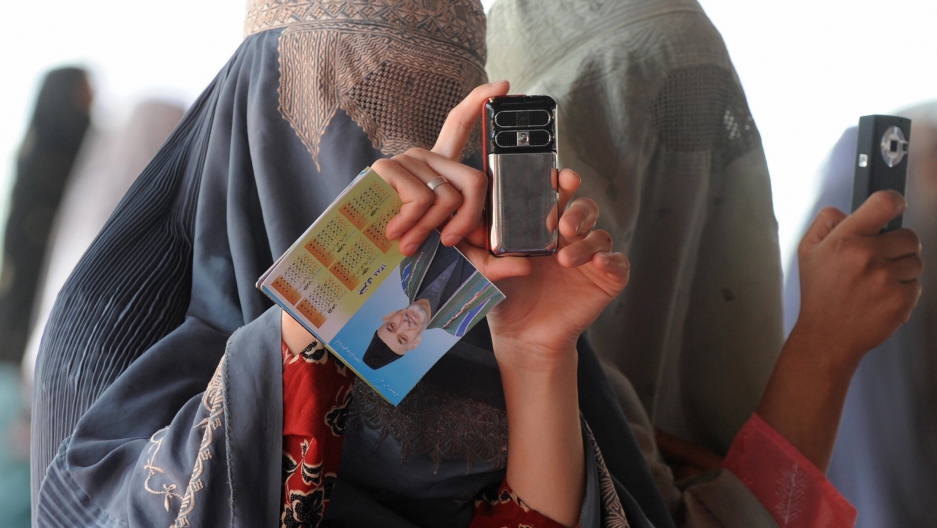 They may have banned music, television, and photography when they were in power, but the Taliban at war have never missed a chance at self-promotion.

So it is with Twitter, which the Taliban have taken to with abandon. For the past six months or so, when they were limiting themselves to Pashto, they had a smallish but loyal fan club. But in the four days since they started “tweeting” in English they have picked up speed, and now can boast 5,347 followers.

They have over 800 tweets, all of them fairly predictable: “3 US invaders killed, two wounded in clash with Mujaheddin” or “Mujaheddin locked in battle with puppets in Balkh.”

It helps to know the shorthand: “mujaheddin,” with its connotation of “holy warriors,” refers to the Taliban; “invaders” are foreign forces, usually American; “puppets” invariably means Afghan forces or government officials.

The claims are very likely overblown: according to the Taliban tweets for May 16, over the past 24 hours they have killed 10 international troops and wounded seven; destroyed seven tanks and four vehicles, as well as engaging the Afghan army in several provinces, killing 10 and wounding four.

The press office for the International Security Assistance Force (ISAF), the NATO-led coalition that conducts operations in Afghanistan, records no international casualties during that period.

ISAF’s own Twitter feed was unimpressed with the Taliban’s technological leap.

“What is that? The Taliban are tweeting in English? Lies are lies no matter the language,” ran a post on ISAF’s site.

With the insurgents joining the social media craze, one wonders whether some of the luster may come off of the giddy enthusiasm with which the international donor community has embraced the new technology.

Since every uprising from Iran’s post-election’s protests to Egypt’s history-making sit-in has now been dubbed “the Twitter revolution,” every well-meaning moneybags from USAID to the Embassy of Denmark is looking for ways to apply social networking to Afghanistan.

Circulate some equipment, the thinking goes, conduct a few trainings, and Afghans in their millions will be clamoring for democracy.

But social networking is not a silver bullet; it is a tool, and a tool is only as good as the one who wields it. Give a bunch of untrained persons a chisel and a lump of rock, and they are unlikely to come up with Michelangelo’s “David.”

Of course the amateur mobile-phone videos of blatant vote-rigging in last September’s Parliamentary elections were thrilling as they were aired nightly on independent television; but they did very little to change the results.

Social media is a reflection of society; it cannot, by itself, transform it. Those who hope to help Afghanistan get on its feet need to dig in for the long haul.

Twitter, for example, is a text-driven medium. Afghanistan has a literacy rate that barely tops 30 percent, meaning that the population one presumably would want to reach — the poor, the disaffected, those in remote rural locations where the Taliban hold sway — would not be able to participate.

Some donors have wisely taken this into account, and are busy sponsoring “citizen journalism,” which involves scattering cameras, computers, and other technology around remote and insecure locations in the hope that technology-savvy Afghans will take up the cause and begin to transmit news and information from places where the mainstream media cannot penetrate.

It is possible that this will happen. It is also possible that the Afghan government will actually tackle corruption, that the highly-paid international advisers in the various ministries will make headway on issues such as gender equality and press freedom, and that Afghanistan’s next elections will be fraud-free.

But I would not bet the house on it.

In Helmand Nangarhar, and other provinces with a significant insurgency, social media is being applied in ways that would most likely make the various embassies frown.

Bluetooth is used to send Taliban snuff clips from one mobile phone to another; those who prefer lighter entertainment can get “joponai” — short films of young boys dressed as women dancing provocatively for an all-male audience.

The mini-cams that are being so generously provided to various production centers around the country will almost certainly be used, at times, to add to the collection of the above genre. The rest of the time they will probably be used to film weddings.

Cell phones are used as often to summon Taliban fighters as they are to spread news and information among the public. The text messages that are now being sent out by the million, and at great cost, by foreign-funded NGOs are usually deleted in annoyance, unless they offer free goods and services.

This is not to say that social media is not useful; in the right hands, and in the right place, it can accomplish miracles.