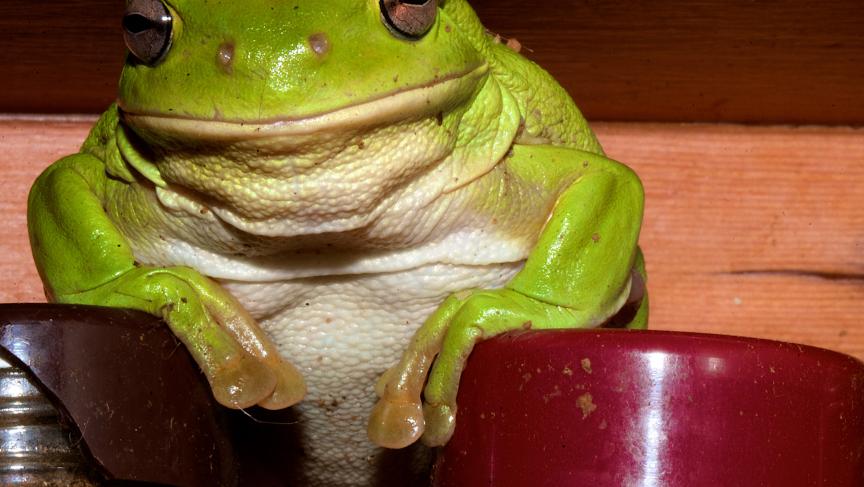 Share
Floods in the Australian state of Queensland last December and January exacted a terrible toll. The bill could reach $30 billion, in clean-up costs and lost productivity. At least 35 people were reported killed. But it wasn't all gloom and doom in Queensland. One part of the Australian state welcomed the floods and is now thriving: the outback. The name alone — the outback — conjures up images of one of the harshest places on the planet. It's the least settled place on earth outside of Antarctica. Like everywhere on the planet, water is life in the outback. But it's been hard to come by recently. The last 10 years have been bone dry. "You walk out in the bush and it's totally dead. Yeah, you struggle to go on a bit when it gets like that," said cattle rancher Angus Emmott. His ranch is about 750 miles inland from the coastal city of Brisbane, which was hit hard by the floods. The nearest metropolis to his ranch is Birdsville: population: 115. "You walk out there now, just the sound and the movement, it's just everywhere," said Emoott. "That's why it's so magic now." Come early morning in the outback, you won't sleep past dawn here amid the cacophony of birdlife. Frogs, turtles, snakes, and the so-called "plague rat" are also flourishing. The land on Emmet's 130,000 acre ranch — that's four times the size of San Francisco — is also suddenly bursting with green grasses. But it didn't actually rain that much here. Most of the rain fell 500 miles away in Australia's tropical north and flowed inland. "It's most striking when you get into this super dry country and the floods will come through and they'll keep going for 500 or 800 miles south of us, and they'll go into country which has had, in many cases, no rain, no effective rain, for years," said Barry Traill, a wildlife biologist who directs The Wild Australia program for the Pew Environment Group. He's took me for a drive through the outback. "You get these lush green flood plains several kilometers wide, iridescent green floods plains, going through these harsh red dune desert. It's an extraordinary contrast." On our drive, we saw hundreds of birds from the windows of Traill's car: cockatoos, finches, falcons, and swallows, all suddenly thriving. "One of the signature birds of the Australian outback are what we call budgerigars, gorgeous little green parrots," said Traill. "And when you see them, they're these extraordinary vibrant mobile birds flying around in vast flocks of up to tens of thousands of birds, all wheeling in unison, twittering away, extraordinary to see." We didn't see a flock, but we did have to stop to let a pack of emus cross the road. Pretty cool. Kangaroos The sudden burst of life in the outback hasn't been an absolute blessing for everybody though. Rancher Leonie Nunn wasn't pleased that another species is flourishing with the floods — Australia's signature animal. "The Kangaroos. I hate them with a passion," said Nunn. "Whoever put them on our coat of arms, I wish we could dig him up and try him." Nunn said kangaroos damage the water, the grasses, the fences, and her trucks. "We've hit heaps over the years. We've got scrubby country. They jump out of nowhere. I'm sure they've got an eye problem or a hearing problem, they've got to go toward whatever is coming. I hate them." Of course, the kangaroos were here first. And like the birds and other creatures in the outback, the kangaroo is supremely adapted to live in dry conditions and an irregular climate. Biologist Barry Traill said female kangaroos have been waiting a long time for these rains. "If the green food dries out, she can actually have an embryo fertilized in her belly and she'll just put that on hold, they call it putting it into diapause. She'll just put that on hold and it will stay alive but not grow. Then when rains come, the food quality increases, the bodies get the hormone signals from the high-quality food, the embryo kick starts again. And within a very short time, she's got one in the pouch." And soon after that, another young kangaroo — a joey — is out and hopping around the outback. Snakes Thriving After Floods Angus Emmott didn't share fellow rancher Leonie Nunn's loathing of kangaroos. Besides being a rancher, he's also a self-trained zoologist, and one of the leading wildlife authorities in this part of the outback. A turtle he discovered carries his name. His true area of expertise though is snakes, which are also flourishing after the floods. "In this immediate area, you get the Fierce snake, or the Western Taipan, which is the most venomous land-based elapid in the world," said Emmott. "It's wonderful. They're pretty quiet. They're not going to hurt you. You got a better chance of getting run over by someone out in the road." Emmott acknowledged that the floods that have brought such a proliferation of snakes and other wildlife were terrible for thousands of people in more populated parts of Australia. But he also reinforced that they're a vital part of life in this country. "There has been a lot of hardship and a lot of people affected. But landscapes do need water, they do need flooding. And that's what flood systems are about," Emmott said.