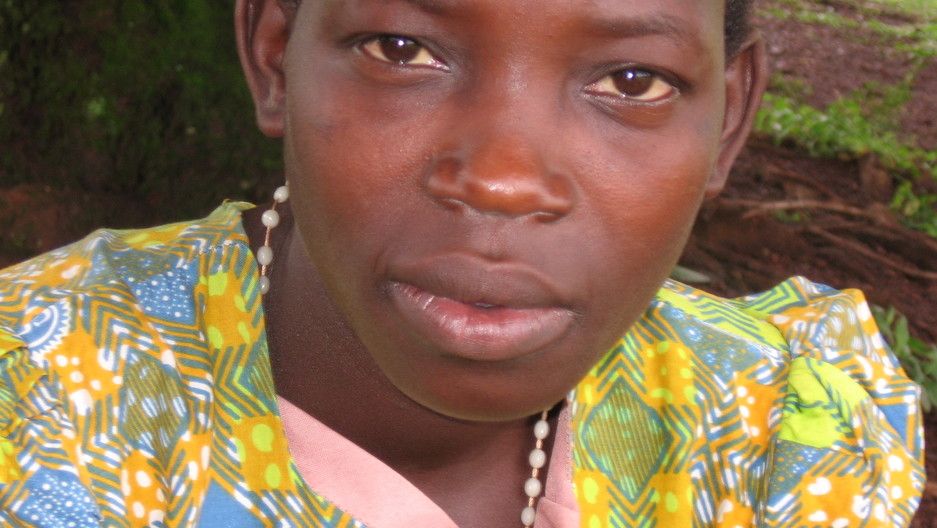 Share
By Joanne Silberner About three quarters of people with mental illness in low-income countries don't have access to treatments for their conditions, according to the World Health Organization. And even among those who do get care, treatment may not be enough, says Tina Ntulo, who manages the Uganda chapter of a charity called BasicNeeds. "It doesn't matter how much you shout off the rooftops that people's rights should be respected," she says. "In Africa, you are measured by what you bring to the table, what you bring back to the house." And people with mental illnesses often can't bring much even once they get better, says Dr. Florence Baingana, one of the 30 or so psychiatrists in Uganda. "Because they've had a mental disorder in the past, people don't trust them enough to take them on and employ them." There's a movement to provide more than drugs or talk therapy to people with mental illness in developing countries. The idea is simple. Give them a way to make a living. They'll feel a lot better about themselves, and they'll earn back the respect of their families and communities. The requests, say Ntulo, come from people who are recovering from mental illness. "We quickly learned that within six or eight months of treatment they begin to demand to want something else," she says. "A person has to work to get by." Occupational therapy is a common part of mental illness treatment in developed countries. But it's not common in poor countries, says Dr. Vikram Patel, a psychiatrist and professor of international mental health at the London School of Hygiene and Tropical Medicine. BasicNeeds is one of the few groups that do it, he says. "There aren't many like them." Jobs Training In Uganda, job training takes many forms. For Lucy Kituhairwe of Hoima, it's meant joining a self-help group. A couple of years ago, she was hit with a sudden onset of symptoms of bipolar disease. She began running back and forth around her village, she tried to choke herself, and then there were times that all she could do was sleep. Drug treatment brought her back around, but she was still shunned by friends and villagers. The self-help group elected her as their leader, and they're applying for government grants for seeds and planting supplies. "Being in a group has helped me very much," she said through a translator. "Things are far better now than they were before." On the outskirts of Uganda's capital city, there's a different job project. A Land Rover pulls up with a noisy cargo in the back – about eight to 10 bleating baby goats, and as many or more squealing piglets, all wriggling too much for an accurate count. Nearby, families wait. Each has a family member with a mental illness. All have been trained in how to care for the animals, and they've put their names into a hat to see who gets what. The village leader pulls the names, and family leaders come over to the Land Rover with ropes, to lead away their animals. Shame Without something — an animal that can produce milk or meat, a government grant to help with farm expenses — people with mental illnesses just wither, says Vincent Mujune of BasicNeeds Uganda, who runs some of the job training sessions. Mujune says some of the people he deals with would rather remain psychotic than suffer the shame of not being able to provide for their families. Take a family leader who was incapacitated by depression or schizophrenia, and has recovered, only to find he can't provide for his family because he can't get his old job back, or because others have taken over his farmland. "If I were the leader of a family," he says, "then you've brought me back to the reality of having to fend for my family, having to care for my children, having to find school fees." Jurgen Unutzer of the University of Washington, a former advisor to the World Health Organization on mental health issues, says what people need is to be able to care for themselves and their loved ones. "They need to solve problems in their lives, they need to feel that they can add something meaningful to other people's lives," he says. "As health providers we might think is this person psychotic, is this person depressed. That's not really what the patient or the family are worried about, they're worried about can they feed themselves." So how well does job training work? Very well, say the folks at BasicNeeds, who've been running these kinds of projects for ten years. They've done several small studies showing that people do get back to work. But the key to any global health project is sustainability, and at least in Uganda, BasicNeeds can't do everything it wants to do because of a lack of funds — a problem for many mental health projects, which aren't a focus of any of the international health charities.