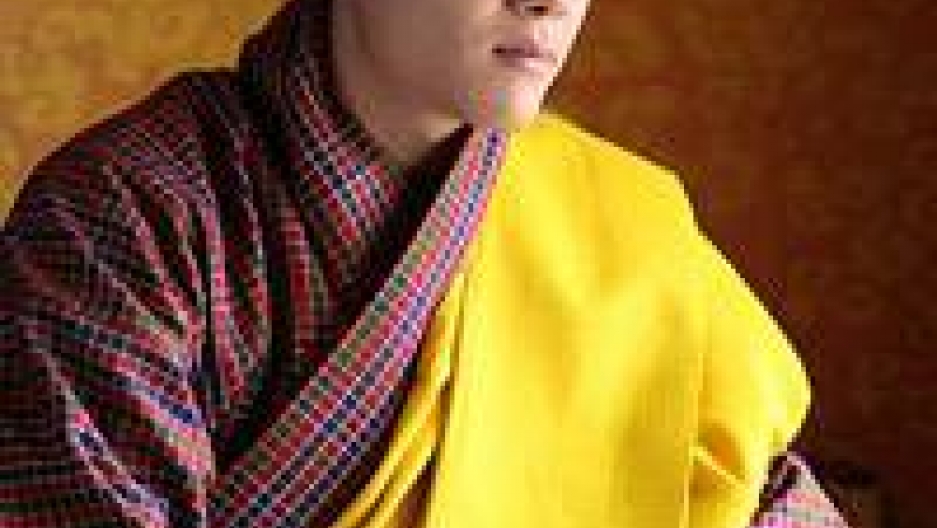 Share
The tiny Himalayan country of Bhutan has long been known for its beauty and remoteness. But it's now fast coming into the modern world. Just a dozen years ago, it started its first television station, and started receiving satellite TV and Internet. And then, in 2006, King Jigme Singye Wangchuck declared to a dismayed public that he would transform Bhutan from a monarchy to a democracy, with its own independent media, and then abdicate to his son. All that has come to pass. And now, three years into Bhutan's new democratic era, Bhutan Broadcasting Service (BBS) radio general manager Kesang said, it's a whole new ballgame. "It used to be that whatever we wanted to give, the audience had to take it," he said. "But now, people are becoming more and more demanding. They want to hear about issues that affect them. So we go into the rural areas, and look at things. If people are suffering, if there are no houses, if there are no water supplies or electricity, we bring up almost everything." So the government broadcaster has become a watchdog? "I think that's the role we should play," Kesang said. "We are fighting to become a public service broadcaster, really out of the government's hands." When Kesang started at the BBS 16 years ago, it was radio only, in the service of the King and his government. That suited a kingdom where more than half its 700,000 people were illiterate. Urbanization But under Bhutan's new democratic system, with a population fast urbanizing and getting educated, demand is growing for a wider range of media options. And the new democratically elected government — and the King — are encouraging a more independent media culture. "The independence of the media is critical to the growth and development of Bhutan's democracy," said Prime Minister Jigme Thinley. "I'm very happy with the way in which the media has been growing, both in terms of the number of participants in the media, but they have also been growing in terms of understanding their important role, just like all the other actors in democracy are beginning to understand their role." This isn't your garden-variety transition from monarchy to democracy. Unlike neighboring Nepal, where the King imprisoned parliamentarians and journalists and tried to grab back absolute power — resulting in an end to the monarchy — here in Bhutan, the King is still revered. Dorji Wangchuck is media director to the current King, Jigme Khesar Nangyel Wangchuck, the son of the King who brought all these changes, including decreeing there should be at least two independent newspapers. "I would think it's mainly to do with pluralism of news," Dorji Wangchuck said. "Having just one independent newspaper might be as bad as having one government newspaper." The newsroom of one of these new papers, the Bhutan Observer, is full of 20-something-year-old reporters, tapping out their stories on deadline. The editor, Needrup Zangpo, is a 33, and a former civil servant. He said, his staff may be young, but they're learning fast, developing an investigative edge, and covering issues like corruption, homelessness, and political infighting. "And in fact, the new political government appreciates us, that the media is growing and being critical, and maturing fast," Zangpo said. "In fact, we think the media is maturing faster than most of the political institutions in the country." For instance, not everyone in the government appreciates critical reporting. Royal media director Dorji Wangchuck said, that can create a problem for some of Bhutan's young news media, because of how they're funded. Government advertising "Most of the revenue comes from government advertising," he said. "And it happens sometimes that when there are negative reports on certain government agencies, that there is some backlash on advertising revenue." Parliament did limit live broadcasting access to its sessions debating legislation. Some Bhutanese journalists say it's because early live broadcasts showed that some legislators weren't up to speed, and that parliament itself was still getting used to having opposition members criticize the ruling party. Still, for all this, the government seems serious — even principled — about wanting to give Bhutan's news media room to grow. Prime Minister Jigme Thinley said he holds a "meet the press session" for a couple of hours each month — where he and other ministers will answer any questions asked, including critical ones. "Criticism is something we have to be prepared for," he said. "And I do understand that the role of the media is not so much to praise the government for the good things it does as to point out the mistakes that the government makes. And therein lies their role." It probably helps that the current King, like his father before him, wants Bhutan to have democracy and a free press. He's stepped back a bit to let that happen, but his media director Dorji Wangchuck said the King is still keeping an eye on progress. I ask if the King reads the newspapers, including the new ones. "All the papers," he said. "Every page."