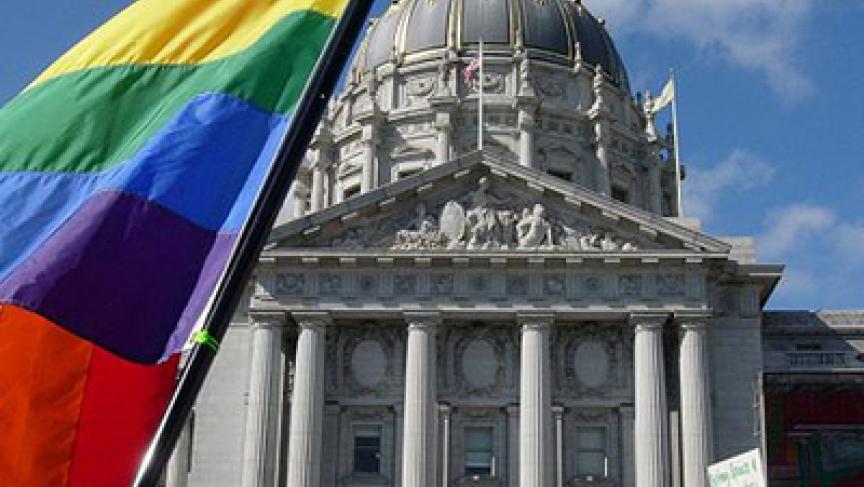 Share
By Alex Collins San Francisco natives jokingly refer to the intersection of Castro and 18th St. as the gayest corner of the planet. Despite living blocks away, Eric Schnabel can't remember the last time that he held his Filipino-born partner Angel's hand in public. Unlike heterosexuals with foreign partners, federal law prohibits Eric from sponsoring Angel for a green card. Without the option to marry, gay bi-national couples face tough choices. Either leave the United States — or spend your life evading authorities. As we drive in Schnabel's car, he explains to me that the couple have become experts at maintaining a low profile. "You know we had to essentially pack up our whole life and move to somewhere else where immigration wouldn't find Angel," he said. I asked Schnabel if they really had to live off the grid evading the authorities. "Yes — so in a lot of ways were basically living were living an underground life," he said. "You know we moved apartments. You now cut out some friends who we couldn't trust sharing information and moved somewhere else … and tried to erase Angel from the system so he couldn't be found." One step ahead The stress of keeping one step ahead of immigration doesn't make their relationship easy. Eric knows from talking to straight friends that all Americans face challenges in sponsoring their partners, regardless of sexual orientation. But for gay couples it's worse. Cara Jobson, an immigration lawyer in San Francisco, finds it galling that her straight clients can go to a courthouse, get married, and breeze through the immigration process. "It's a daily stark contrast," Jobson said. "When someone comes into our office with a same sex partner and they want to file for a green card for that person we have to tell them no that they can't. When an opposite sex couple comes in and a US citizen wants to file for their spouse we file and we have the green card in about three months." When American Liza Fulton saw that all legal avenues were closed to keep her British partner in the US — she felt she had no choice but to move to the United Kingdom — a country that legally recognizes same sex couples. After four years the couple split. Fulton says that being forced to move for the relationship was a major factor in the break-up. Like many other bi-national couples, Fulton's demands are simple — to be given the legal option to sponsor a same sex foreign partner. She doesn't care about a ceremony. "I was never concerned with gay marriage per say," Fulton said. "I was just concerned with being able to live in the US with my partner from Britain. And there was no legal way to sponsor her. There were only illegal paths and we weren't willing to do that. Unlike straight people who can just get married — I wasn't allowed to get married — and I couldn't sponsor her there was just no avenue. Hope But lately Fulton and others have had reason to hope … when the Obama administration decided not to defend the "Defense of Marriage Act," or DOMA. For a short time, immigration officials didn't automatically reject green card applications from same-sex couples. But James Edwards, from the Center for Immigration Studies, says it's unfair for the Obama administration to create a special pathway for gay Americans to work around immigration law. He says that right now marriage forms the backbone of immigration policy — and that American voters have been very clear about who they think should be entitled to get married. "Every time there's been a vote put to the people the states have always upheld Ddefense of Marriage, have always enacted their own defences of marriage and things like that," Edwards said. "So the answer is pretty clear it's not something that the US is ready for." Looking exasperated in his car, Eric tells me that he has heard this argument before. But he says neither he nor Liza are pushing for a change in the law on gay marriage. But they do want same-sex bi-national couples to be able to make the same choices about where they live as straight couples do when planning for their future.