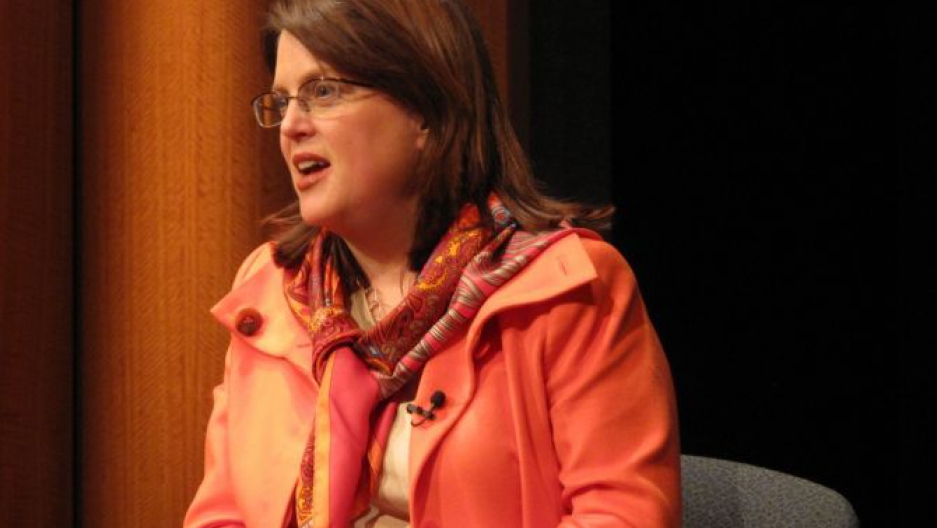 WASHINGTON — Lois Quam was recently named the executive director of the Global Health Initiative (GHI), which puts her in control of a sprawling, ambitious and some would say unwieldy effort by President Barack Obama's administration to prevent disease and promote health around the world. This initiative, which was announced two years ago but is just getting underway, will operate with a budget of approximately $50 billion spread out over the next six years. The GHI is integrated in its approach with the U.S. Agency for International Development but falls under the U.S. State Department and Quam is reporting directly to Secretary of State Hillary Clinton.

Quam has a long background in health care and a close working relationship on the issue with Clinton. In 1993, after chairing an initiative in her native Minnesota that greatly expanded health care, Quam worked as a senior advisor to the then-First Lady Clinton’s task force on health care reform.

But most of her experience in health care has been in the private sector, largely with the UnitedHealth Group, where she was president and CEO of the Public and Senior Markets segment of the company. In 2009, she launched and chaired Tysvar, a Minnesota-based health care reform incubator dedicated to universal health care.

John Donnelly, who is heading up a GlobalPost reporting project on the GHI which has been funded in part by the Kaiser Family Foundation, interviewed Quam for GlobalPost in early April, about two months after she took the position as the head of GHI. Here are excerpts from the interview:

Q: Why did you take this job?

A: It was hard to leave Minnesota winters because I’m a very avid cross-country skier. Throughout my life, I’ve tried to take on important and difficult challenges. I always looked for opportunities to work with talented people and offer my own skills. What I have been best at and enjoyed the most is working with talented people and taking a good idea and bringing it to life, and bringing it to scale.

My career has been principally in industry. I’ve looked at significant challenges, untapped opportunities, and I liked the challenge of improving care to the frailest and the elderly in America, or the people working in rural America, and expanding those services across the country. When the Secretary [of State Hillary Clinton] asked me to work with her on this, it fit so well with what I have done in the past.

I feel very deeply that our country has a significant leadership role to play globally in overcoming these very real and immediate problems of illness and I’m very proud of what our country has done to date around HIV/AIDS treatment, care, and prevention, and the long-standing programs USAID has had in maternal and child health.

I’m also proud of the surveillance work at CDC (the Centers for Disease Control and Prevention), the research capacity and network NIH (National Institutes of Health) has developed, the energetic work the Peace Corps has had in areas, and the logistical work DOD does. But you need to step back and recognize the immense hardship that remains, and the responsibility we have to continue our leadership role in global health.

Q: Two months in, what are the biggest surprises so far?

A: Surprises. Hmm. One challenge that has been very clear to me — a very large one in having come to Washington from Minnesota — is I have really seen the impact of the recession in the country, and I have two points to make about that. One is the strong support in generation after generation, across the country, for global health. It’s been a non-partisan area. Americans have given generally through organizations like CARE or through churches. The depth of that support doesn’t surprise me.

What has surprised me is the impact of the recession of the country is very significant. Some 44 million Americans now qualify for food stamps. As Washington seeks to deal with the budget, it is very important that all of us in leadership positions do all we can to ensure that the funds we are bringing to bear are used most efficiently and effectively. It’s not easy for Washington to realize what the sense is of the rest of the country. The distance between what’s inside the Beltway and outside the Beltway is great. It’s really important to always keep in mind challenges around the country, and use our resources efficiently at all times.

Q: Are you trying to say that Washington underestimates the support for global health around the country?

A: No, it isn’t what I meant. I do think there is a real appreciation in Washington for the support of global health and that’s where the support comes from for PEPFAR and existing programs. It is a clear area of bipartisanship and we have to nurture that. The budget situation created by the recession is something we have to tackle. That makes it very important what we do in this area is effective and efficient as possible.

Q: Let’s talk about the state of the GHI today. Several people, inside and outside the Obama administration, have said it’s a very difficult time for GHI. There’s very little, if any, new funding, and very few, if any, identifiable GHI programs off the ground in countries. What is your assessment of where things stand, and why has it taken so long to get things moving nearly two years since GHI was announced?

A: I think the budget situation makes GHI even more important. If you look at the underlying importance of working closely with countries, to see what works and what doesn’t work, the idea and principle around building more sustainable systems speaks to effectiveness and efficiency. Take issues around women and girls. In so many areas, GHI leverages significant impact across communities. In a constrained budget environment, these are principles that allow us to deliver more services and achieve greater outcomes across the whole global health environment.

As I have talked to countries, I see a lot happening on the ground. I was in Kenya recently and I asked one of the key Kenyan health leaders, ‘What do you think of this?’ He said, ‘We should have had GHI yesterday, it’s so important to build capacity.’

You can look at the whole spectrum around maternal mortality. It’s a huge challenge still in Kenya. One of the surprises — well, it was something I knew, but when you travel and meet with people, you are reminded how many people die from preventable causes — was the danger for women in labor. We went to Kisumu in western Kenya and I asked to go on a trip to a rural area. We were taken to a village outside Kisumu. We met a family where the mother had died giving birth to twins. The visit allowed me to see how programs such as home visits for those with HIV are incredibly important. A counselor talked about a whole range of challenges, all related, and that was really important to see. It was a reminder of the sheer number of women who die in labor. You can’t get over that.

I’m having conversations with all the GHI-plus countries now. I was just taken through programs of Bangladesh yesterday and earlier in the week I did the same in Nepal. I’m going out to Mali shortly. GHI is working because the principles make a tremendous amount of sense. People are moving ahead with them.

The country strategies were released recently. There definitely was a period in 2010 when there was a very heavy internal focus of GHI. We have moved beyond that now, to a very strong focus that is not only in countries, but also holding wider discussions with stakeholder communities. Communities are essential to all the work in GHI.

Q: At a recent event at Kaiser Family Foundation, you said that one benefit of GHI’s support for country ownership was that countries could start paying for the programs themselves. Is that a central element of GHI — to shift the financial burden to countries?

A: Country ownership gives us the opportunity to work more closely with the countries so our plan is more tightly tied to their plan. Some countries can pick up more of the cost. Nigeria, for example, is picking up some expenses. But we know there will be some counties that have limited capacity financially to do that.