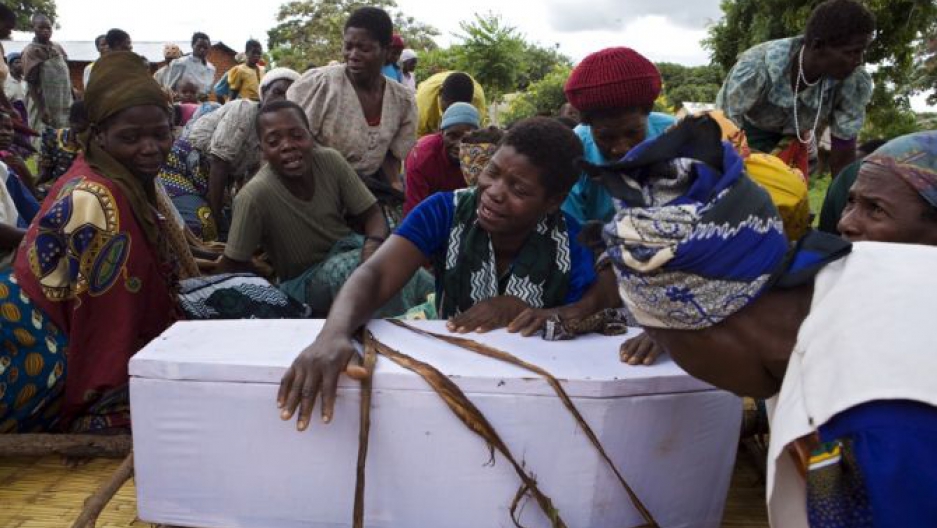 The funeral of Gift, 3, who died of malaria in Malawi.
Credit: Ron Haviv/VII/
Share

WASHINGTON — Here’s a fact-based snapshot of Malawi and its health challenges that the U.S. government has spotlighted in its initial work through the Global Health Initiative:

Major health concerns in the country:
1) Birth is very high-risk in Malawi, which has one of the highest maternal mortality rates in the world and many newborn deaths as well
2) The HIV prevalence rate is very high, and while it has stabilized overall, it is climbing among young people
3) Malaria is the leading cause of death

GHI's main goals: Improve survival rates and general health of mothers and children; decrease the number of unintended pregnancies; bring down the rate of new HIV infections in Malawi

GHI on the ground: Malawi’s health facilities can be far apart and unequipped to handle emergencies such as complicated births. Since women in Malawi often have trouble reaching specialized health care if they have problems during labor, GHI funding is intended to improve the staffing and training of labor and delivery wards as well as transportation systems linking more people to them.