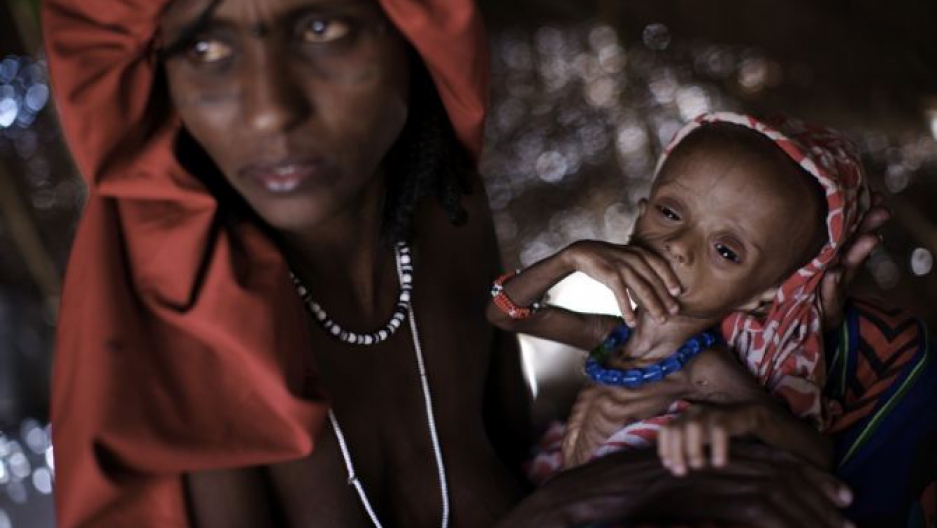 Momina Mohammed, 34, sits with her 8-month-old son, Ali Mohammed, who is suffering from severely acute malnutrition in a refugee camp in Suola, near the Eritrean border, Afar region, Ethiopia on Dec. 12, 2008.
Credit: John Stanmeyer/VII/
Share

WASHINGTON — Here’s a fact-based snapshot of Ethiopia, one of the eight countries that the U.S. government has spotlighted in its initial work through the Global Health Initiative.

Major health concerns in the country:
1) Infectious disease, including tuberculosis and diarrheal diseases
2) High rate of maternal and infant mortality
3) Two-thirds of the population is at risk for malaria, with 5 million cases per year

GHI's main goals: Streamline different types of health services and put the savings toward extending health care throughout the country; reduce the number of maternal and child deaths by about one-third by 2015 and tuberculosis deaths by half; send four times more fever cases for lab testing by 2014 in order to identify and treat malaria

GHI on the ground: With GHI funding, Ethiopia intends to hire more than 5,000 new midwives by 2015, as well as 9,000 “health information technicians” who will monitor health data. On-the-spot malaria testing kits will also be distributed to 13,000 health workers.