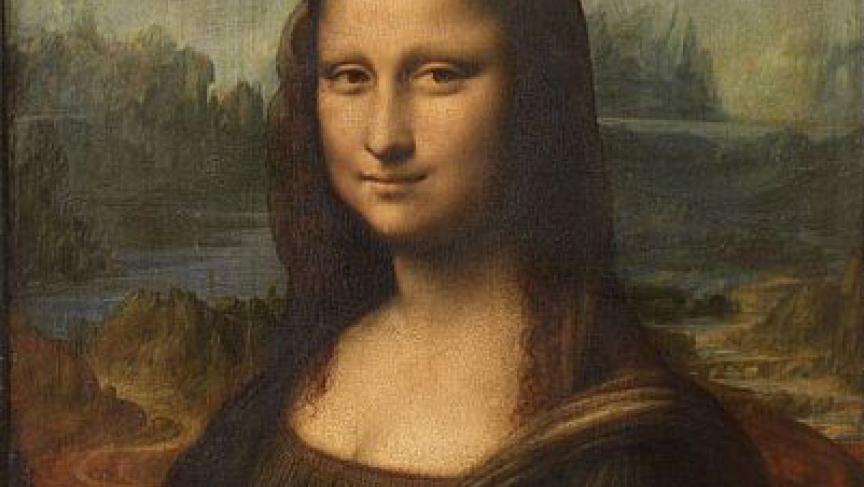 Share
By Megan Williams In Italy, researchers have started their hunt for the remains of the woman who may have been the face of the Mona Lisa. No one really knows for certain who the model for Leonardo da Vinci's iconic painting was. But centuries-old records suggest she was a Renaissance noblewoman and newly discovered documents indicate that the woman was buried in a convent in Florence, Italy. Inside a gutted courtyard in the heart of Florence, Paolo Bosco pushed what looked like a wide lawnmower over the rubble floor. It was a "ground-penetrating radar" machine. Attached to the handles was a laptop with fuzzy grey and black lines running across the screen. Bosco, who is a geologist, said they reveal something rectangular below soil that was moved at one point, perhaps centuries ago. "So in this part of the soil, it's possible there were tombs," he said. Five hundred years ago, this courtyard was part of the Sant'Orsola convent in Florence. According to recently discovered documents, this could be the spot where the Florentine noblewoman Lisa Gherardini was buried in 1542. She was known at the time as the Mona Lisa. Silvano Vinceti is a self-styled Italian art sleuth who said he was searching for the bones of Gherardini. If he and the other researchers find enough remains, Vinceti said they will try to reconstruct the skull and compare it with the face of the woman in Leonardo da Vinci's painting. "It will resolve once and for all if the painting is of Gherardini," Vinceti said. "It gives us important information on da Vinci's concept of how a portrait relates to its subject. Third, it could verify our theory that Gherardini was merely the original inspiration of the portrait, not the final subject. This would be a huge contribution." But a number of prominent art historians are not so convinced. Martin Kemp, a professor emeritus of art history at Oxford University, said "it's stunt masquerading as history and scientific examination." Kemp said Vinceti's work is founded on "dubious assumptions." Last year Vinceti and researchers dug up the remains of some bones found in Tuscany and declared they were the remains of the painter Caravaggio. Then earlier this year, Vinceti claimed to have discovered da Vinci's initials – L and V – painted in the eye of the Mona Lisa. Most experts, including Kemp, dismissed them as cracks in 500-year-old paint. "There are lots of people I call the "Leonardo Loonies" who have crazy theories about him." Kemp said. "Because the Mona Lisa is basically a bourgeois woman of unexceptional qualities, in terms of grand patterns of history, people want to come up with more mystery than there is." But Vinceti and his team insist the mystery of the Mona Lisa's identity is one worth trying to solve. They plan to dig up whatever they find with the geo-radar machine in a couple of weeks.