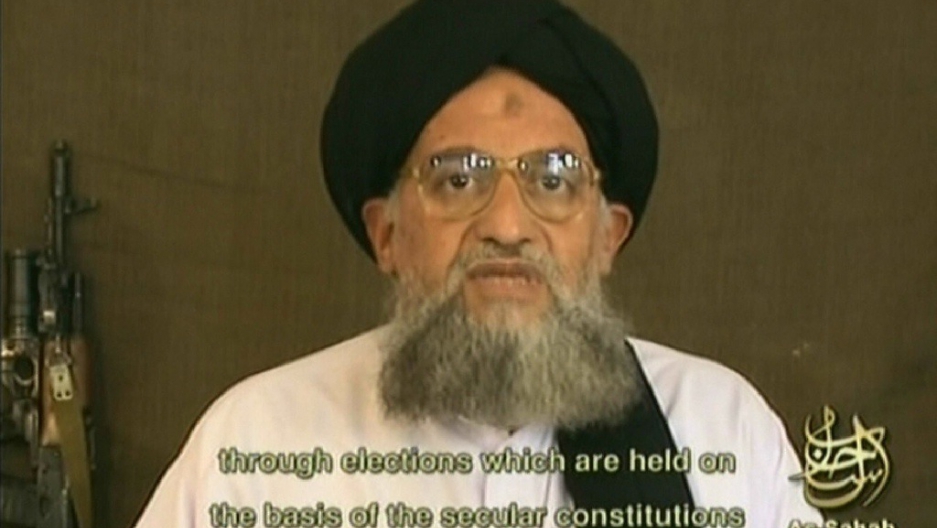 Now that Osama Bin Laden has officially been labeled as “deceased” on the FBI’s top-10 list of most wanted terrorists, attention is shifting to the former Al Qaeda leader’s most likely successor: a 59-year-old Egyptian surgeon named Ayman al-Zawahiri.

Sheikh al-Zawahiri, a.k.a. “The Doctor,” was a longtime spiritual mentor to Bin Laden. The two first met and bonded in the 1980’s as mujahideen, or Muslim holy warriors, fighting to repel the Soviet invasion in the mountains of Afghanistan.

The charismatic Bin Laden always had the financial resources needed to recruit a worldwide network of terrorists.

But Bin Laden’s more experienced right-hand man, Zawahiri, ultimately merged military strategy with Al Qaeda’s radical ideology to mastermind some of the group’s most deadly terror attacks around the world, including the 1998 U.S. Embassy attacks in Africa.

Check out Charles Sennott’s chilling profile of Zawahiri, an “arrogant and egotistical” terrorist leader bent on acquiring weapons of mass destruction to launch a “dirty bomb” attack on the United States.

In the decade since the attacks of Sept. 11, Zawahiri has released several jihadi videos calling on Muslims to continue in the “holy war” against the United States and its allies.

Most of the videos — including this 2002 clip where Zawahiri claims credit for 9/11 while seated beside Bin Laden — are recorded from undisclosed locations along the Afghanistan/Pakistan border.

But one of Zawahiri’s first video appearances — recorded in 1982 just outside the confines of a cramped jail cell in an Egyptian courtroom — may offer some insight into the man who will likely be crowned as the new leader of the world’s largest terror network.

Zawahiri, then a young leader in the nascent Egyptian Islamic Jihad group, was one of hundreds of Islamists rounded up and summarily tortured following the assassination of Egyptian President Anwar Sadat in 1981.

Islamic Jihad was composed of small network of cells opposed to secular rule in Egypt. They were inspired by several radical Islamic writers in the early 1960s, and driven further towards religious conservatism following Egypt's humiliating defeat to Israel in the 1967 war.

Sweeping crackdowns on Islamists by Sadat's predecessor, Gamal Abdel Nasser, only emboldened the groups to push harder for religious reform.

The mass arrests following Sadat's death, which included Zawahiri, were only the first of what would eventually become a pattern of crackdowns on Islamists by former President Hosni Mubarak, who was recently toppled following a mass public uprising and revolution.

In the 1982 video, hundreds of prisoners placed on trial for the death of Sadat are paraded before a group of local and foreign journalists from behind bars.

One prisoner announces Zawahiri as the spokesman of their group, who then defiantly screams in the direction of the cameras in his broken English.

“Now we want to speak to the whole world. Who are we? Why do they bring us here?” he shouts to the press corps. “We are Muslims who believe in their religion, both in ideology and practice, and we tried our best to establish an Islamic State and an Islamic society.”

Behind Zawahiri, the other prisoners chant religious slogans in unison.

Zawahiri shouts about the inhumane torture they have faced inside Mubarak’s prisons.

Zawahiri said prisoners were beaten, shocked with electricity, and subjected to dogs — and that several were killed.

After 3 years of torture in Egypt’s notorious Tora Prison, an imposing fortress-like penitentiary located on the banks of the Nile River just south of Cairo, Zawahiri’s ideology of hatred became more pronounced.

Many analysts have argued that the birth of Al Qaeda can be traced by to the humiliation of torture within Egypt’s prisons.

“Zawahiri emerged a hardened radical whose beliefs had been hardened into brilliant resolve,” according to Lawrence Wright, author of ‘The Looming Tower.”

From afar, Zawahiri plotted his revenge, hoping to topple the Egyptian government.

But by 1990, Islamic Jihad had mostly surrendered.

Many of the groups younger members were jailed, tortured, and eventually realized the futility of going against Mubarak’s vast security services.

Zawahiri, however, continued his fight.

Only then, Zawahiri had switched his main target from Egypt to the government he believed to be responsible for bolstering Arab dictatorships like Mubarak: the United States of America.