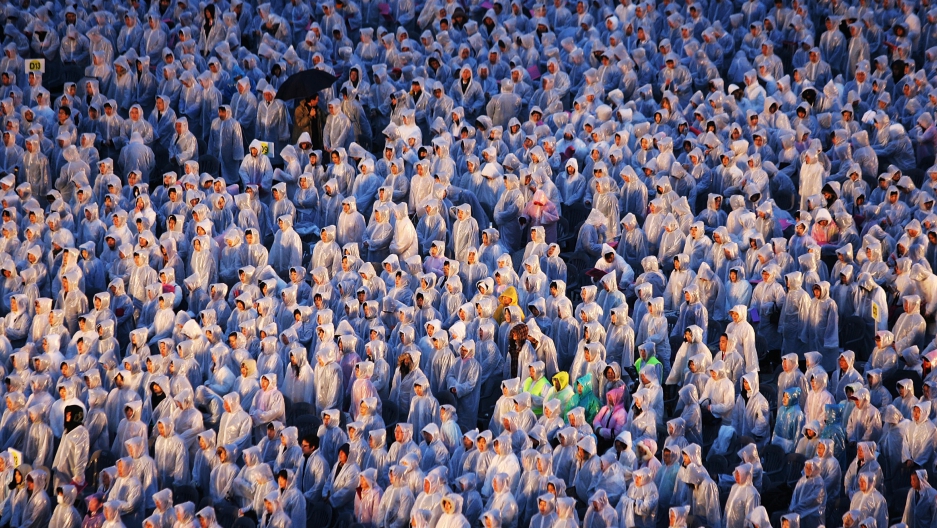 A man was found dead on a crucifix, a crown of thorns on his head in apparent emulation of Jesus Christ, in an abandoned stone quarry in South Korea, according to reports.

The 58-year-old taxi driver, identified by police as "Kim," had his hands and feet nailed to a wooden cross, a wound on the side of his torso, the Korea Herald reports. He was wearing only underwear.

Two smaller crosses were erected on each side of the cross he was nailed to, Chung Ji-chun, chief of the violent crime section at Gyeongbuk Provincial Police Agency said, the Associated Press reports.

Tools, a plan for the cross and instructions on how to hang himself on it were found in a tent nearby, where Kim had apparently been living in Mungyong, about 115 miles southeast of Seoul. A whip was also found, which appeared to have been used to lash his body.

Police are waiting for a forensic report to determine the exact time and cause of the man’s death and whether it was a homicide or suicide.

Kim was known to have fanatical religious views, the Korea Herald reported. Police noted that the death occurred around Easter and were investigating whether anyone had assisted him in killing himself.