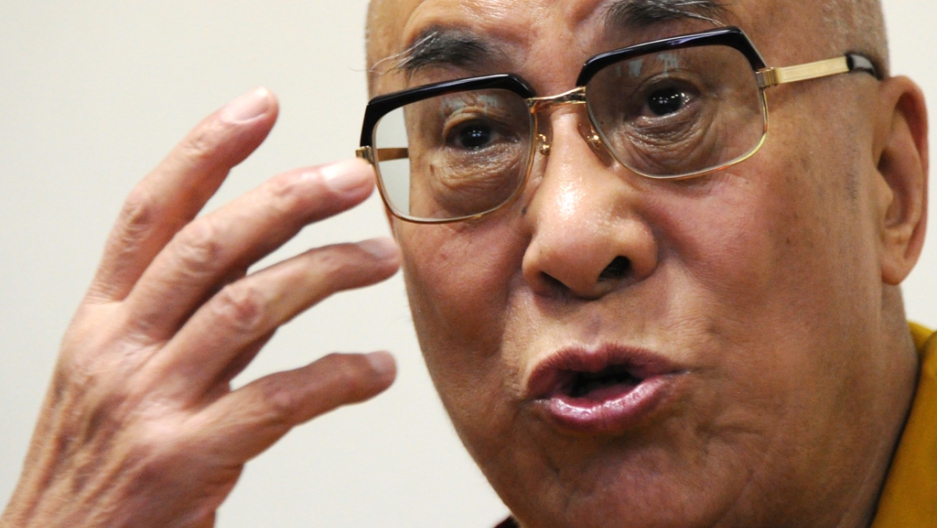 To be fair, it wasn't like His Holiness came out and said he wanted bin Laden dead.

But for the man who serves as the spiritual head of Tibetan Buddhists — you know, the ones with reverence for all living things — to even suggest that the killing of Osama bin Laden was justified is worth noting.

And according to the Los Angeles Times, at least, that's exactly what he did.

After speaking at the University of California to a crowd of thousands, the Dalai Lama was asked about the Sunday raid on Osama.

In his answer, the Dalai Lama said that as a human being the world's most wanted man may have deserved forgivenes.

One reading of this statement certainly suggests that the Dalai Lama was on board with the Sunday raid in which Al Qaeda's No. 1 was shot twice, once through the eye.

But, even if he did suggest as much, is that in conflict with Buddhism?

That's debatable. The basic tenets of Buddhism clearly state that you shouldn't kill any living thing. But there are also readings that say killing in self-defense is another story.

And then there are mosquitoes, against which the Dalai Lama uses his own time-tested policy: three strikes and you're out.