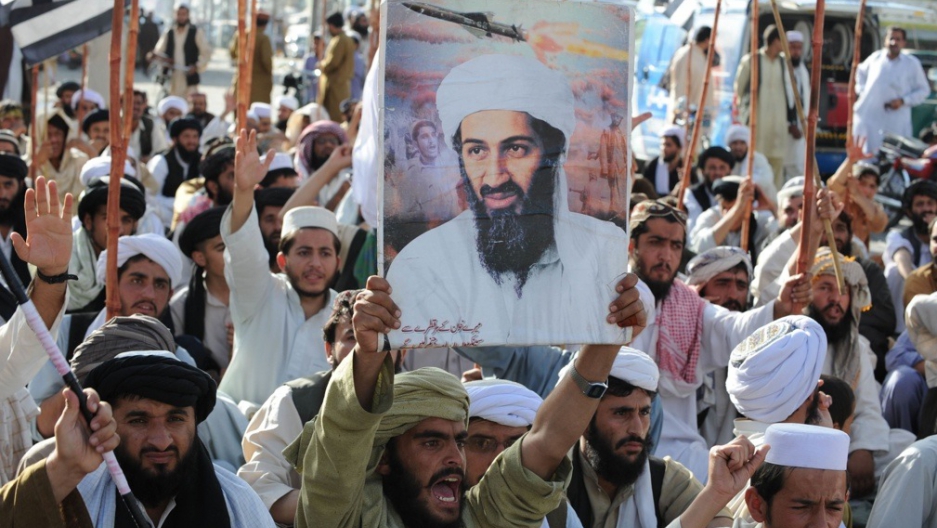 Supporters of the Taliban in Pakistan shout anti-U.S. slogans during a protest in Quetta on May 2, 2011 after the killing of Osama Bin Laden.
Credit: Banaras Khan
Share

ISLAMABAD, Pakistan — There is every reason to think that Pakistan’s government and intelligence services have been less than effective in the fight against Al Qaeda.

For one, Osama bin Laden, the most-wanted man in the world and Al Qaeda’s leader, was hiding out in a mansion a mere jaunt from the country’s capital, and around the corner from an esteemed Pakistani military academy.

Also, Pakistani military leaders have long rebuffed requests by the United States to open a front in North Waziristan to fight militants roaming freely there — militants that regularly cross the border into Afghanistan to conduct raids against NATO forces.

The United States itself has been fairly open about the fact that it thinks Pakistan’s intelligence agency, which is known as ISI, might actually be actively helping the militants.

But analysts here said that all of this is only what Pakistani officials want everyone to think. Pakistan’s government is so worried about being perceived as working alongside the United States, they say, that it is actively downplaying how much it is doing just that.

“Pakistan’s civilian and military leadership does not want to be the center of hatred, not only within Pakistan — where according to a recent survey by the Pew Research Center, only 3 percent of the country dislikes bin Laden — but also in the Arab world,” said Najam Sethi, a political analyst in Pakistan.

But many here said this strategy could, in the end, hurt the country by making it appear more culpable than it actually is.

They are calling on Pakistan’s leaders to be more forthcoming about their cooperation with the United States, especially in regard to Sunday’s raid that led to the death of the world’s most wanted man.

“If Pakistan or U.S. officials do not publicize the cooperation between the two sides in the operation against bin Laden, Pakistan will be in serious trouble on the diplomatic front,” Sethi said.

Pakistani officials have said publicly that the country’s role was limited to intelligence sharing and that its armed forces did not contribute to the ground operation. But senior government and military officials, as well as residents living near to where the raid took place, tell a different story.

Senior military officials confirmed that Pakistan army troops were providing backup support when the United States began its operations inside the compound. And residents in the area said that two hours before the operation was launched, Pakistani army personnel ordered them to switch off their lights inside and outside their homes and remain indoors until further orders.

“The army personnel cordoned off the entire area long before we heard the sounds of helicopters hovering over the area,” said Zulfikar Ahmed, who lives in the town of Bilal, where bin Laden’s compound is located.

A senior Pakistani intelligence official told GlobalPost that intelligence officers in Pakistan and the United States had, in fact, shared information about bin Laden’s presence a week before U.S. President Barack Obama approved the operation.

“Gen. David Petraeus had paid an extraordinary visit to Islamabad on April 25, and held a one-on-one meeting with Gen. Kayani [Pakistani army chief], in which they discussed the details of the operation,” the official said.

The next day, Pakistan’s top military body — the Joint Chiefs of Staff Committee — held its quarterly session, which was attended by Lt. Gen. Ahmed Shuja Pasha, the country's intelligence chief, who is not a regular member of the body. Pasha also recently visited the United States to meet with head of the Central Intelligence Agency, Leon Panetta.

“It’s a no-fly zone. And it is impossible for U.S. helicopters to fly over there without our knowledge and permission,” the intelligence official said.

The United States, for its part, has recognized Pakistan’s involvement. In Obama's speech on Sunday, the president acknowledged Pakistan’s help in tracking down and ultimately killing bin Laden.

Observers here said they worry that if the close cooperation between the two countries is not publicized, then Pakistan will appear culpable in terrorist activities.

“This all will be cleared within next few days. If the United States remains positive and continues to recognize Pakistan’s behind the curtain role, it will be a great success for the country. Otherwise bad days are awaiting us,” said Salim Safi, a Peshawar-based security analyst.

Safi, an expert on Afghan affairs, said it seemed clear that there also had been a significant amount of cooperation between the two sides — a reality that should be made public, even if Pakistani officials think it might hurt them politically in the short-term.

“The Pakistani government and the military establishment must not hide the facts from their own people,” he said. “They must come forward with the truth.”