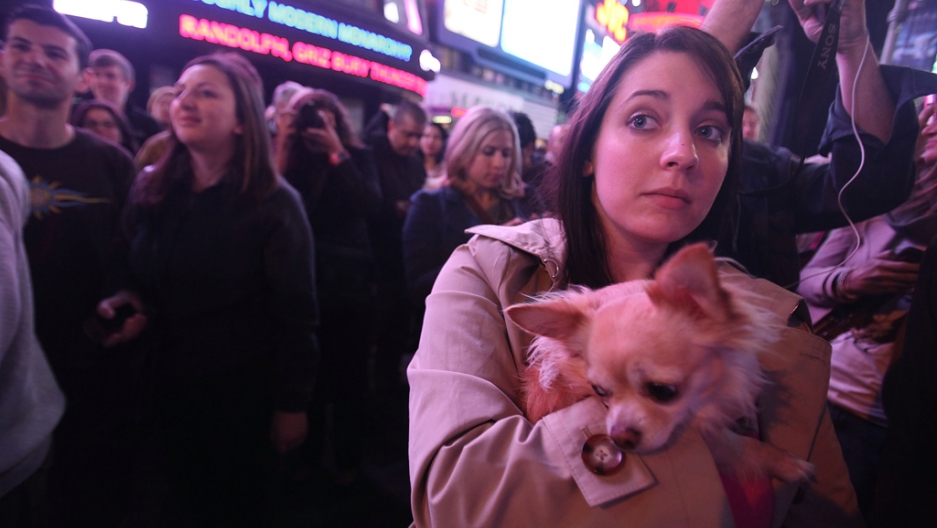 NEW YORK – Perhaps, as Michael Corleone said, “revenge is a dish best served cold.” But the emotions Osama bin Laden’s death evoked in the city most scarred by his life on Monday seemed white hot.

“Everyone down here knew someone who died that day — my cousin’s wife in my case. Whatever Muslims do with their bodies, we should do exactly the opposite for that scumbag.”

Jim Baldwin, an attorney from Connecticut in the city on business, said: “It’s amazing how something like this can be so emotional, so far after the fact. I’m feeling absolutely great about this, and I can’t even put my finger on why. I guess it was just unfinished business.”

The U.S. military, which launched a “targeted mission,” involving Navy SEALs and CIA operatives, on Sunday in the northern Pakistani city of Abbottabad, was at pains to insist bin Laden’s burial at sea was conducted in accordance with Muslim custom.

Yet, from presidents to pedi-cab drivers, the death of Public Enemy No. 1 brought the kind of joy rarely associated with a killing.

New York Giants football coach Tom Coughlin, whose son was a Morgan Stanley trader and survived the attack on the 60th Floor of the south tower, said the outpouring of joy nationwide gave him “goosebumps.”

There were many moving reactions — but perhaps none so poignant as that of Howard Lutnick, CEO of Canter Fitzgerald, the bond trading firm whose offices occupied floors 101 to 105 of the north tower.

“You know, you've been waiting for this for a long time,” he told CBS News. “I mean the guy got away for 10 years with killing my brother and 658 of the people who worked with me. And I know their families really well. And it was time. And I'm glad we got him.”

But the death of bin Laden — like the capture in late 2003 of Saddam Hussein in Iraq — hardly marks an end to the wars that grew out of that fateful autumn day nearly 10 years ago.

What’s more, the “franchise” groups inspired by bin Laden’s spectacular success in 2001 have proven far more difficult to contain than Al Qaeda itself, destabilizing governments from Pakistan to Algeria.

At Ground Zero, the gaping hole where the World Trade Center towers once stood is now a busy construction site. That didn’t stop New Yorkers and the city’s never-ending legion of tourists from stopping by, drawing international media and the usual professional 9/11 gadflies — protesters who insist the attacks were the work of everyone from Israel and the CIA to Saddam.

“Who benefited most from all this?” one man’s sign asked. “IRAN — the real 9/11 criminal” came the answer on the flip side.

But New Yorkers and the 3.5 million people who commute in and out of this city every day have developed a thick skin after years of anniversaries, heightened security, anti-terrorist drills and painful, sometimes ugly, political debates.

“He didn’t change us,” said Tamira Jefferson, who was passing out fliers for a nail salon on Wall Street Monday afternoon. “We’re still the best, we’re still in his face, and we popped a cap in his ass at last.”

She ended with an unsolicited rendition of Jay-Z’s, “Empire State of Mind”:

New York, concrete jungle where dreams are made of
There's nothin' you can't do
Now you're in New York
These streets will make you feel brand new
Big lights will inspire you
Let's hear it for New York, New York, New York.