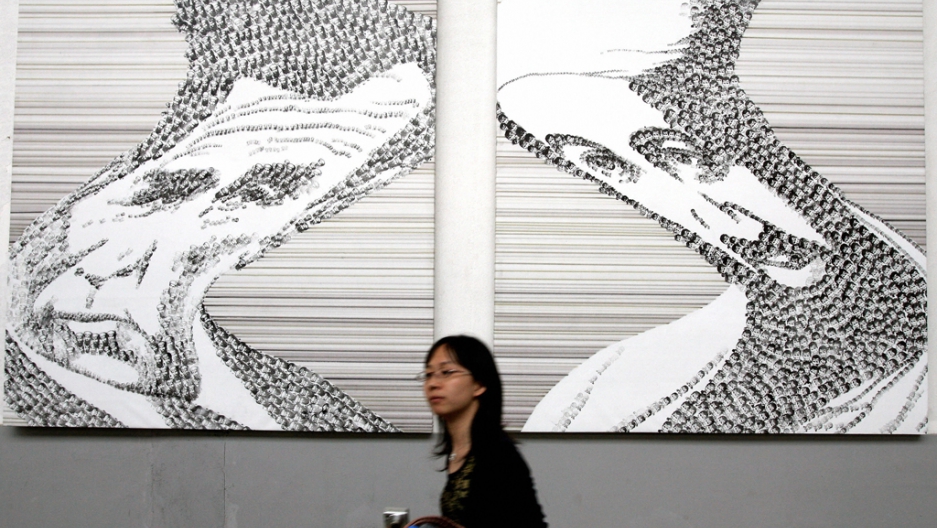 A Chinese visitor walks past an artwork of U.S. President George W. Bush and Osama bin Laden, the now-deceased leader of Al Qaeda, in Beijing on May 6, 2007.
Credit: Teh Eng Koon
Share

BEIJING, China — Official China had no comment on Monday to news of Osama bin Laden's death, though state-run media covered his killing extensively, and mostly in a straightforward manner.

The Ministry of Foreign affairs, most likely to comment on the situation, will hold a regular news briefing tomorrow, which officials are back at work after China's Labor Day holiday today.

Unofficially, China’s ever-vocal netizens buzzed about bin Laden's death, gravitating between praise for the United States for hunting down its most-wanted terrorist and sympathy for a man who dared take on the world superpower.

In comments that mirrored typical Chinese sentiment about the Sept. 11 terrorist attacks on America, Chinese citizens on popular web platforms ranged from one extreme to the other.

“The great anti-America fighter Bin Laden was murdered by the US! How sad!” wrote one commenter on Sina’s popular Weibo micro-blogging site.

Others were more sympathetic to the American cause, with one saying, “Bin Laden was finally killed by American army. May all people who died in the 9/11 attack rest in peace.

But a commenter named Ti Ten seemed to best capture the attitude of the vast majority of Chinese, who don’t see America’s war on terror and hunt for bin Laden as having anything to do with them.

“This seems doesn’t have one mao [metaphorically a cent] of relation to us,” the poster wrote.

Officially, the situation is of course far more complex. U.S. President Barack Obama launched the attack on bin Laden in Pakistan the very day that China began its latest round of strategic talks with that nation.