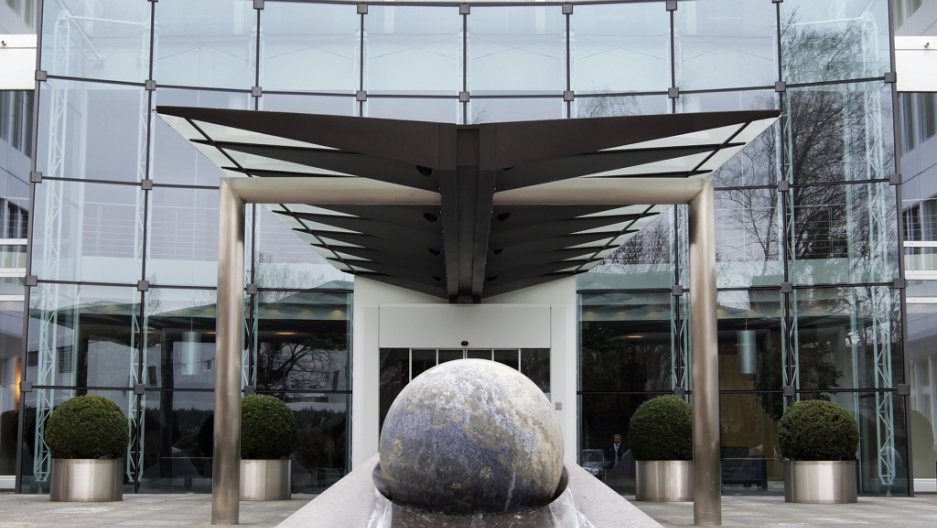 Boston — If it were listed on the U.S. stock exchange, Glencore would be valued among the top 50, alongside names like Visa, 3M and Home Depot. With $145 billion in 2010 revenues, Glencore would have ranked sixth on the Fortune 500 list, ahead of AT&T, Ford and ConocoPhilips.

But Glencore isn’t a public company. It’s a private business, based in picturesque Baar, Switzerland, a discreet village in the northern lap of the Alps, in a district known for its low taxes. The firm’s 500-odd owners are reputed to be brilliant. They work extraordinarily hard, and are well rewarded for their efforts, earning multi-million dollar bonuses that would make Wall Street traders blush.

More importantly, the company they have built since 1974 is valued at $60 billion. That means the average partner’s stake is worth $120 million.

Glencore is the world’s biggest commodities trader, according to Reuters. There’s a decent chance you’ve recently bought something, perhaps many things, that have crossed its trading desks.

It buys and sells much of the wheat, corn, rice, sugar and edible oils that end up on the world’s dinner tables. Its subsidiaries farm an area of 1,042 square miles, the size of Rhode Island, across Russia, Kazakhstan, Ukraine and Paraguay. It owns numerous mines around the world, and sells aluminum, copper, zinc and lead to major manufacturers. It also trades fuels, such as coal. Although it drills no oil of its own, it “handles the supply” of 3 percent of the world’s daily oil consumption, according to the company’s website.

Despite this critical role in the global supply chain, until recently the company remained secretive, largely eluding public scrutiny. Because it was privately held, it was under no obligation to disclose financial information. Although well known in industrial circles, it conducted its affairs quietly — this was a competitive advantage, considering the countries in which it operates.

Now, in an effort to become an even bigger global player, Glencore is looking to raise as much as $12.1 billion by selling shares to the public. In late May 2011, it will launch an initial public offering of up to 20 percent of its stock, in London and Hong Kong.

Listing on a stock exchange means that, for the first time, Glencore’s global operations are being scrutinized by investors, regulators and journalists. Its finances are being reported publicly. And its executives are conducting interviews with the European media. (To comply with U.S. securities restrictions on overseas listings, for the moment it is not speaking with U.S.-based media; as such, it declined an interview request from GlobalPost).

So far, the coming out party has been intriguing, gaffe-prone, and eye-opening. It’s been the kind of unveiling that raises questions about how a company of this sort could hold sway over the most essential products in global commerce.

Given that Glencore’s stock sale stands to be among London’s biggest ever, the European press has covered it aggressively. Articles on Glencore’s colorful corporate culture have verged on breathless. For example, a Reuters feature on the firm’s legendary commodities traders gushed, “They’re a special breed, likened to robots or followers of a religious sect, such is their unflinching dedication.”

The article compared them to androids and Moonies, operating in a high-stress, high-reward environment where “blunders are not tolerated.” They “live almost permanently out of suitcases as they move between the group's more than 50 offices in 40 countries.” Yet Glencore’s traders feel such a deep allegiance to the firm’s charismatic but “down-to-earth” chief executive, Ivan Glasenberg, that they often join him for his daily run, sources told Reuters.

Glasenberg, a 54-year-old billionaire, started as a coal trader more than 25 years ago. He is also a champion speed walker, who missed competing in the Olympics due to a citizenship technicality.

Glasenberg is by no means the only high-testosterone ambulatory executive at the firm.

The company’s new chairman, Simon Murray is the oldest man to have walked, unsupported, to the South Pole. At 63, he completed the 750 mile trip in 58 days. A few years earlier, he ran the grueling Marathon des Sables, a 242-mile jaunt through the Moroccan desert. As a young adult in the 1960s, he grew bored with school so he enlisted with the French Foreign Legion and fought in Algeria.

In contrast to Glencore’s reputation, Murray is apparently not prone to self-censorship. Recently, just after his chairmanship was announced, he proved his bluntness in an interview with the Sunday Telegraph. He bashed political refugees: “We give them asylum and then it turns out to be fraudulent, and then they go to jail and then if they have been here for more than eight years we can’t do anything about them so we keep them.” On the subject of bankers — with which Glencore is currently conducting a fortune’s worth of business — he said “I’m very, very unimpressed” but “They’ve got me by the balls. They’ve got everyone by the balls.”

Murray’s wife, Jennifer Murray, was the first woman to fly around the world in a helicopter. Nonetheless, in the Telegraph interview he reserved his most quotable observations for the shortcomings of his female colleagues: “Women in the boardroom? Terrific,” he said. “Why not? Always welcome. But why make a special case out of it? Why tell everybody you’ve got to have X number of women in the boardroom? Women are quite as intelligent as men. They have a tendency not to be so involved quite often and they’re not so ambitious in business as men because they’ve better things to do. Quite often they like bringing up their children and all sorts of other things.”

He continued: “All these things have unintended consequences. Pregnant ladies have nine months off. Do you think that means that when I rush out, what I’m absolutely desperate to have is young women who are about to get married in my company, and that I really need them on board because I know they’re going to get pregnant and they’re going to go off for nine months?” He later apologized for the remarks.

Glencore is hardly new to controversy. It was founded in 1974 by Marc Rich, the billionaire tax fugitive indicted in the U.S. for trading with Iran in violation of sanctions. Rich was famously pardoned by Bill Clinton in his final hours as president, sparking a firestorm of criticism. In 1994, the firm bought out Rich’s 51 percent stake. Glencore was originally called Marc Rich and Company, but a history on the company website never mentions his name, and a search yields no matches.

Although Rich launched the firm as a commodities trading house, it has seized competitive advantage by honing its expertise in logistics, freight and information, according to documents acquired by GlobalPost. It intensively mines data on commodities around the world, to profit from market inefficiencies — buying in regions where prices are low and selling where they are high. Over the years, it has grown rapidly by purchasing its suppliers, sometimes capitalizing on their financial difficulties, and sometimes operating in countries that others avoid, such as Zambia and the Democratic Republic of the Congo.

In terms of wealth and market muscle, Glencore overshadows its rival Cargill, America’s biggest private company, with revenues estimated at $110 billion in 2010. Still, Glencore’s stock offering is all about catapulting its growth to a new level.

In June, the G-20 group of nations will be discussing the effects of speculation on food prices. As global commodities prices continue to climb, the increased transparency of a market behemoth like Glencore will be welcome. Already, its disclosures are raising concerns.

According to a report in the Financial Times, investor documents show that in 2010, Glencore — the largest trader in Russian wheat — speculated that wheat prices would rise due to a drought in that country. Soon afterwards, the head of Glencore’s Russian grain unit reportedly took steps that could have helped the firm profit from this bet, by “encouraging Moscow to ban wheat exports.” Two days later, on Aug. 5, Moscow imposed the ban, sending global wheat prices up by 15 percent.

It’s not clear how big the firm’s bet was. The incident may have resulted in a handsome gain. Glencore told the Financial Times that the Russian export ban had a mixed impact on its profits, yet the agriculture division’s earnings more than doubled for the year, the FT reported.