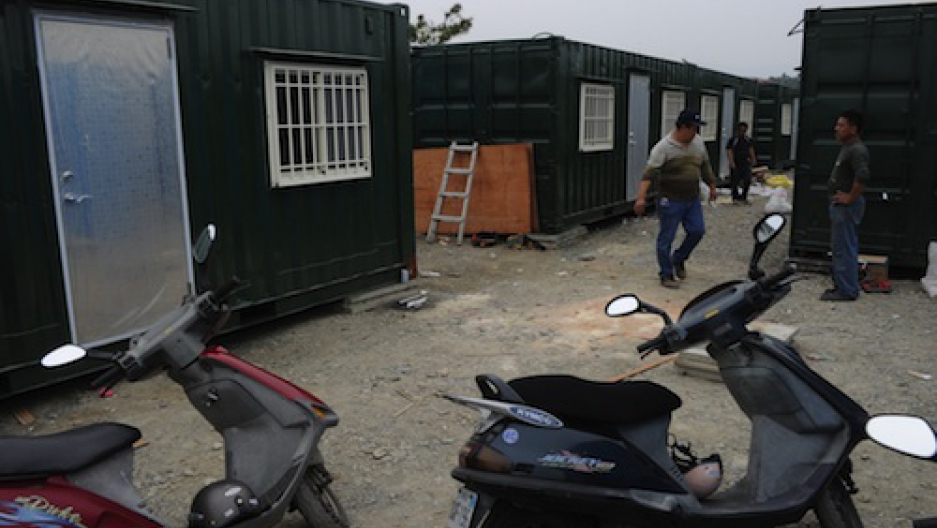 Workers modify freight containers being converted into shelters for alleged cult members in Taiwan. Dozens of Taiwanese have reportedly rushed to prepare makeshift shelters in central Taiwan after the man, known only as 'Teacher Wang', alleged that a huge earthquake and tsunami would destroy the island next month.
Credit: SAM YEH
Share

A self-proclaimed soothsayer in Taiwan has divined the future. And it's not good.

Thirty-seven seconds after 10:42 a.m., on May 11, a "super earthquake" will strike Taiwan. A terrifying tsunami will follow, pounding the island with waves towering 550 feet in the air. Millions will die.

Never mind the fact that waves measuring nearly half the height of the Empire State Building are probably impossible to generate. (Can any geologists back me up on that?) The soothsayer, known as "Teacher Wang," has inspired believers to build a little survival camp made of cargo containers.

From there, they will weather the apocalypse, reports the Taipei Times.

But apparently the pronouncements are also illegal: forecasting the weather without government permission can bring fines of more than $30,000. Officials have warned Wang to stop but, for now, they won't fine him.

Wang has issued his pronouncements on -- where else? -- his blog. He claims his divinations are interpretations of the I Ching, a revered 4th-century B.C. "book of changes" believed to offer glimpses of the future.