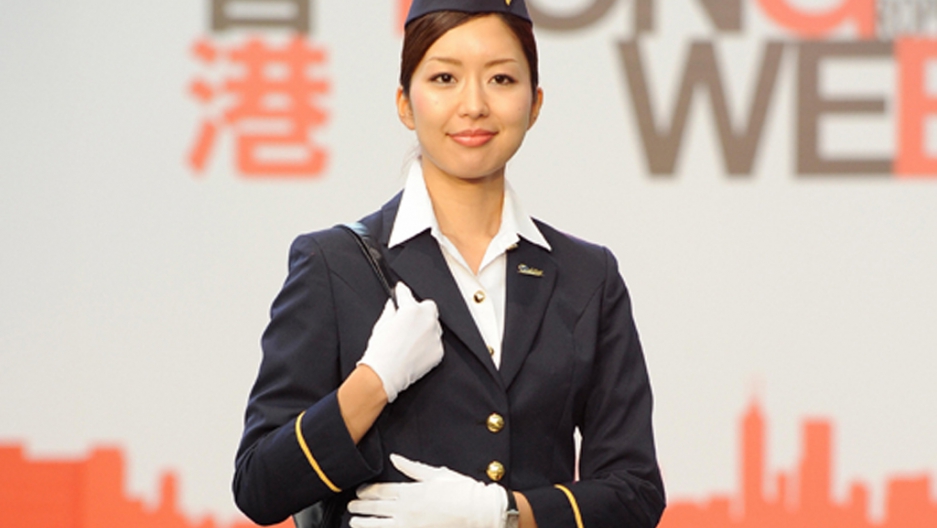 The flight attendants on a Hong Kong Airlines flight might look nice, but don't be fooled.

She can take you down with a center punch back fist.

Hong Kong Airlines has made it mandatory for the cabin crew to train in wing chun — a kind of kung fu — in order to deal with drunk and unruly passengers, which apparently happens at least three times a week, according to Reuters.

Wing chun is a close-range form of combat and involves a lot of striking and grappling, according to wing chun instructor Katherine Cheung, who told the South China Morning Post that the martial art was ideal for airline crews.

"Wing chun can be used in small, confined spaces so it's suited for an airplane," Cheung said. "It's easy to learn but difficult to master."

Earlier this month, a flight attendant reportedly had the pleasure of putting her training to the test, wrangling a drunkard on a flight from Beijing to Hong Kong.

Airline spokesperson Eva Chan said that the close-combat martial art is particularly helpful for slight stewardesses looking to get an edge on heftier passengers.

"Normally, female cabin crew can't handle a fat guy, especially if he's drunk," Chan said. "But because of the training, she can handle it quite easily."

The Guardian is kind enough to show us pictures of some moves. But really we just want to see Bruce Lee lay the smack down: