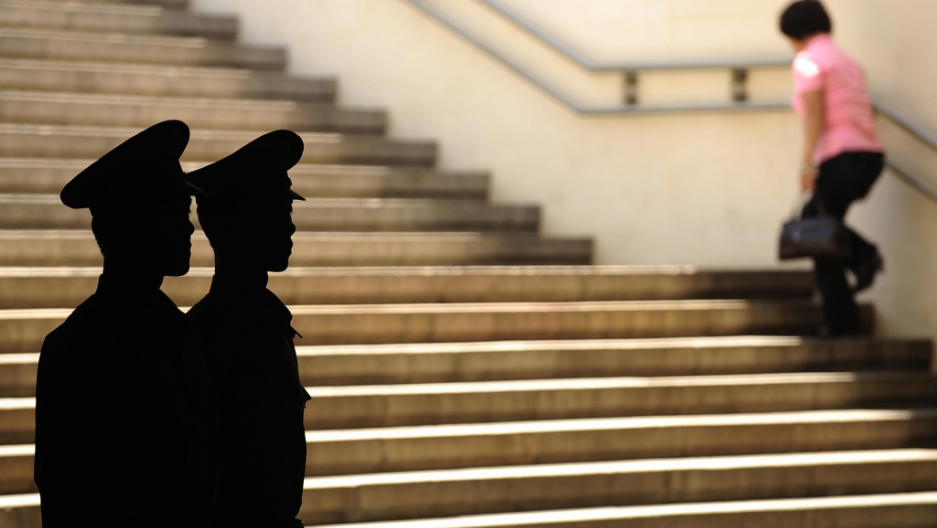 BEIJING, China — Amid China’s ongoing crackdown on dissent, the United States and China wrapped up talks on human rights Thursday, with the lead American representative saying there’s no doubt China’s tolerance for critical voices has worsened.

China insists that outside prodding on its human rights amounts to interference in its internal affairs. What remains unknown is how international pressure, especially that newly re-emergent from the United States, will influence an ever-more powerful China in months and years to come.

Speaking at a press conference at the end of the two-day talks, Michael Posner, assistant U.S. secretary of state for democracy, human rights and labor, said the Obama administration will continue to press China to allow dissenting voices and demand information and fairness on specific cases. Posner said there’s been a “serious backsliding” by China on human rights in recent months.

“Here and elsewhere, we believe strongly that change occurs from within a society,” Posner said. “So discussions about human rights are not about us, but about how Chinese citizens determine their own political future. Societies need to give their own people an opportunity to voice and pursue their aspirations.”

Since February, dozens of China’s activists, writers and human-rights lawyers have been detained or simply gone missing, presumed in the custody of authorities and often in seeming defiance of China’s own laws. The climate has worsened leading up to next year’s changeover in top leadership, and since calls emerged online in February for a Jasmine Revolution.

While several lawyers were released last week, the Chinese government has refused to comment on many other cases, including the highest-profile disappearance: that of internationally known modern artist Ai Weiwei, who was taken at customs at the Beijing airport on April 3. Officially, the government has said Ai — a frequent critic of the regime — is under investigation for “economic crimes,” but his family has not been notified and he’s had no access to lawyers.

Posner said he pointed out to China’s representatives that Ai’s disappearance has galvanized the global art community, and the United States is concerned that Beijing is silencing a peaceful critic. But Posner, who was reluctant to give many details of how China reacted, said regarding Ai, he “certainly did not get an answer that satisfied. There was no sense of comfort from the response or lack of response.”

The Obama administration itself has come under harsh criticism for its stance on human rights in China. The change began when Secretary of State Hillary Clinton announced shortly after taking the office that human rights would no longer be part of the total package of discussions with China, but would be carved off into a separate dialogue. At that time, activists and others feared the move would embolden China in silencing critical voices, marginalizing the discussion.

In a critique published Wednesday by the Daily Beast, Joshua Kurlantzick, a fellow at the Council on Foreign Relations, wrote that Obama’s soft hand on China for the first part of his term did help strengthen China’s position. Obama was silent at his only press conference in Beijing, stunning the international press corps by not allowing any questions, and he became the first U.S. president in 20 years to refuse to meet with the Dalai Lama, Tibet’s exiled spiritual leader, when the monk visited Washington in 2009.

Kurlantzick said that while Obama now appears to understand that tough talk on China’s human rights is necessary, serious damage has been done.

“Beijing has learned that if it tries to bully the U.S., Washington is likely to give in,” wrote Kurlantzick. “Getting the Chinese government to unlearn that lesson won't be easy.”

Posner said criticism of the administration’s approach is unwarranted and that human rights are part of the greater discussion with China. He said the issue will come up again next month at the U.S.-China Strategic and Economic Dialogue in Washington, and the president is committed to talking about it.

“This is an opportunity more than those occasions for us to have an in-depth discussion,” he said. However, “this does not constitute our human rights policy.”