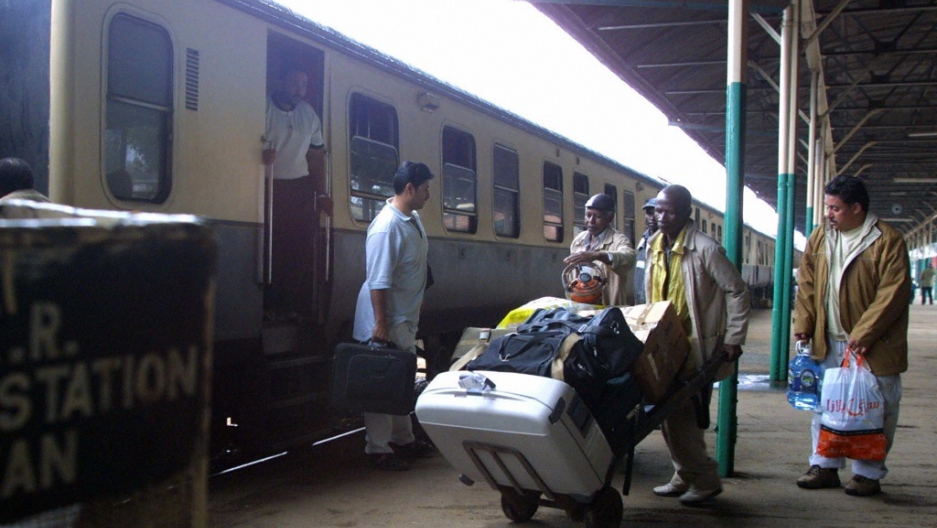 A porter at the Nairobi Railway station ferries baggage for passengers arriving from Mombasa. Private equity firms have invested in a railway line between Kenya and Uganda.
Credit: Tony Karumba
Share

NAIROBI, Kenya — Investors are starting to realize there are business opportunities in Africa.

Last year, Barron’s magazine published The Final Frontier, a cover story about investment in the continent. Consulting firm McKinsey published a report looking at African growth opportunities by sector. Boston Consulting Group published a report identifying the top 40 companies in Africa, all with over $350 million in annual sales.

Most of this analysis focused on four countries — South Africa, Egypt, Morocco, and Nigeria — with little mention of East Africa. Yet here in Nairobi, a vibrant investment community is growing, largely under the radar.

There are now 26 private equity firms active in East Africa, according to Deloitte’s East Africa Private Equity Confidence survey, conducted for the first time in October 2010. Ninety-two percent of respondents expected an increase in overall investment activity in East Africa, as well as a more stable regional investment climate.

Activity in private equity is one of the best ways to gauge investment interest in the region, as there are relatively few publicly traded companies. The Nairobi Stock Exchange is the fourth-largest exchange in Africa; however, it only comprises 55 companies, and its daily trading volume is roughly $5 million. By contrast, the New York Stock Exchange has more than 3,000 listed companies and its daily trading volume is more than $3.5 billion.

Private equity investors are optimistic about the potential for regional economic growth spurred by the East African Community, a regional organization that has formed a common market of 133 million people, with a combined GDP of $74.5 billion. The harmonization of trade rules is still in progress, but firms like the retail chain Nakumatt have already expanded from Kenya to Uganda and Rwanda.

Private equity executives like Kavuma are searching for companies that have a regional presence or regional expansion plans, and infrastructure investments that have implications for regional trade.

Global firms tend to have larger pools of capital. Washington-based Emerging Capital Partners, for instance, has raised more than $1.8 billion for investment in Africa. Its three investment funds each raised more than $400 million, and look for deals between $10 million and $50 million. London-based Actis reports that it has more than $1 billion of funds under management in Africa. However, only 7 percent of firms active in East Africa manage funds above $200 million.

The global firms tend to focus on infrastructure investment because they have more capital to invest. In contrast, African investment “is generally on a smaller scale and has a stronger focus on services and manufacturing,” notes the African Economic Outlook, a joint project of the OECD and the African Development Bank.

In fact, the majority of deals in East Africa will be non-infrastructure investments in small and medium enterprises. The Deloitte survey projects that 53 percent of investments will remain below $6 million. This deal size means that most investments will be in family businesses that may need to impose governance structures that separate owners from managers. Such investments can be risky and often have high transaction costs. There are relatively few completed deals to date, as most firms have been focused on fundraising.

Due to the challenges of investing in the region, both East African firms and global firms receive much of their financing through so-called “soft capital” offered by development finance institutions like the International Finance Corporation (IFC) and the United Kingdom’s Commonwealth Development Corporation (CDC). Emerging Capital Partners’ Africa Fund III closed at $613 million in 2010, with $450 million provided by development finance institutions. East Africa Capital Partners received $50 million of its $100 million ICT fund from the Overseas Private Investment Corporation (OPIC).

Development bankers say that funding private equity firms is an efficient way for them to spur commercial investors to enter the African market. Development finance institutions “have led the charge in frontier economy investment for decades by sticking to three core investment principles: making investments most investors wouldn’t and adding to the pool of available finance, known as additionality; making viable investments with profit potential; and paving the way for others to follow,” writes Angela Hansen in "Africa Investor." She suggests that given the increase in commercial interest in Africa, particularly in infrastructure and agriculture, development finance institutions need to choose their investments carefully to avoid competing with the private sector.

Some are beginning to invest in funds that target smaller, riskier deals. Norfund, the Norwegian Investment Fund for Development Countries, Proparco, the French government’s development bank, Finnfund, and the IFC recently invested in the Fanisi Venture Capital Fund, a $50 million fund focusing on small and medium enterprises in East Africa. The fund aims to make investments of $500,000 to $3 million. According to its website, it has only made one investment to date.

Meanwhile, one local investment firm, Transcentury, is seeking to expand its funding pool through a public offering on the Nairobi stock exchange. Transcentury was founded in 1994 by a group of 29 Kenyan investors, and now has over $100 million under management. It focuses on investments in the energy and infrastructure sectors, and has taken a 20 percent stake in Rift Valley Railways, a railway line that runs from Kenya to Uganda. Its formation preceded the rise of private equity in East Africa, and it is not funded by any development finance institutions. If its public offering goes through as planned, it will be a strong sign of East African investor confidence in the region’s prospects for economic growth.