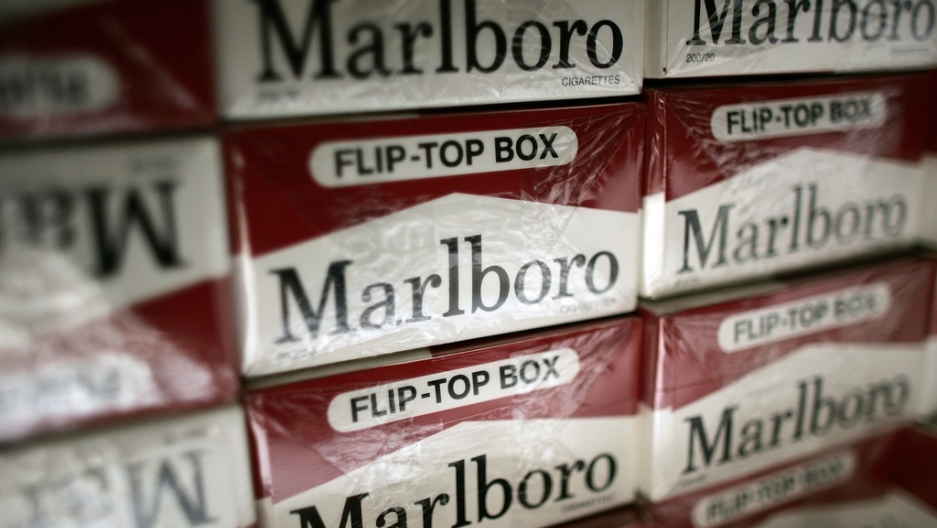 Marlboro-maker Philip Morris and other top cigarette makers have paid more than $6 billion to US states under a 25-year settlement agreement.
Credit: Carsten Koall
Share

AKWESASNE, U.S.-Canada Border — It's a nightly game of cat and mouse.

Under darkness the smugglers head across the St. Lawrence River on snowmobiles. As the weather warms up, they’ll be out in their speedboats, darting in and out of the river’s islands in their bid to outwit patrol agents from both sides of the U.S.-Canadian border.

Ever since the days of prohibition, organized crime has used the Mohawk reservation of Akwesasne as a conduit for illicit cargo. Back then, it was alcohol. Today, according to a spokesman for U.S. Border Patrol, it’s highly lucrative cigarettes, marijuana, cocaine, methamphetamines, pharmaceuticals, firearms and illegal immigrants.

Until now, the U.S. has focused most of its security efforts on its border with Mexico. But its porous northern frontier is set to come under greater scrutiny following recent warnings of terrorist threats from the U.S. Government Accountability Office.

The reservation is split three ways among New York state and the Canadian provinces of Ontario and Quebec. Crime syndicates such as the Russian and Italian mobs have long taken advantage of the resulting jurisdictional jumble, running rings around the territory’s two native police forces as well as a host of government agencies from both sides of the border.

To move goods across the border, the organized crime groups often hire local runners. The sovereign Mohawk territory, with its traditional hostility toward outside authority is a fertile recruitment ground. A roadside sign on one of the reservation’s main drags proclaims U.S. Border Patrol, New York State Police, the FBI and others to be “terrorists.”

With jobs thin on the ground, locals are easily lured by the promise of fast money.

Hannah Lazare, who works at a local employment center, knows the temptations of smuggling only too well, having dabbled herself as a youngster. Young smugglers can earn $200 a pop dropping off crates of cigarettes on the other side of the border, she said.

“Once they’ve hit 19 and been busted or have criminal records, they … do try to change. But when they can’t find a job, they go back.” She estimates that more than half of the reservation is involved in the racket “in some way, shape or form.”

The fast money has brought other headaches. As one local construction worker put it, a lot of kids on the reservation are “on the oxy,” referring to OxyContin, a highly addictive painkiller that is being smuggled across the border in increasing quantities.

At $1 per milligram on the black market — tablets tend to come in doses of 40 or 80 milligrams, with severe addicts reportedly taking up to 10 tablets a day — it’s an expensive habit. “We’re seeing a rise in petty crime. People who need to support their habit steal and hold up businesses,” said Chief Andrew Thomas of the Tribal Police.

A stone’s throw from the unmarked border between New York State and Quebec, a young mother plays basketball with local kids. In a world of limited opportunity, smuggling was an attractive career option at school, she remembers.

There are plenty of local success stories to which to aspire. Her aunt and uncle went from a “little rinky-dink trailer to a three-story house” by charging landing fees to people smuggling cigarettes through their riverside garden. But, she’s sick of the scene, tired of the damage it is causing her community. She lost her cousin to smuggling. He was robbed and killed while waiting to drop off some money.

In this line of work, there’s no shortage of occupational hazards, not least snowmobile and speedboat accidents. Every year, the river claims a handful of lives.

Amid the jingle jangle of flashing slot machines, a woman working at the gift shop in the local casino recounts how someone in her “immediate circle” perished beneath the ice. Driving at high speed in the dark, with headlights turned off, it’s easy to lose your way out on the river. “There are areas out there where there’s only a thin crust of ice. You gotta know where they are,” she said.

As Lazare points out, compared to the big money organized crime will go on to make with their cargo, local smugglers earn peanuts for putting their lives on the line. She is hopeful that things will get better.

“I think we’re improving. Our community is more educated now, more knowledgeable about the issues,” she said. “I hope that in 20 years time, only 10 percent will be in smuggling, while the rest will be working or in school.”