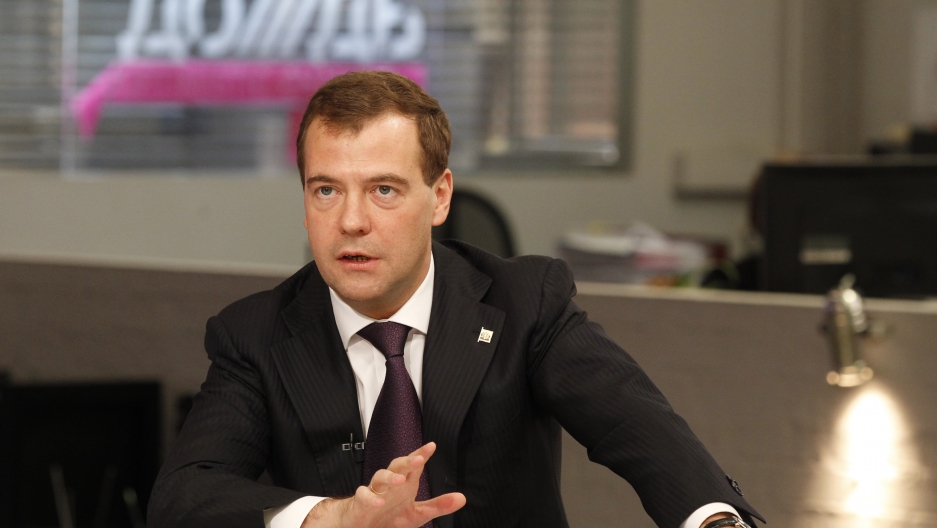 Yesterday, President Medvedev stopped by the studios of TV Rain (Dozhd), a new liberal online television station, which I wrote about here. Around the time I’d worked on that story, a couple of sources told me that the station’s founding was supported by the liberal elements that surround Medvedev. I guess now we have our proof.

Medvedev toured the channel’s studio, a super-hip loft-like space located in the Red October Chocolate Factory, the heart of Moscow hipsterdom. The biggest news to come out of his interview, which you can watch in full (and in Russian) here, was his speculation on what he would do after leaving the presidency.

“It's not the easiest thing – to find oneself in another life after such a position,” Medvedev said. “I don't know what I will do, I'll tell you honestly. I'm certain I will find work, and interesting work at that.”

“I would really like to have an active life – new technology, including what I have seen here, I like very much.”

Medvedev is a famous technophile, rarely to be seen without his iPhone or iPad, a-Twittering away. (He loves the iStuff so much that Blackberry is trying to lure him away – Research in Motion co-CEO Jim Balsillie offered the Russian president a new Blackberry tablet on Monday.)

Medvedev said one option would be to teach at Skolkovo, a new emerging markets focused business school located on the grounds of Skolkovo, the high-tech business park Russia is hoping to create as Russia’s answer to Silicon Valley.

“As for Skolkovo, no doubt, if everything there is working will, I would certainly like to teach there,” Medvedev said. “I would like to do that not only at Skolkovo but in other places as well, because it seems to me that any politician who has headed a state simply must speak about his experience, negative and positive.”

This, of course, sent the commentariat afire with attempts to read whether this meant Medvedev was planning to leave the presidency next year to cede place to Vladimir Putin. Medvedev, 45, gave no explicit indication.