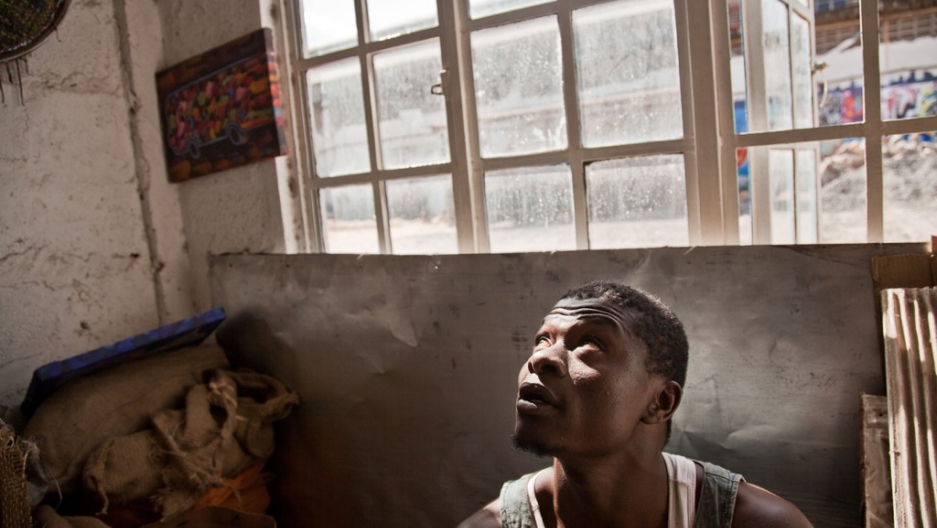 NAIROBI, Kenya — A dynamic portrait of Nairobi as a modern African city that challenges preconceptions about the continent and journalism is being created by an American photographer and a British journalist.

Between them, Brendan Bannon, 40, and Mike Pflanz, 34, have lived in Nairobi and covered Africa for more than 12 years, reporting from pretty much every country in sub-Saharan Africa.

Bannon, a freelance photographer for newspapers, magazines and nongovernmental organizations, and Pflanz, a correspondent for London’s Daily Telegraph, have reported all the stories of war, poverty, disease, corruption, chaos and failed elections that are the staples of foreign coverage of Africa.

Yet, despite this seeming misery they love Nairobi and love living in Africa. With traditional editors unwilling to see beyond the established, narrow parameters, Bannon approached universities to seek funding for a project that would enable them to report on Africa in a different way and present stories in a more dynamic fashion.

Now the exhibit has taken shape at three American universities: Buffalo State College and St. Bonaventure University, both in New York, and Bakersfield College in California. The three universities are showing "Daily Dispatches," an exhibition that is forming and expanding everyday.

Each morning in April, Bannon and Pflanz are out photographing and interviewing around Nairobi then, taking advantage of the many hours time difference between East Africa and the United States, they produce their day’s stories and email them to the universities where they are displayed.

“The exhibition is unique because it starts with four empty walls and everyday it grows,” said Pflanz.

The cityscape of Nairobi and its people are revealed bit-by-bit, day-by-day. “It’s a great way to extend the life of an exhibition that usually will open with a flourish, sit dormant for a month and then close,” said Bannon.

The idea came years back when Bannon and Pflanz were on assignment in the east of the Democratic Republic of Congo. Following the established trope they were there to report on child soldiers. Afterwards they went to the capital Kinshasa.

“We were having a picnic on a sand island in the middle of the Congo river,” recalled Bannon. “Down the far end of the island were some slum-dwellers who were out hoping to catch fish. Then, at the other end of the island a bunch of soldiers file out of a steamboat with AK-47s.

“Following the soldiers came a group of traditional Congolese dancers and drummers who lined up and started playing. And following them was a group of Emirates businessmen and Congolese dignitaries there to launch a new pan-African cellphone network,” he explained.

“Everything we experience in Africa was there on this little island. I thought people would be fascinated to hear about it but it wasn’t a story we were able to sell anywhere,” he said.

Out the back of Pflanz’s house in Nairobi one afternoon, tangles of electrical cable snaked across the table, an ashtray overflowed, birds sang in the trees that shade his garden and blips from their laptops signalled new messages coming into Daily Dispatches via Facebook, Skype, Twitter and the website’s blog.

They are editing the day’s work: a visit to an elephant orphanage squeezed between the outer edge of Nairobi’s urban sprawl and a national park full of wild animals.

They expect to be editing beyond midnight, catch a few hours sleep then head out in the morning to watch a TV news crew watching Kenyans watching the appearance at the International Criminal Court by six men accused of crimes against humanity.

Other stories so far have included a woman’s commute to work from a suburban slum to a downtown office, businessmen in the informal economy, horse racing, artists and a comic book with a message.

Thinking up different stories everyday might sound tricky, but Bannon and Pflanz say the opposite is true.

“We started coming up with ideas last October while driving together for 11 days and 4,000 miles across America from Bakersfield to New Orleans to New York,” said Pflanz. “We had 42 ideas organized in themes but we’re only going to use about half of them because we’re finding new things everyday.”

The unifying theme is stories that would not otherwise be told, but that together construct a truthful narrative of the modern African city.

“These stories don’t conform to people’s preconceived notions of what Africa is but the less stories like this get told the less room there is for them and the less they are part of how people imagine Africa,” said Bannon.

“I hope people will be surprised by what they see and that the surprise will deepen their curiosity and engagement.”

In the first few days the Daily Dispatches website has attracted well over 1,000 visitors and more than 500 Facebook “likes.” Visitors are evenly split between the U.S. and Kenya. “People here are excited to see their lives presented as they live them and as they recognize them,” said Pflanz.